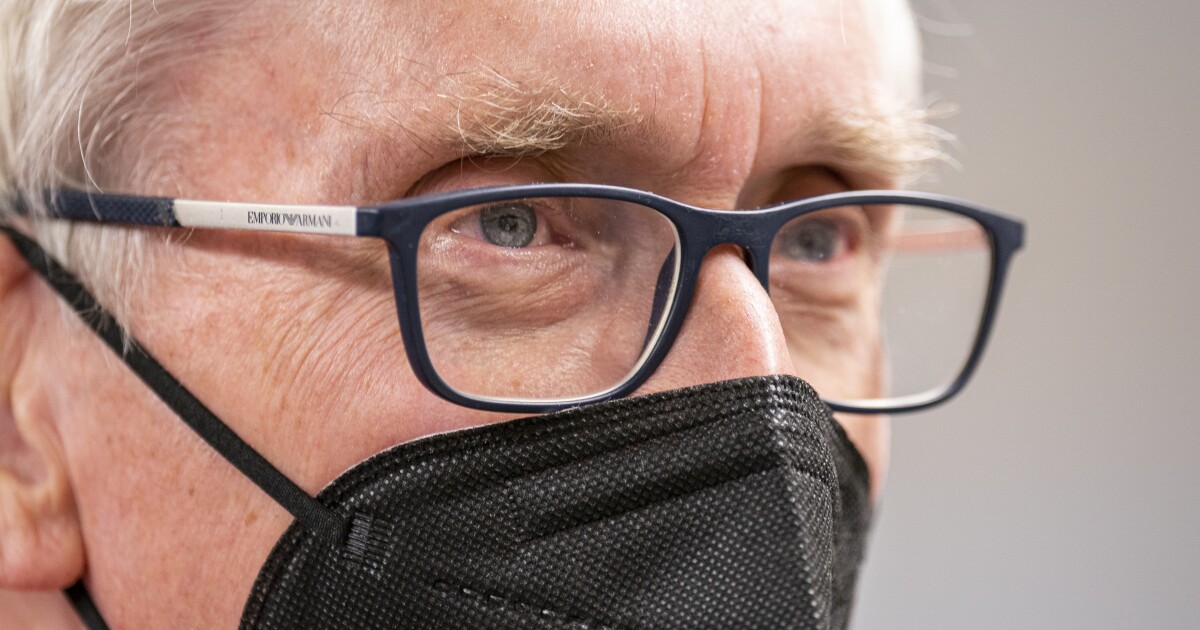 Wisconsin’s Democratic Gov. Tony Evers is known for his folksy demeanor, sprinkling his speeches with “by gollys” and the occasional PG-rated swear word. To win reelection, the 70-year-old grandfather and former teacher is trying to convince voters that he’s also a valiant defender of democracy and the lone figure ensuring their votes will still matter in 2024 and beyond.

“We are that close to not having our vote count in the state of Wisconsin,” Evers warned about 50 Democrats who braved single-digit temperatures on a recent Saturday morning to see him at a party headquarters in downtown Janesville.

In heavily gerrymandered Wisconsin, Evers is the only resistance to state Republicans eager to reshape elections to aid their party. He’s already vetoed a half-dozen bills that would make it more difficult to vote, with the GOP promising more efforts to overhaul elections this spring.

They’re destined for defeat as long as Evers is in place, but any Republican who beats him would have plenty of time to shift the playing field before 2024 — in one of the few battleground states that typically decides the presidential race.

“I don’t think he’s exaggerating when he talks about what’s at stake and the fact that he’s the last line of defense to a lot of these things happening,” said Democratic state Rep. Gordon Hintz.

Many Republicans around the country are working to undermine Joe Biden’s 2020 victory, roll back voting access in some areas and elect candidates to offices that might allow them to block unfavorable results in 2024. Evers isn’t the only battleground Democrat making the argument, particularly in the so-called “blue wall” trio of states — Wisconsin, Michigan and Pennsylvania — that Biden flipped en route to winning.

In Michigan, Atty. Gen. Dana Nessel has highlighted a Republican opponent who argued that state’s lawmakers should have voted to decertify the 2020 results.

“We are heading into November strong, but we cannot take it for granted,” Nessel tweeted this week. “Get ready to vote like democracy depends upon it. Because it does.”

In Pennsylvania, Atty. Gen. Josh Shapiro — the state’s presumed Democratic nominee for governor — is in court challenging what Republican lawmakers call a “forensic investigation” of the election amid GOP campaign trail vows to repeal the state’s mail-in voting law. Shapiro has made “defending our democracy” a central plank of his campaign.

Biden sounded some similar notes this week in a fiery speech in Atlanta, describing the raft of voting changes around the country as “Jim Crow 2.0” and imploring senators to change chamber rules to pass voting rights legislation blocked by Republicans.

Democrats are undertaking the strategy even though polls have shown it’s not front of mind with voters more concerned about rising inflation and the state of the economy.

In Wisconsin, Republicans have dismissed the “democracy at risk” argument.

Assembly Speaker Robin Vos — Evers’ chief nemesis — says Evers has latched onto it because his tenure has been a failure. He and the GOP-controlled Legislature have blocked Evers’ agenda at nearly every turn, including successfully suing to end a statewide mask mandate early last year.

“What Gov. Evers is doing is trying to take an electorate, especially his base, who look at him as weak and feckless and try to show that he matters,” Vos said.

Evers, a cancer survivor with a shock of white hair, isn’t the most electrifying candidate. His favorite meal is an Egg McMuffin, he likes to play pickleball and he has been known to kill time awaiting election night results with a game of euchre. He was the state schools chief when he won his first term by riding the Democrats’ 2018 midterm wave to the narrowest of victories over Scott Walker.

His reelection pitch isn’t only about a supposed GOP threat to democracy. He’s playing up his record, including signing two Republican-written budgets that cut taxes for the middle class, put more money to roads and increase funding for broadband.

There are scant examples of other significant areas where Evers and Republicans have been on the same page.

Evers doesn’t miss chances to remind voters about the Republican push to undo President Trump’s 2020 loss. In Wisconsin, Republicans have continued to cast doubt on Biden’s win and the integrity of elections, threatened to jail Democratic mayors and advocated for doing away with the bipartisan commission that runs elections.

“I think the people of Wisconsin understand how important it is to do the right thing, rather than to succumb to the radical extremism that that we’re hearing from the Republican Party,” Evers said at his Janesville appearance, against a backdrop of “Tony for Wisconsin” signs.

Polls and history show Evers faces an uphill battle. He beat Walker by fewer than 30,000 votes, and the candidate of the president’s party has lost the last eight races for Wisconsin governor.

Walker’s lieutenant governor, Rebecca Kleefisch, is the best-known Republican challenging Evers, and raised $3.3 million in her first four months in the race. A handful of others are considering joining the race after U.S. Sen. Ron Johnson recently announced plans to seek a third term.

A Marquette University Law School poll in November found about 45% approval for Evers, down from 51% in February 2020.

Democratic strategist Melissa Baldauff, who worked as Evers’ communications director early in his term, said he has provided steady leadership, particularly with the pandemic, that will resonate with voters.

“I think about who I call when I have an emergency,” Baldauff said. “You don’t call your wild and crazy friend who you can’t count on. You call your friend that you can trust and that’s going to show up.”

Evers recognizes that his dire message makes a bit of a contrast with his image.

“Mild-mannered Tony Evers,” he said. “When democracy is on the line, I’m going to speak up. You have to. I guess people should say it’s got to be important if Evers is making a big deal out of it.”