Wildfire in southwest Turkey whipped up by wind and heat 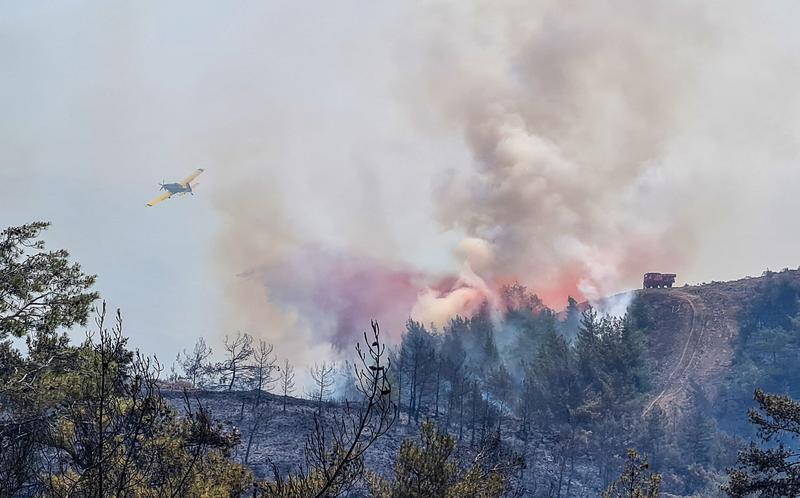 Reuters footage showed smoke-billowing hills and police water cannon vehicles helping firefighters as the blaze spread through a forest in the sparsely populated area. The cause of the fire, which began around 8 p.m. (1700 GMT) on Tuesday, remained unclear.

“We said the fire was largely under control in the morning… however our fears came true, the rise in wind speed and temperature caused the fire to flare up again and spread,” he said speaking in the Aegean coastal resort of Marmaris.

Some 150 people from 51 houses were evacuated in the area as a precaution, he also said.

Nearly 1,500 personnel, more than 360 vehicles, 20 helicopters and 14 planes were involved in tackling the fire, officials said.

Last summer’s wildfires, most of which were also near Marmaris, were the most intense in Turkey on record, a European Union atmosphere monitor said last year, adding that the Mediterranean had become a wildfire hotspot.

President Tayyip Erdogan’s government was criticised for being unprepared to fight the fires last year. It responded by saying the wildfires were the worst in Turkey’s history.

Greece formally requests to buy F-35 fighter jets from US