‘We can’t go too far left’: Manchin defends holding out on Biden agenda amid battle with progressive Democrats 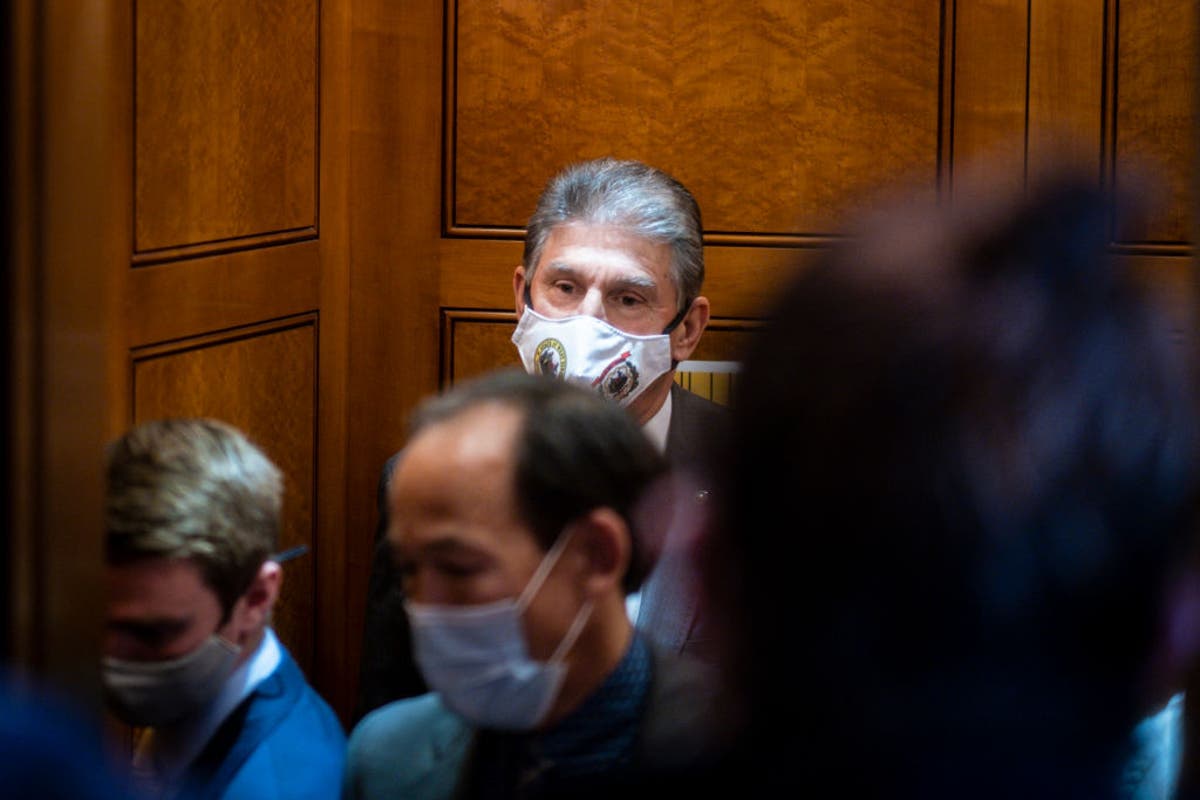 Senator Joe Manchin reiterated his belief that Democrats including President Joe Biden need to slow down their legislative agenda on Thursday, calling this week’s loss by Terry McAuliffe in Virginia evidence that the US is not ready for a wide range of liberal policies.

The conservative Democrat has been the most persistent thorn in the side of the White House as it works with Congress to pass a two pronged infrastructure and social safety net package that would provide billions for rebuilding US transit systems, provide tax credits for renewable energy use, and strengthen Medicaid to fund hearing aids (as well as dental/vision care, if progressives have their way).

Those are only a handful of the far-reaching effects of the legislation, and the bill’s actual provisions are still in flux. Democrats including House Speaker Nancy Pelosi this week announced that language mandating four weeks of nationwide paid leave would be added to the bill, a provision Mr Manchin opposes.

“I don’t think it belongs in the bill,” Mr Manchin said on Thursday, speaking with CNN’s New Day. He added that Democrats should seek to do that through a normal piece of legislation passed through the 60-vote process, a hurdle that has doomed nearly every piece of significant legislation the party has proposed due to near-unified Republican opposition to working with Democrats.

Mr Manchin then explained that he believed the US was not ready for many of the liberal policies of Mr Biden or progressives like Rep Alexandria Ocasio-Cortez and Sen Bernie Sanders, who as Senate Budget Committee chairman has championed the White House’s legislation.

“We just have to work together. We can’t go too far left. This is not a centre-left or a left country. We are a centre, if anything, centre-right country,” said the West Virginia Democrat.

His continued opposition to some of the more popular provisions Democrats are seeking to include in the reconciliation bill, likely their last chance to have major policy priorities make it through the Senate before next year’s midterms, has infuriated many in the party who have fumed that the efforts of him and Sen Kyrsten Sinema, another conservative, are making it more difficult for the party to run on a successful legislative record in 2022.

Neither of the two are up for re-election next year, while Republicans are talking up their supposed chances of taking dozens of seats in the House of Representatives if the results from the Virginia governor’s race this week bear out into GOP victories nationwide next year.

Mr McAuliffe lost to Glenn Youngkin, the Republican, in the Virginia gubernatorial race this week by about 2.5 percentage points, or just under 100,000 votes. While it was characterised on Capitol Hill and in punditry as a referendum on Mr Biden’s governance, the campaign largely focused on local issues while also gaining national attention due to Mr Youngkin’s tacit support of the anti-critical race theory protests around the nation which have emerged as efforts to tamp down on the teaching of slavery and America’s history with racism.