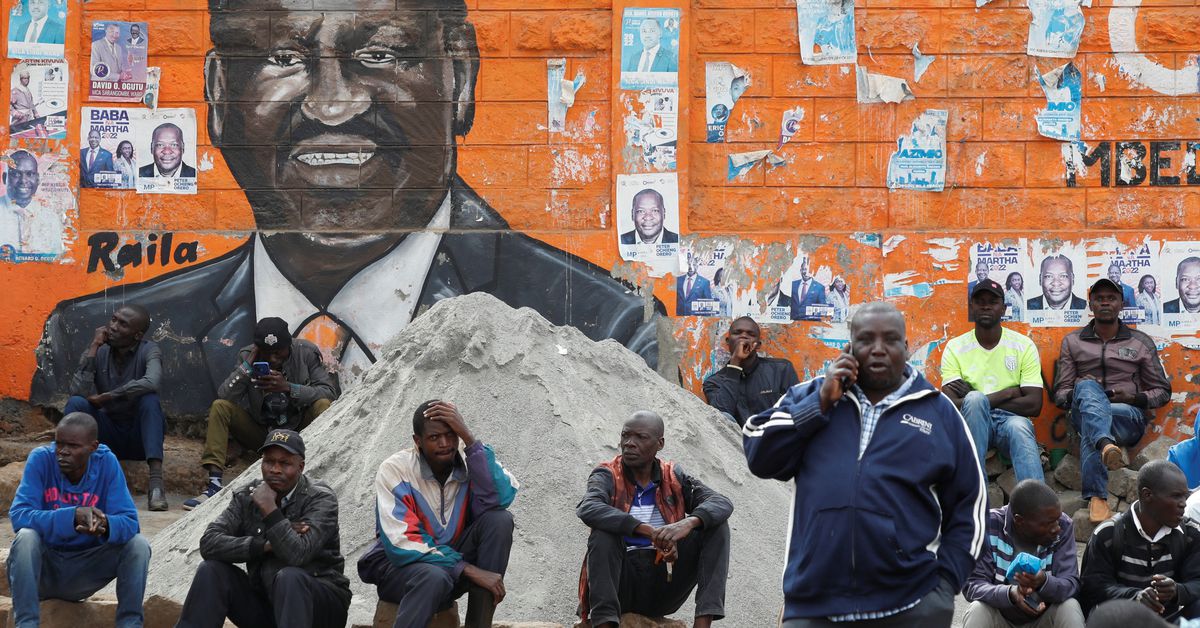 With just over 26% of votes counted, Odinga had 54% and Ruto had 45%, according to results provided by the Kenyan election commission and displayed on a large screen at a national tallying center in the capital, Nairobi.

Ruto and Odinga are in a tight race to succeed President Uhuru Kenyatta, who has reached his two-term limit. Kenyatta fell out with Ruto after the last election and has endorsed Odinga.

Election commission chairman Wafula Chebukati blamed party agents, who are allowed to scrutinise results forms before they are added to the final tally.

“Agents in this exercise cannot proceed … as if we are doing a forensic audit,” he told a news briefing on Friday.

“We are not moving as fast as we should. This exercise needs to be concluded as soon as possible.”

Representatives from Odinga and Ruto’s coalitions did not immediately respond to requests for comment.

Reuters news agency and other media outlets have been tallying results forms from 291 constituencies posted on the election commission website. These have not yet been verified, and this tally is running well ahead of the official one.

As of 1000 GMT, Reuters had tallied 236 forms, which showed Ruto in the lead with nearly 53% of the vote, compared to just over 46% for Odinga. Two other candidates had less than 1% between them.

Nineteen other forms could not be included in the count because they were unreadable or were missing information.

The forms Reuters is tallying are preliminary and the results subject to change. After the forms are uploaded to the commission’s website, Kenyan election law requires that they are physically brought to the national tallying center, where party representatives can examine them for any discrepancies.

The winning candidate must receive 50% of the national vote plus one, and at least 25% of the vote from 24 of 47 counties.

The commission has until Tuesday to declare a winner.