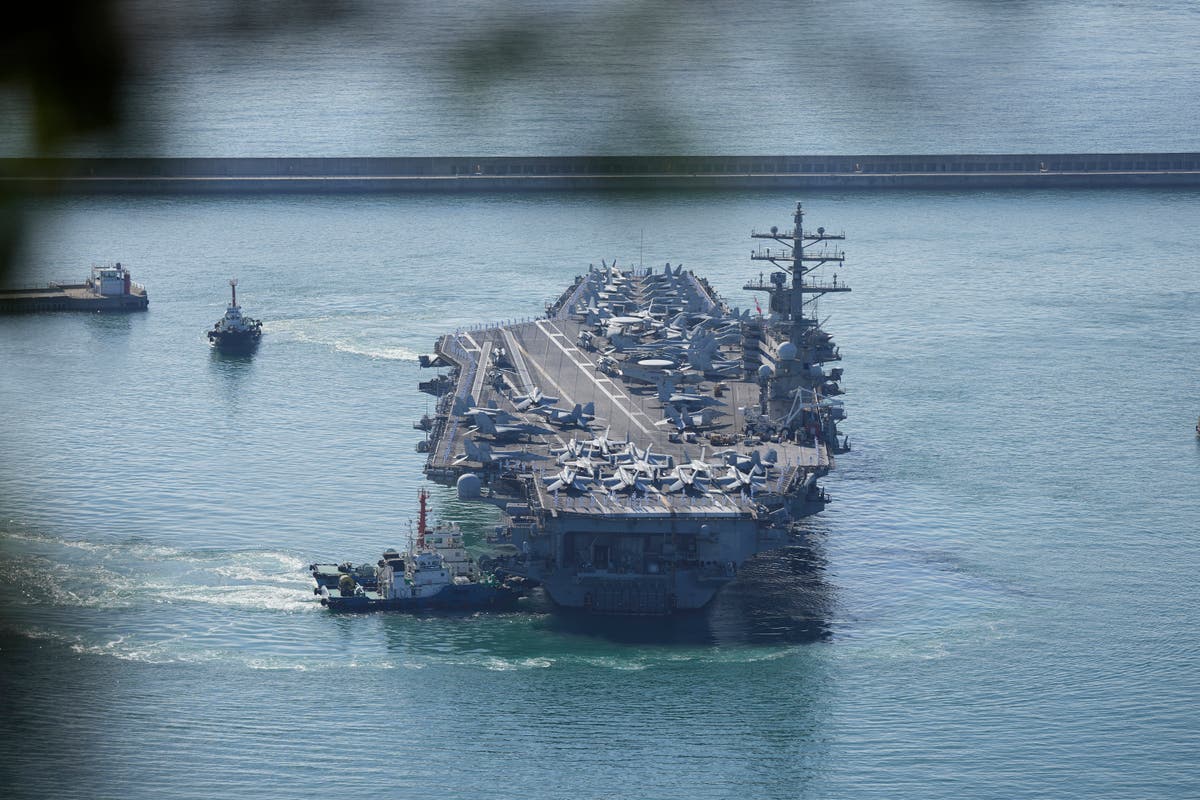 The nuclear-powered USS Ronald Reagan aircraft carrier has reached the Korean peninsula for the start of major joint military exercises between the US and South Korea.

Washington and Seoul had announced on Monday that they would carry out joint drills aimed at boosting the military readiness of both allies for the first time in half a decade, in a show of strength directed at North Korea.

The aircraft carrier and ships from its accompanying strike coalition docked at a naval base in South Korea’s southern port city of Busan on Friday.