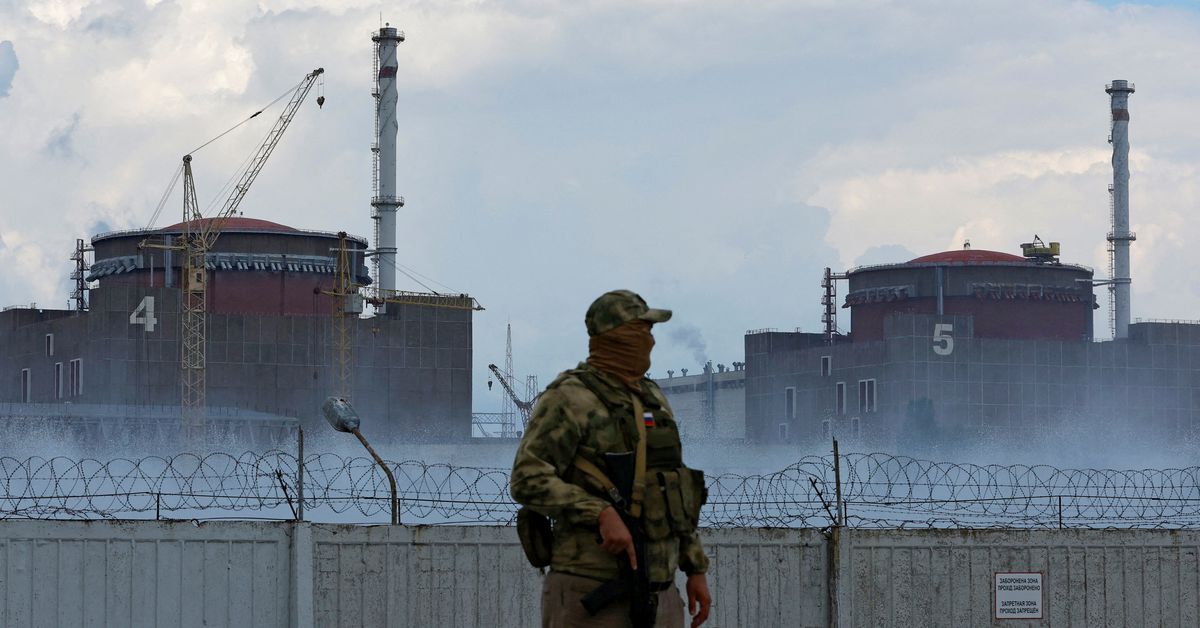 ZURICH, Aug 6 (Reuters) – The head of the International Atomic Energy Agency (IAEA) raised grave concerns on Saturday about the shelling the previous day at the Zaporizhzhia nuclear power plant in Ukraine, saying the action showed the risk of a nuclear disaster.

Both sides accused each other on Saturday of engaging in “nuclear terrorism”. Ukraine’s state nuclear power company Energoatom blamed Russia for the damage while Russia’s defence ministry accused Ukrainian forces of shelling the plant.

Grossi, who leads the United Nation’s nuclear watchdog, urged all sides in the Ukraine conflict to exercise the “utmost restraint” around the plant.

Shells hit a high-voltage power line on Friday at the facility, prompting its operators to disconnect a reactor despite no radioactive leak being detected. The plant was captured by Russian forces in early March in the opening stage of the war but it is still run by its Ukrainian technicians. read more

Energoatom said Russia wanted to disconnect the station from the Ukrainian electricity system and cause blackouts in the south of the country. Moscow’s forces, it said, had placed weapons and explosives in two of the power-generating units and mined the shoreline outside the plant.

“It is highly probable that all of this will cause a nuclear and radiation disaster,” it said in a statement on Saturday.

Russia’s defence ministry said damage to the plant had only been avoided thanks to the “skilful, competent and effective actions” of its units.

Grossi said that military action jeopardizing the safety and security of the Zaporizhzhia plant “is completely unacceptable and must be avoided at all costs”.

Reporting by John Revill in Zurich and David Ljunggren in Ottawa; Editing by Frances Kerry and Jonathan Oatis