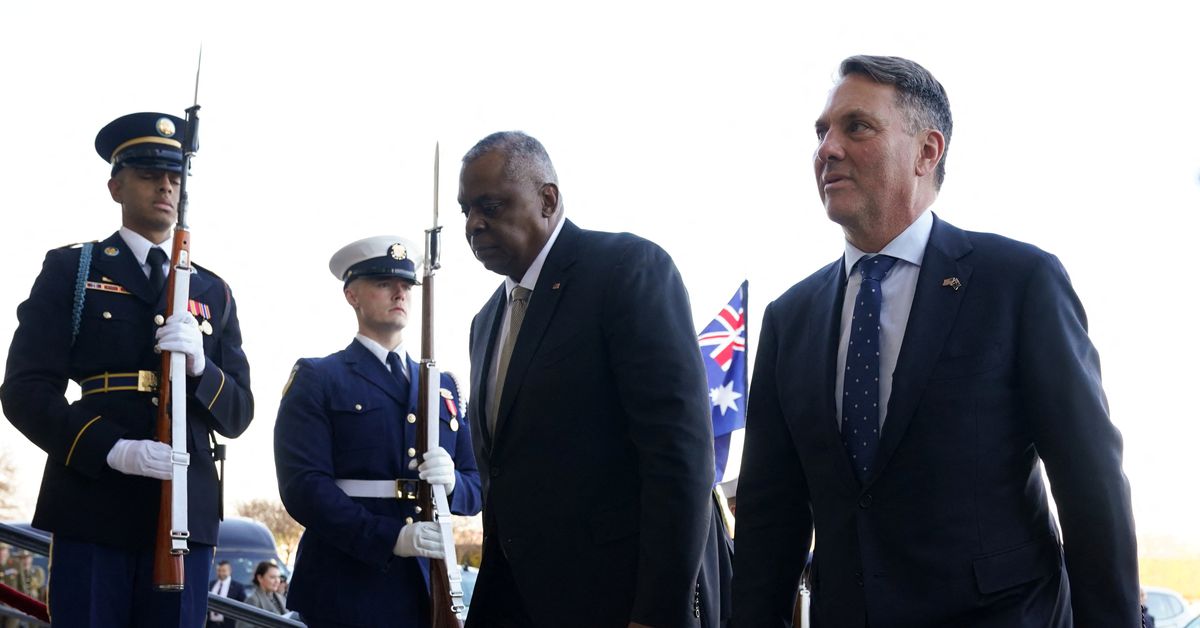 Dec 6 (Reuters) – Australia and United States defense ministers are determined to “counter destabilizing military activities by the People’s Republic of China”, they said in a statement after a meeting at the Pentagon.

U.S. Defense Secretary Lloyd Austin met with Australia’s Defence Minister Richard Marles in Washington on Monday as part of the annual AUSMIN talks that on Tuesday will include the two nations’ foreign ministers.

The AUKUS meeting comes at a critical time for the partners, which are due to decide in March whether the submarine will be British or American, and set a road map for an Australian fleet.

Australia has said it needs the long range and stealth capability of nuclear-powered submarines, which would carry conventional weapons.

A U.S. Department of Defense report on China last week said Beijing was making a diplomatic push to criticise and “subvert” AUKUS.

“PRC officials have inaccurately framed AUKUS as an act of nuclear proliferation,” the report said.

Canberra has said the Non-Proliferation Treaty (NPT) Australia is party to does not prohibit nuclear propulsion.

A statement released after the Pentagon meeting said Australia and the United States would deepen defense cooperation, including technology cooperation.

China is Australia’s largest trading partner and the top market for exported iron ore, but Canberra has grown concerned about Beijing’s military ambitions in the South Pacific after it struck a security pact with the Solomon Islands this year.

A meeting between Australia’s Prime Minister Anthony Albanese and Chinese President Xi Jinping last month at the G20 was a step towards normalising ties but would not bring a shift in Canberra’s defense policy, Australian diplomats said. read more

Reporting by Kirsty Needham in Sydney. Editing by Gerry Doyle