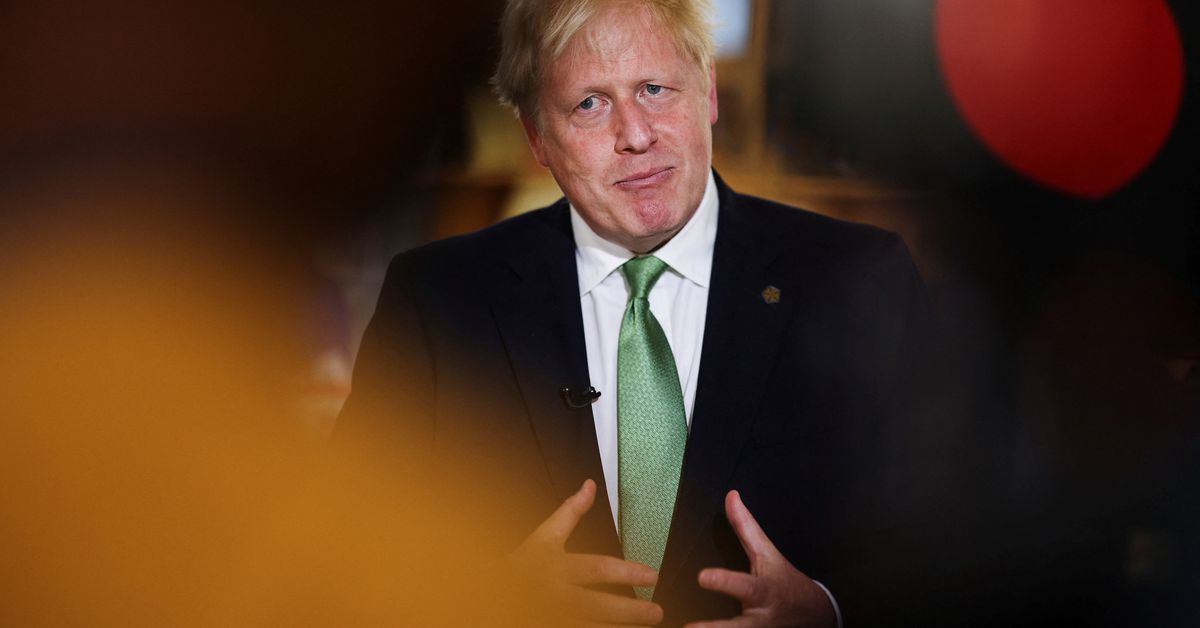 KIGALI, June 23 (Reuters) – British Prime Minister Boris Johnson moved away from a confrontation with Prince Charles over the government’s immigration deal with Rwanda after his spokesman said the matter would not likely be raised in talks with the heir to the throne.

Under an agreement struck between London and Kigali, Britain will send tens of thousands of migrants who arrive on its shores illegally more than 4,000 miles (6,4000 km) to the East African country.

British newspapers have reported that Charles had privately criticised the plans, which have also drawn an outcry from political opponents and human rights groups, while the first planned deportation flight was blocked by an injunction from the European Court of Human Rights. read more

Earlier on Thursday Johnson, who like Charles is attending a Commonwealth leaders’ summit in Rwanda, had said he would raise the issue with the prince, saying “critics need to keep an open mind about the policy”.

“A lot of people can see its obvious merits. So yeah, of course, if I am seeing the prince tomorrow, of course I am going to make that point,” Johnson told reporters in Kigali.

Asked if he would he defend it if Charles were to raise it, Johnson said: “Yes, it hasn’t come up so far, of course.”

However, his spokesman later said Johnson was unlikely to raise the matter.

“It is not something that the prime minister is focused on at the start of this summit,” he said.

According to the media reports, Charles said he was more than disappointed at the government’s Rwandan plan, which he described as “appalling”.

His office Clarence House has previously said it would make no comment on the “supposed anonymous private conversations”, merely stating the prince remained politically neutral and that policy matters were for the government.