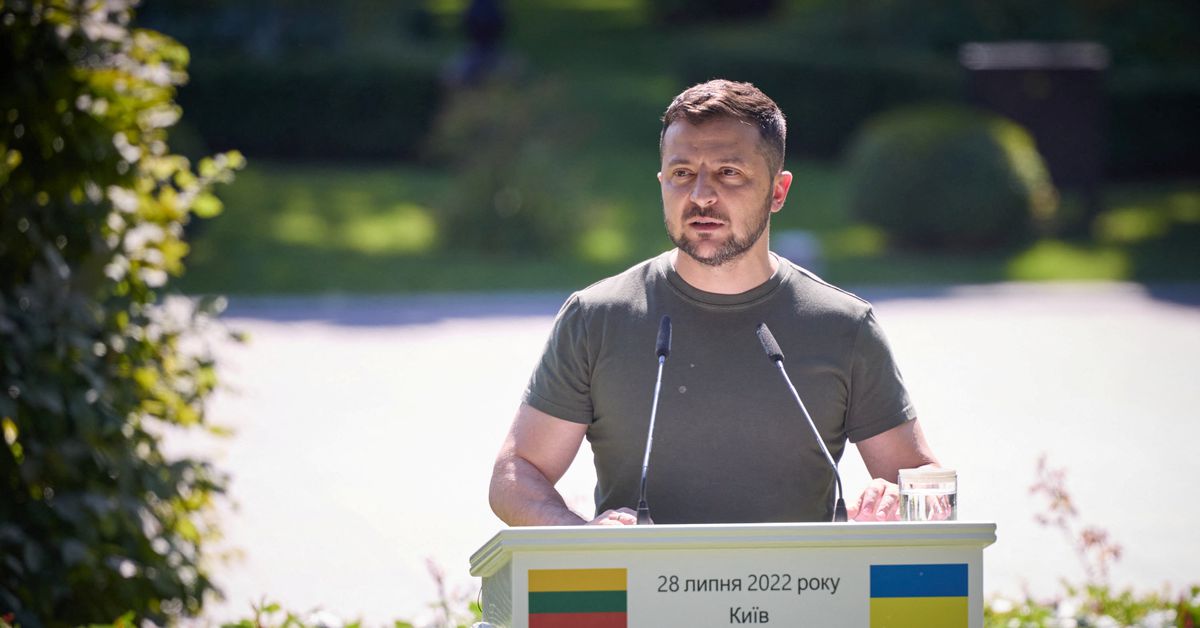 He said he and Guterres, meeting in the western city of Lviv, had discussed a U.N.-brokered deal aimed at easing a worsening global food crisis, and agreed that coordination of efforts under it to ensure Ukrainian exports should continue.

“Particular attention was paid to the topic of Russia’s nuclear blackmail at the Zaporizhzhia NPP. This deliberate terror on the part of the aggressor can have global catastrophic consequences for the whole world,” Zelenskiy wrote on the Telegram messaging app.

“Therefore, the U.N. must ensure the security of this strategic object, its demilitarization and complete liberation from Russian troops.”

Kyiv accuses Moscow, whose forces captured the nuclear plant in March, of using it as a shield from which it shells Ukrainian targets. It also says Russia has shelled the plant. Moscow says Ukraine is the one shelling the facility. read more

Russia said on Thursday it could shut down Europe’s largest nuclear power plant after it came under shelling at the front lines in Ukraine, a move Kyiv said would increase the risk of a nuclear catastrophe there. read more

In a post on Telegram under two photos of Zelenskiy and Guterres meeting, the Ukrainian leader added: “We agreed to continue the coordination of the grain initiative implementation.

“We also discussed the possible directions of its development, the issue of illegal and forced deportation of Ukrainians, the release of our military personnel and medics from captivity,” he said.

Under the July 22 framework deal brokered by Turkey and the United Nations, Ukraine managed in early August to resume exports from its Black Sea ports, which had been stalled for five months because of Russia’s Feb. 24 invasion. read more