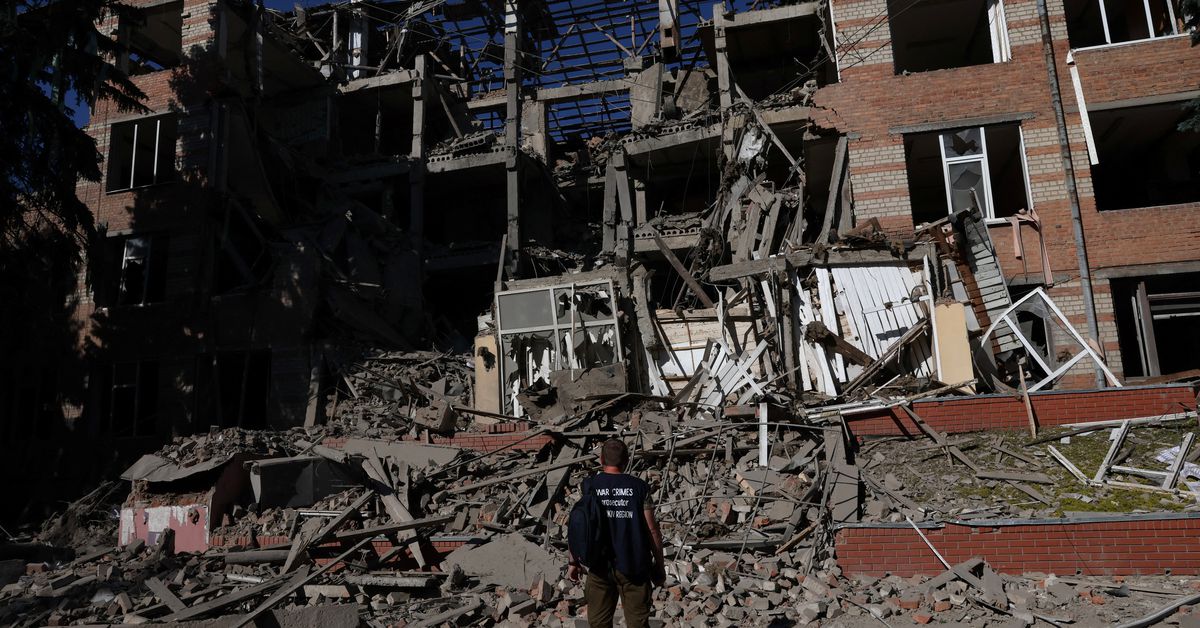 European leaders will formally set Ukraine on the long road to EU membership at a summit in Brussels on Thursday. Though mainly symbolic, the move will help lift national morale at a very difficult time in a four-month conflict that has killed thousands, displaced millions and flattened towns and cities.

The war has also had a massive impact on the global economy and European security arrangements, driving up gas, oil and food prices, pushing the EU to reduce its heavy reliance on Russian energy and prompting Finland and Sweden to seek NATO membership.

The EU will temporarily shift back to coal to cope with dwindling Russian gas flows without derailing longer-term climate goals, an EU official said on Wednesday, as a tight gas market and soaring prices set off a race for alternative fuels.

Zelenskiy said he had spoken to 11 European Union leaders on Wednesday about Ukraine’s candidacy and will make more calls on Thursday. He said earlier he believed all 27 EU countries will support Ukraine’s candidate status.

“We deserve it,” Zelenskiy told crowds in Amsterdam via video link.

Diplomats say it will take Ukraine a decade or more to meet the criteria for joining the EU. But EU leaders say the bloc must make a gesture that recognises Ukraine’s sacrifice.

With its forces running low on ammunition as a fierce war of attrition grinds on in the Donbas, Ukraine has more urgent priorities in the near term.

‘NO LETUP’ IN SHELLING CIVILIANS

The Russian strikes on Tuesday and Wednesday on Kharkiv, near the Russian border, were the worst for weeks in an area where normal life had been returning since Ukraine pushed Moscow’s forces back last month.

Kyiv characterized the strikes, which reportedly killed at least 20 people, as a bid to force Ukraine to pull resources from the main battlefields in the Donbas to protect civilians.

“There is no letup in the shelling of civilians by the Russian occupiers,” he wrote on the Telegram messaging app. “This is evidence that we cannot expect the same scenario as in Chernihiv or Kyiv, with Russian forces withdrawing under pressure.”

Ukrainian presidential adviser Oleksiy Arestovych said in a video address that Russian forces were hitting Kharkiv to terrorize the population and force Ukraine to divert troops.

A worker from the war crimes prosecutor’s office takes in the damage from overnight shelling that landed on a building of Kharkiv’s Housing and Communal College as Russia’s attack on Ukraine continues in Kharkiv, Ukraine, June 21, 2022. REUTERS/Leah Millis

Zelenskiy has warned the fighting may escalate before the EU summit. Russia has long opposed closer links between Ukraine, a former Soviet state, and Western clubs like the EU and the NATO military alliance.

“There were massive air and artillery strikes in Donbas,” he said in a video address released early Thursday, adding Russia wants “to destroy the entire Donbas step by step.”

In an indication that the military situation for Ukraine in the Donbas was becoming more difficult, Tass news agency indicated Russian forces were on the verge of capturing the village of Vovchoyarivka, some 12 km south west of Lysychansk.

Tass cited sources close to troops fighting for the self-declared separatist Russian-speaking Luhansk region. The village lies close to a major highway leading out of Lysychansk to the town of Bakhmut to the south west.

In an evening military update, Ukraine’s General Staff catalogued continued heavy Russian shelling of Kharkiv and other towns and villages in its vicinity and air strikes on the devastated city of Sievierodonetsk, among others.

Luhansk’s regional governor, Serhiy Gaidai, said in an online post Wednesday evening that Russian forces continue to build up reserves in Sievierodonetsk in an attempt to encircle Ukrainian troops.

He rejected Russian claims that its military already controls the city. “Battles are continuing,” he told Ukrainian Television. “Russian forces do not have full control.”

Moscow says Ukrainian forces in Sievierodonetsk, scene of the heaviest recent fighting, are trapped. It ordered them last week to surrender or die after the last bridge over the Siverskyi Donets river was destroyed.

In an indication the military situation for Ukraine in the Donbas was becoming more difficult, Tass – citing Russian-speaking separatists fighting for Moscow – said Russian forces were on the verge of capturing Vovchoyarivka, a village some 12 km (7 miles) southwest of Lysychansk.

The village lies close to a major highway leading out of Lysychansk, a sister city across the river from Sievierodonetsk.

Inside Russia, a fire tore through an oil refinery just 8 km (5 miles) from the frontier with Donbas territory controlled by pro-Russian separatists, after what the refinery described as a cross-border attack on Wednesday by two drones.

There was no immediate Ukrainian comment on the strike, which suspended production at the Novoshakhtinsk refinery.

Ukraine generally does not comment on reports of attacks on Russian infrastructure near the border, which it has called “karma” for Russian attacks on Ukraine.