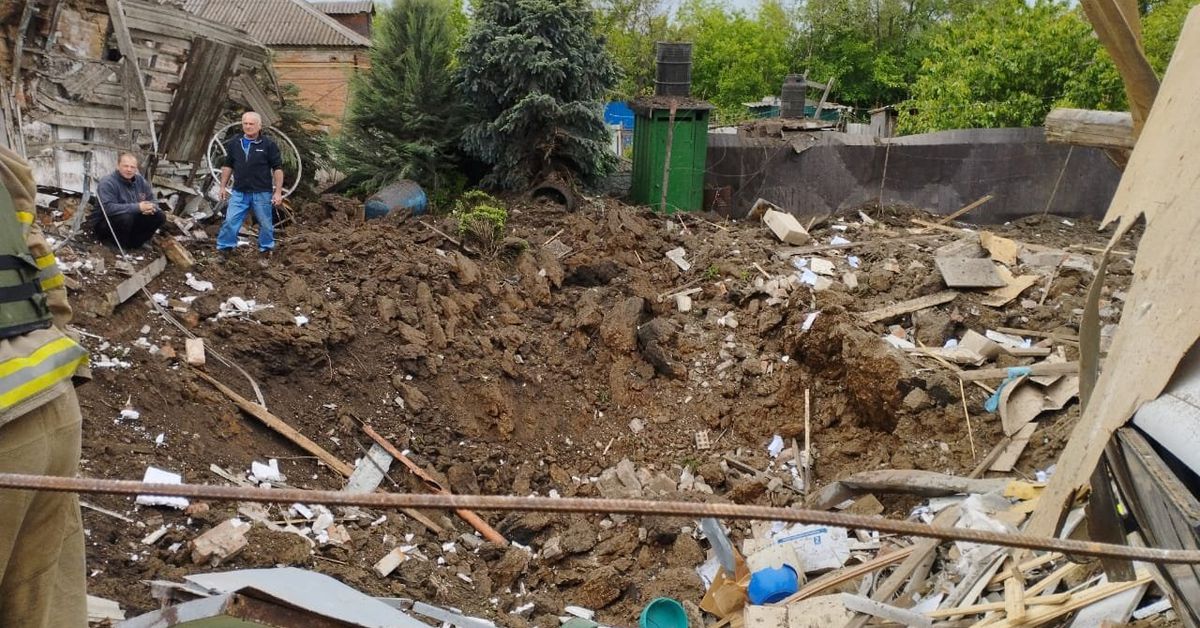 “The Russian enemy carried out massive artillery shelling of civilian infrastructure, including multiple rocket-launchers,” it said in a statement.

Russian shelling in Luhansk, also in the Donbas, has killed 13 civilians over the past 24 hours, regional governor Serhiy Gaidai said.

Twelve were killed in the town of Sievierodonesk, where a Russian assault had been unsuccessful, he said.

Ukraine’s Prosecutor General office said 232 children had been killed and 427 wounded since the beginning of Russian invasion.

Reuters could not independently verify the reports and Russia denies targeting civilians.

The industrial Donbas region, the focus of recent Russian offensives, has been destroyed, President Volodymyr Zelenskiy said, as some of the world’s richest countries pledged to bolster Kyiv with billions of dollars.

Since turning away from Ukraine’s capital, Russia is using massed artillery and armour to try to capture more territory in the Donbas, comprised of the Donetsk and Luhansk areas, which Moscow claims on behalf of separatists.

“The occupiers are trying to exert even more pressure. It is hell there – and that is not an exaggeration,” Zelenskiy said in an address on Thursday night. There were also “constant strikes” on the Odesa region in the south, he said.

“The Donbas is completely destroyed,” he said.

Moscow calls its invasion a “special military operation” to rid Ukraine of fascists, an assertion Kyiv and its Western allies say is a baseless pretext for an unprovoked war.

Russia is likely to reinforce its operations Donbas region once it secures the southern port city of Mariupol, scene of a weeks-long siege, British military intelligence said.

As the invasion nears the three-month mark, the U.S. Senate on Thursday overwhelmingly approved nearly $40 billion in new aid for Ukraine, by far the largest U.S. aid package to date.

The Group of Seven rich nations also agreed to provide Ukraine with $18.4 billion. Ukraine said the money would speed up victory over Russia and was just as important as “the weapons you provide”.

U.S. Secretary of State Antony Blinken accused Russia of using food as a weapon by holding “hostage” supplies for not just Ukrainians, but also millions around the world. read more

The war has caused global prices for grains, cooking oils, fuel and fertiliser to soar.

The EU said it is looking into ways of using the frozen assets of Russian oligarchs to fund the reconstruction of Ukraine, while the United States has not ruled out possibly placing sanctions on countries that purchase Russian oil.

But divisions within NATO have also been on show, with Turkey opposed to Sweden and Finland joining the alliance in response to Russia’s invasion of Ukraine, a move that would reverse generations of military non-alignment.

The past week has seen Russia secure its biggest victory since the invasion began, with Kyiv announcing it had ordered its garrison in a steelworks in Mariupol to stand down, after a protracted siege.

British military intelligence said as many as 1,700 soldiers are likely to have surrendered at the Azovstal steel factory, matching a similar number released on Thursday by Moscow.

Ukrainian officials, who have sought a prisoner swap, have declined to comment on the number, saying it could endanger rescue efforts.

Late on Thursday, Sviatoslav Palamar, deputy head of the Azov Regiment defending the steelworks, released an 18-second video in which he said he and other commanders were still on the territory of the plant.

“A certain operation is going on, the details of which I will not disclose,” he said.

The Switzerland-based International Committee of the Red Cross said it has registered hundreds of prisoners from the plant now held by Russia, but it has not given a precise number.

The leader of Russian-backed separatists in control of the area said nearly half of the fighters remained inside the steelworks.

The wounded were given medical treatment while those who were fit were taken to a penal colony and were being treated well, he said.

Reporting by Natalia Zinets and Max Hunder in Kyiv and a Reuters journalist in Mariupol; Additional reporting by Reuters bureaux; Writing by Richard Pullin and Stephen Coates; Editing by Angus MacSwan