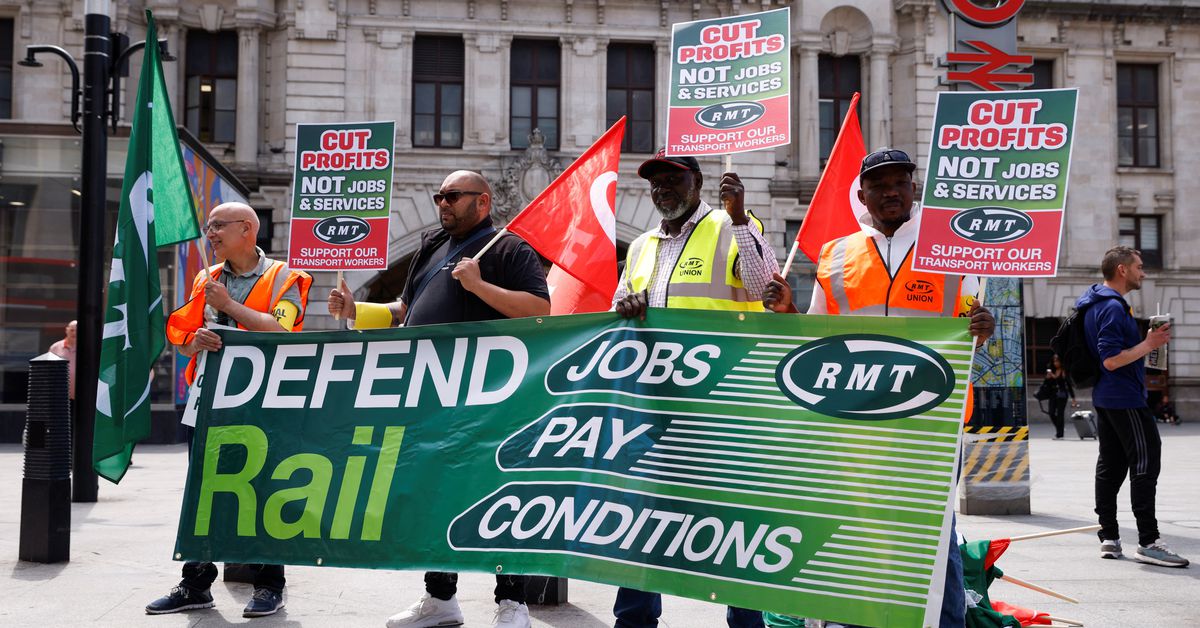 LONDON, June 23 (Reuters) – The British government set out planned changes to law on Thursday that would make it easier for businesses to use temporary staff to minimise the impact of strike action.

Britain’s rail network was brought close to a standstill on Tuesday as 40,000 workers walked out in a dispute over pay and trade unions have warned the country faces a summer of disruption as workers struggling with the mounting cost of living threaten industrial action. read more

Rail workers are set to walk out again on Thursday after talks aimed at resolving the dispute broke down without an agreement on Wednesday. A third day of action is planned for Saturday.

The government said it would remove restrictions on supplying skilled temporary agency workers to cover essential roles for the duration of a strike.

“Once again trade unions are holding the country to ransom by grinding crucial public services and businesses to a halt. The situation we are in is not sustainable,” Business Secretary Kwasi Kwarteng said.

“Repealing these 1970s-era restrictions will give businesses freedom to access fully skilled staff at speed, all while allowing people to get on with their lives uninterrupted to help keep the economy ticking.”

Businesses will need to ensure they hire temporary workers with the necessary skills and qualifications for the roles they are covering, the government said.

The change in law, which is subject to parliamentary approval, would apply across all sectors across England, Scotland and Wales and would come into force in the coming weeks, the government said.