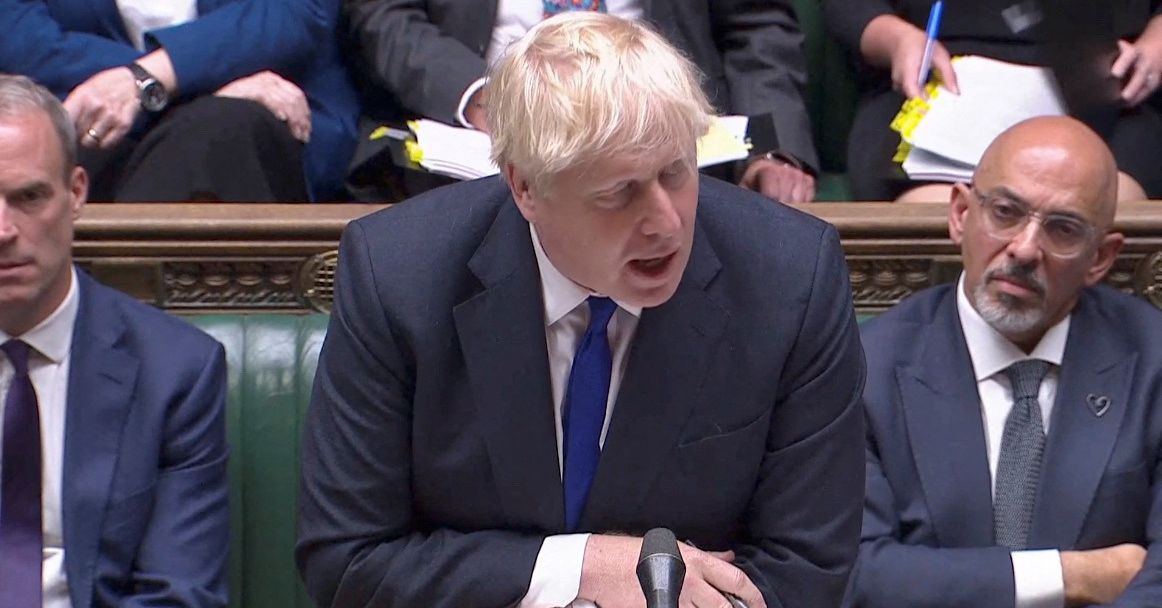 LONDON, July 7 (Reuters) – British Prime Minister Boris Johnson should be replaced immediately rather than be allowed to remain as a caretaker leader until his successor is found, several Conservative members of parliament said on Thursday.

Johnson will announce his resignation as prime minister on Thursday, a government source said, after he was abandoned by ministers and his Conservative Party’s lawmakers who said he was no longer fit to govern. read more

Five Conservative member of parliament demanded he resign on Thursday and said another minister should take over during a process that could take weeks because he has lost the authority after more than 50 people quit government.

“We need to be rid of Boris as soon as possible. He’s too toxic. Raab as interim prime minister would be acceptable,” one Conservative lawmaker said.

Johnson’s decision to quit marks the end of a political career in which he led Britain out of the European Union and took his Conservative Party to the largest election victory in three decades.

It was not clear whether Johnson would or could stay on in a caretaker role while his successor was chosen.

Business minister Kwasi Kwarteng said the Conservative Party needed a new leader as soon as feasible, and insisted the government must continue to operate.

“We now need a new leader as soon as practicable. Someone who can rebuild trust, heal the country, and set out a new, sensible and consistent economic approach to help families,” he said on Twitter.

“The wheels of government must continue in the meantime.”

George Freeman, who resigned as science minister on Thursday, was more forthright.

“Boris Johnson needs to hand in the seals of office, apologise to Her Majesty and advise her to call for a caretaker prime minister to take over today so that ministers can get back to work and we can choose a new Conservative leader to try and repair the damage and rebuild trust,” he said.