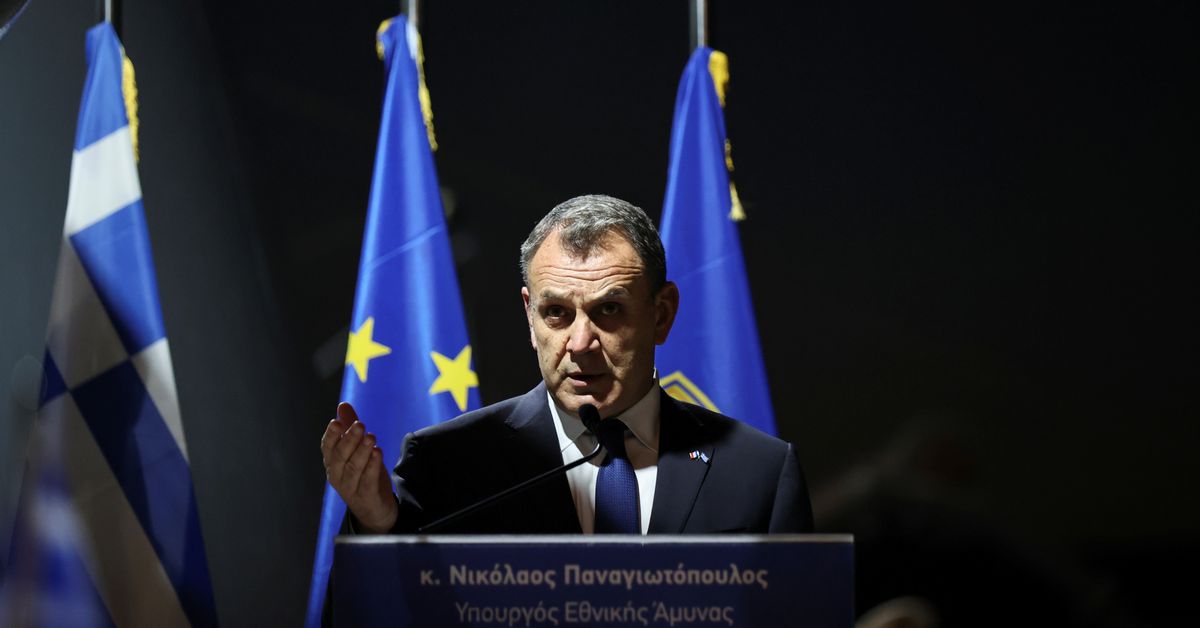 Greek Defence Minister Nikos Panagiotopoulos speaks after a deal was signed for the purchase of three frigates and six Rafale fighter jets for Greece from France on board the decommissioned Hellenic Navy cruiser “Georgios Averof”, in Athens, Greece, March 24, 2022. REUTERS/Louiza Vradi

ATHENS, July 5 (Reuters) – Greece is open to engagement with Turkey, but Ankara should start ‘playing by the rules’, Greece’s defence minister said on Tuesday.

“We would like to be able to engage with Turkey but Turkey has to play by the rules. Turkey should not be playing by its own rules, especially rules like the rule of military might and unilateral actions,” Defence Minister Nikos Panagiotopoulos said during a conference in Athens.

Greece and Turkey regularly swipe at each other over a host of grievances ranging from sea boundaries to airspace, and ethnically split Cyprus. Tensions recently resurfaced after Turkey accused Greece of arming islands in the Aegean Sea which it says should have a demilitarised status under international treaties.

Greece dismisses the assertion as unfounded.

Erdogan has vowed not to meet Mitsotakis again until the Greek leader “pulls himself together”. read more