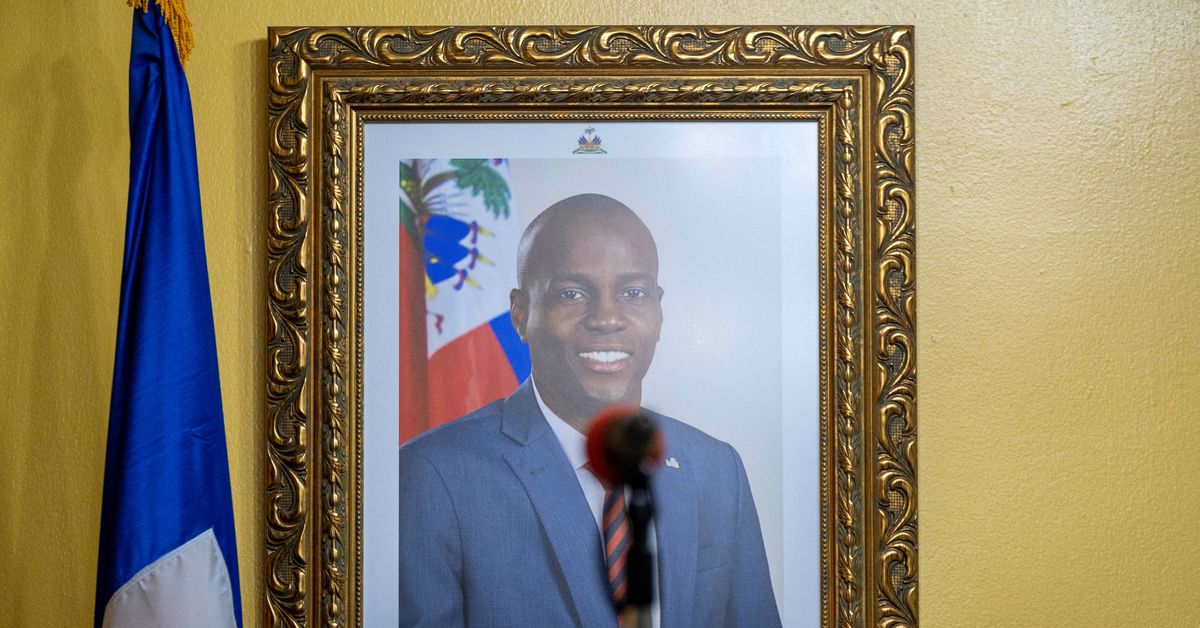 A picture of late Haitian President Jovenel Moise hangs on a wall before a news conference at his house, almost a week after his assassination, in Port-au-Prince, Haiti July 13, 2021. REUTERS/Ricardo Arduengo

ISTANBUL, Aug 6 (Reuters) – A man wanted by Haiti over his alleged involvement in the assassination of President Jovenel Moise has been freed from a Turkish repatriation centre and returned to the United States, one of his lawyers said on Saturday.

Moise, a 53-year-old former businessman who took office in 2017, was shot dead in July 2021 at his private residence. His wife was wounded in the attack. read more

Businessman Samir Handal, a Miami-based Haitian and U.S. real estate developer, was detained on an Interpol red notice as he transited through Turkey on his way from the United States to Jordan last November. read more

His lawyers said the red notice was later suspended at their request pending a final review and a Turkish court rejected Haiti’s extradition request for Handal on July 4, ruling he should be released. read more

Lawyer Mahmut Barlas told Reuters that Handal was released on Aug. 3 and arrived in the United States the following day.

Handal has said he only rented a house to Emmanuel Sanon, a suspected mastermind of the assassination, and did not know of any plans to kill Moise.

Handal’s lawyers had said he should not be extradited because he would be subject to hard labour in Haiti. They also emphasised the political uncertainty in the country.