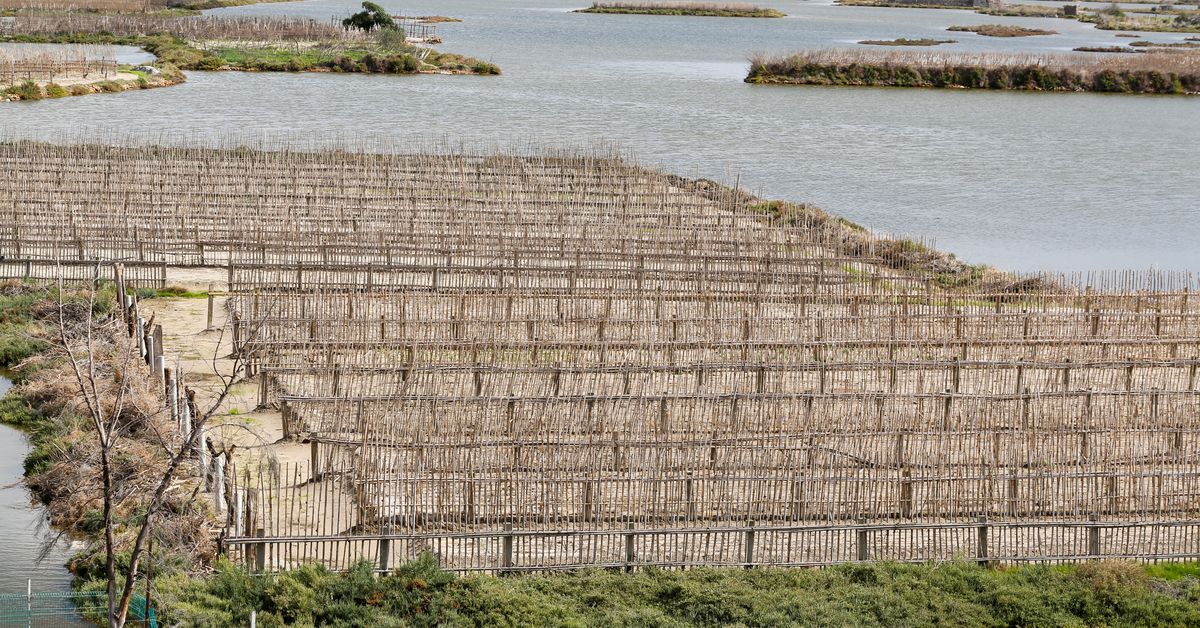 GHAR EL MELH, Tunisia, Nov 4 (Reuters) – Dotted among wetlands on Tunisia’s coast, a patchwork of tiny man-made islands stretches out towards the Mediterranean.

Ploughed in neat furrows and shored up by sandbanks inside a lagoon, they are home to a centuries-old system of agriculture that climate change threatens to wipe out.

Ali Garsi has farmed a 0.8-hectare (two-acre) plot in the Ghar El Melh wetlands, which lie some 60 km (35 miles) north of Tunis, for 20 years. Relying on a layer of freshwater that feeds his plants above a saltwater base, he grows mainly potatoes, onions and tomatoes.

But with sea levels and temperatures in the area rising and rainfall below average, his yields are dropping.

“There is a shortage in the quantities of rain, and this definitely negatively affected the quantity of our product in general,” the 61-year-old retired teacher told Reuters as he looked across the lagoon plots, collectively known as al-Qataya.

“Production is weaker, compared to years when the quantities of rain were respectable.”

Invented in the 17th century by North Africa’s Andalusian diaspora, the Ramli – meaning “sandy” in Arabic – agricultural system used by Garsi irrigates crops entrenched in a mix of sand and manure via their roots.

But the system’s reliance on a fragile balance of rain and sea tides means it faces unprecedented challenges.

“Al-Qataya has a traditional agricultural system that is now threatened with extinction due to several climate factors,” said environmental engineer Hamdi Hached.

In August, a heat spike across northern Tunisia brought temperatures of 49 degrees Celsius, the highest since 1982, and the northern provinces, including Bizerte where Ghar El Melh is situated, witnessed their hottest summer ever.

Meanwhile, rainfall fell to below two thirds of its long-term average, a shortfall that climate modelling suggests could become permanent, Hached said.

“The sea water level in the Mediterranean Sea will rise and… seep towards the areas surrounding Al-Qataya, which can … salinise the soil,” he said. “This could end this unique system.”

(This story corrects engineer’s name to Hamdi from Hamid)

Boris Johnson takes responsibility but will not quit over lockdown parties