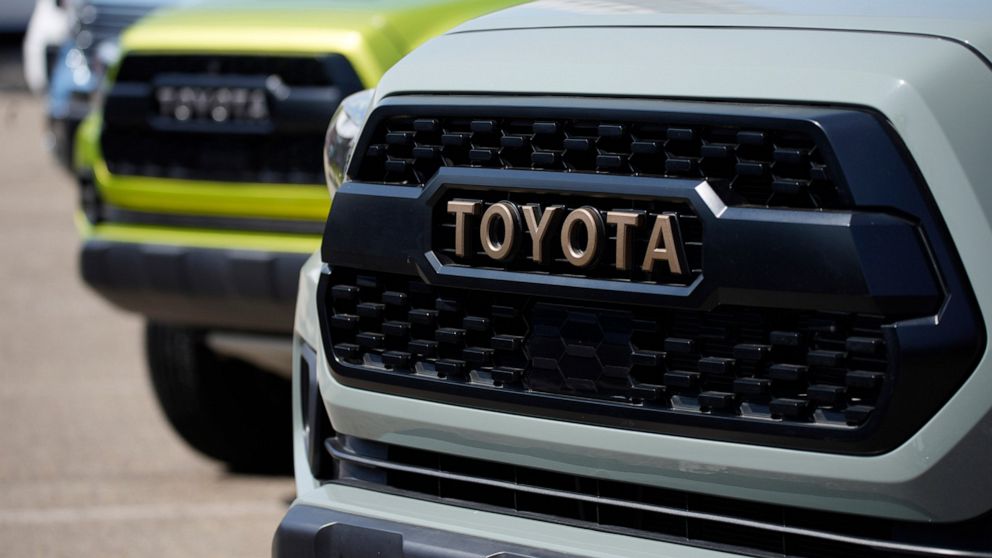 Supply chain disruptions in computer chips caused by the pandemic’s impact have hurt all the world’s automakers. Toyota has also been forced to reduce production because of the problems.

Toyota officials said production was recovering, and the company was revving up to meet the strong demand for its models, including sport utility vehicles and other offerings with solid profit margins.

The cheap yen, which helps Japanese exporters like Toyota by raising the value of products sold overseas, boosted results, offsetting the damage from rising material costs.

Cost cuts also helped, as did the rising prices of used cars and the decline in incentives, according to Toyota.

But Toyota officials stressed they were not overly optimistic because the results would have been worse if it weren’t for the “tailwind” from the currency exchange perk.

Toyota, based in Toyota city in central Aichi prefecture, is expecting to sell 9.4 million vehicles for the full fiscal year, lower than an earlier projection given in May to sell 9.6 million vehicles, including Lexus models.

The challenge is keeping model prices down despite soaring raw material costs, even as increased investments are needed for developing technology on carbon neutrality, Chief Financial Officer Kenta Kon said.