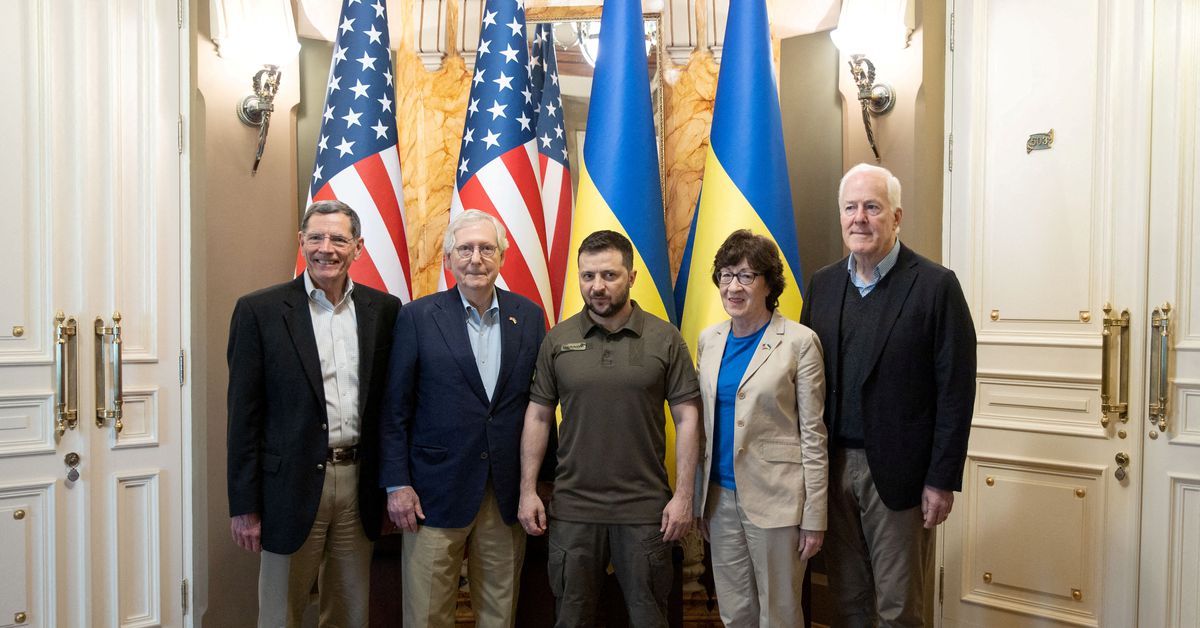 May 14 (Reuters) – Mitch McConnell, the top Republican in the U.S. Senate, paid an unannounced visit to Kyiv on Saturday with other Republican senators and met Ukrainian President Volodymyr Zelenskiy for talks.

McConnell is pressing Republican Senator Rand Paul to end his opposition to a $40 billion aid package for Ukraine, which has overwhelming support from both major parties. read more

Zelenskiy hailed what he said was a powerful signal of bipartisan support for Ukraine and the strength of relations between the two nations.

“We discussed many areas of support for our state, including in defence and finance, as well as strengthening sanctions against Russia,” he said in a video address, adding he stressed the need for Russia to be designated a terrorist state.

Why did Russia invade Ukraine? The conflict explained