Thousands march in Quito after night of Ecuador protest violence 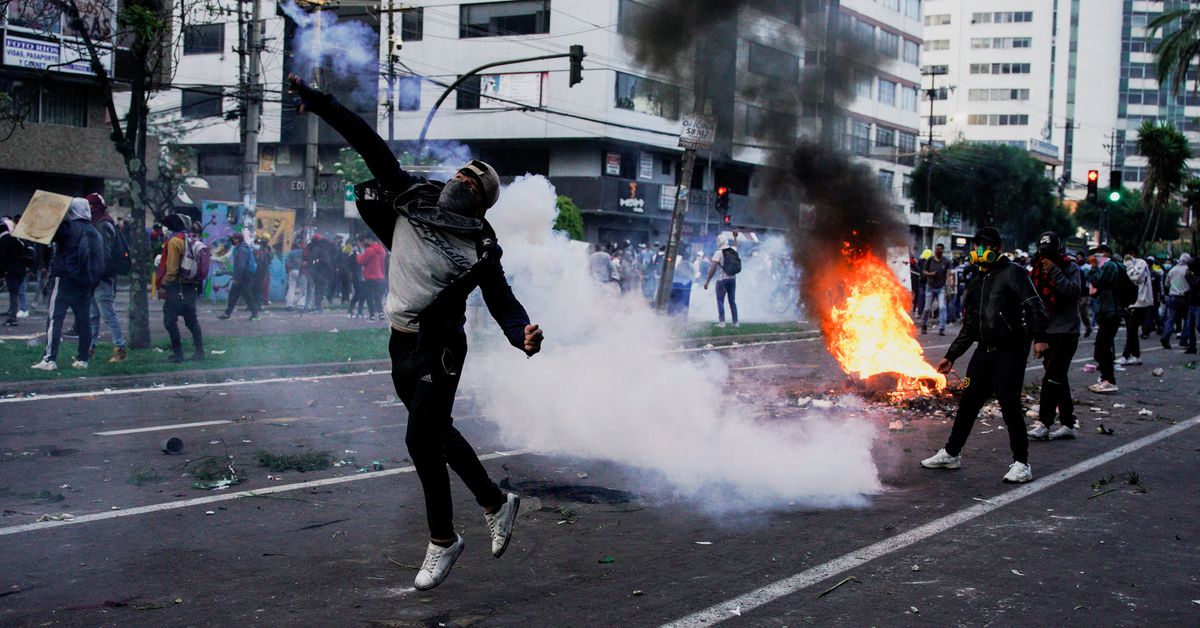 Disquiet over costs for fuel, food and other basics has exploded into sometimes-violent protests in several cities, led largely by major indigenous groups who traveled to the capital to protest.

The demonstrations – longer-lasting and larger than marches over fuel prices in October last year – are testing Lasso’s ability to restart the country’s economy and kick start employment.

Lasso has an adversarial relationship with the national assembly, where lawmakers have blocked his proposals, and he has struggled to contain rising violence he blames on drug gangs. read more

Indigenous groups are demanding a fuel price cut, a halt to expanding oil and mining and more time for farmer loan re-payments.

“Everything is expensive, we can’t take it anymore,” said Jose Guaraca, who joined the protest after traveling from the indigenous city of Guamote in a truck to Quito to demand lower fuel prices and better income for farmers.

Security forces were deployed around the government palace.

Violent clashes between soldiers and demonstrators armed with guns, spears and explosives took place on Tuesday night in Puyo, an Amazonian city, but the government has restored order, it said on Tuesday afternoon.

Interior Minister Patricio Carrillo earlier said public safety could not be guaranteed after attacks on police in Puyo.

“We’ve always had our door open to dialogue, we’ve only said that talks can’t make a mockery of the Ecuadorean people,” CONAIE president Leonidas Iza told protesters, in a video the organization published on Twitter. read more

Lasso reiterated a call for dialogue early on Wednesday.

One protester died amid the incidents in Puyo and six police officers were seriously injured, while 18 are missing, the government said.

The protester was killed after being struck in the head by a police tear gas canister, according to human rights groups.

Another protester was killed last week after falling into a ravine and the health ministry has said two people died in ambulances delayed by road blockades.