The latest news on Russia’s war on Ukraine 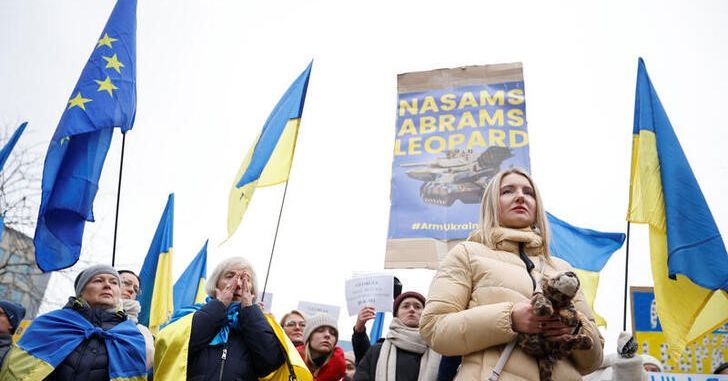 Jan 24 (Reuters) – Ukraine dismissed more than a dozen senior officials, including governors of several major battlefield provinces, in the biggest shake-up of its wartime leadership since Russia’s invasion.

* Germany faced a decision on whether allies can send German-made heavy tanks to Ukraine after Poland said it had formally sent its request to the German government.

* Kyiv has pleaded for months for Western tanks, which it says it needs to give its forces the firepower and mobility to break through Russian defensive lines and recapture occupied territory.

* Former Russian President Dmitry Medvedev hit back at Western reports that Russia was running low on missiles and artillery, saying Moscow’s weapons stocks were enough to continue fighting in Ukraine.

* Belarusian leader Alexander Lukashenko said he had been asked to conclude a non-aggression pact with Ukraine, the BelTa state news agency reported.

* President Vladimir Putin said there were shortages of some medicines in Russia and that prices had gone up, despite the country producing more of its own drugs.

* The Kremlin said it wanted skilled workers now based abroad to return to Russia and continue working to benefit the country, after hundreds of thousands of people fled abroad in the past year.

* Ukraine’s prime minister said his country has enough coal and gas reserves for the remaining months of winter despite Russian attacks on its energy system.

* Germany’s Rheinmetall (RHMG.DE) has raised its sales expectations for 2025, its chief executive said, as the defence equipment company benefits from a surge in demand for weapons due to the war in Ukraine.

* Front lines in the war have been largely frozen in place for two months despite heavy losses on both sides. Russia and Ukraine are both widely believed to be planning offensives in coming months.