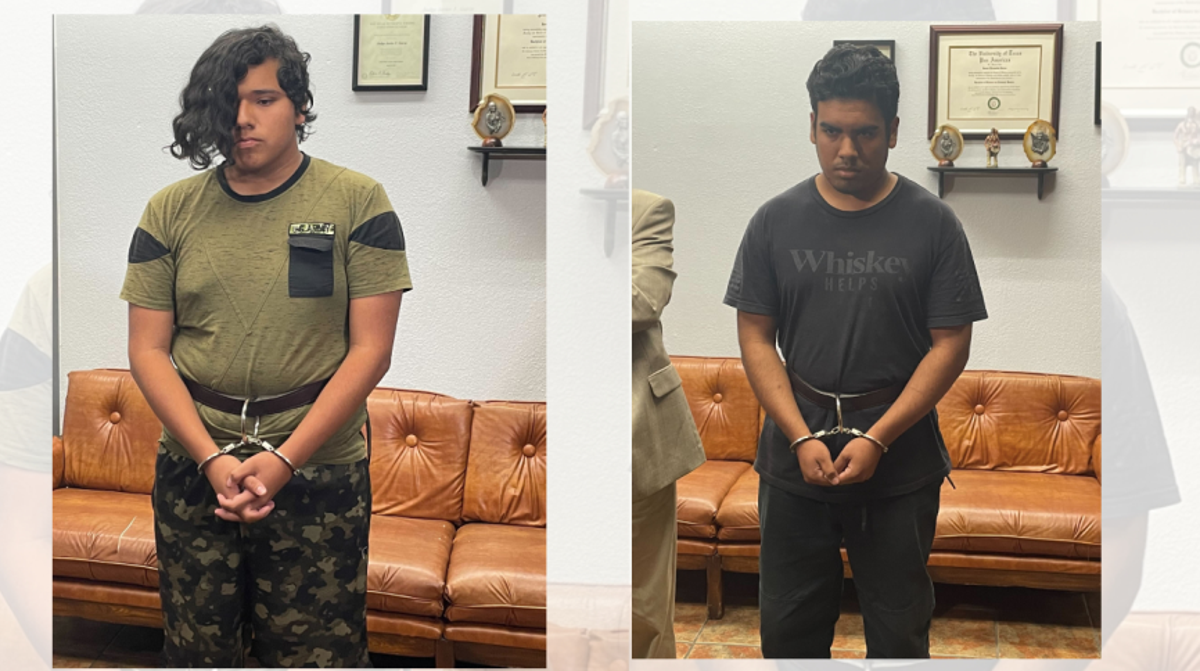 Just days after a teenage gunman murdered 19 children and two teachers in an elementary school in Texas, four men – two minors and two adults – were arrested for posing a threat to a school along the Texas-Mexico border.

At a press conference on Thursday, the chief of the Donna Police Department told reporters that Nathaniel Seth Montelongo and Barbarito Pantoja, both 17 years old, had been charged with aggravated assault with a deadly weapon.

“Our investigators worked diligently in this case, federal and local,” said Gilbert Guerrero, the department chief. “We are pretty sure that we foiled the plan to whatever was going to happen and it’s not going to happen.”

Officers had reportedly been tipped off about the threat of violence against a school in the Donna area, a city that sits about 13 miles from the US-Mexico border, on Tuesday by an anonymous source.

“We stopped an act of physical violence and harm on our students,” said Donna ISD POlice Chief Donald O Christ.

An investigation into the case is ongoing, the chief added, and specific details will not be released at this time.

Following the arrest of the four men, the Donna Independent School District released a statement saying that “out of an abundance of caution” and in “light of recent events” they would be cancelling classes throughout the district and that students would be able to return on Tuesday following the Memorial Day weekend.

In line with Texas law, the two adults involved in the threat against the school were charged as adults while the two minors will be required to appear before a juvenile magistrate.

The Independent reached out to the Donna police department for comment but did not hear back from them immediately.

The southern Texas school’s report of a “credible threat of violence” arrived in the same week that an elementary school in Uvalde was attacked by an 18-year-old gunman.

Officers in that shooting, unlike the case in Donna, didn’t apprehend the teenage shooter before he got to the school and opened fire on dozens of students and killed 21 victims.

In the wake of the Uvlade shooting, officers responding to the crisis have come under heavy criticism after it was revealed that police waited outside the classroom for nearly 40 minutes before attempting to apprehend the teenage gunman.

Governor Greg Abbott on Friday admitted that earlier statements he had made about law enforcement’s reaction to the massacre had been wrong and that he was “livid” with the new information he’d received.

“The information that I was given turned out, in part, to be inaccurate,” he said at a press conference in Uvalde. “I am livid about what happened.”