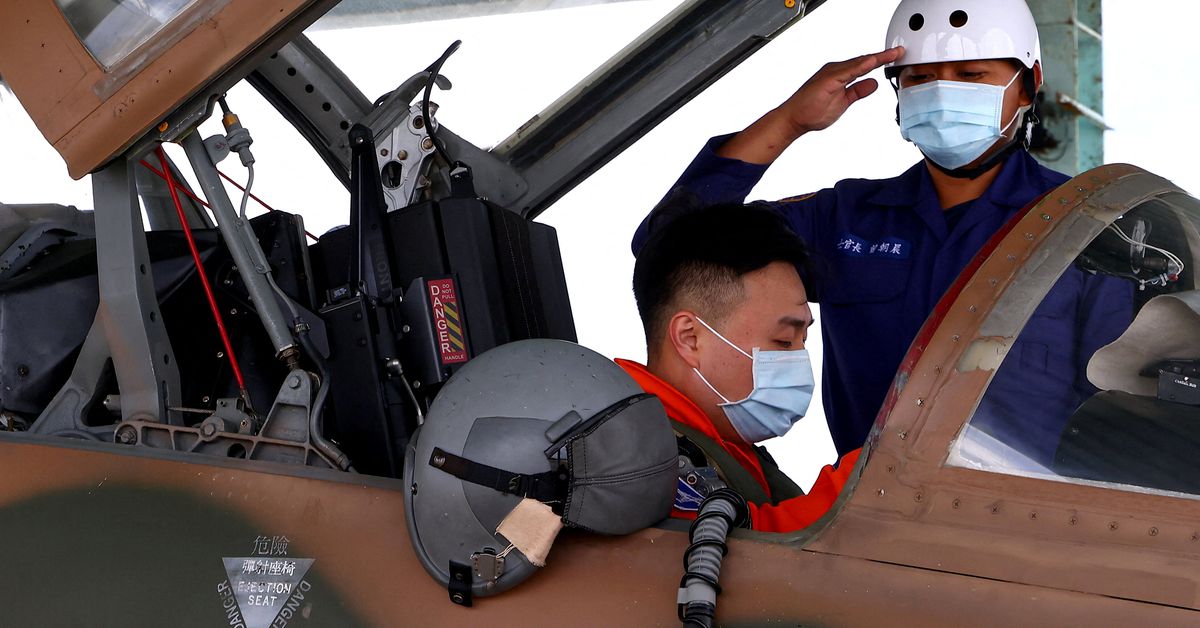 TAITUNG, Taiwan, Dec 6 (Reuters) – Taiwan’s air force may be on the front lines of defending against China’s daily incursions into the skies near the democratically governed island, but for downtime and to boost morale they have a secret weapon – their own band.

Started in 2018, the Taiwan air force’s “Tiger Band” is made up of fighter pilots, ground crews and other personnel at the Chihhang air base in Taitung on Taiwan’s mountainous and scenic east coast, singing soft rock ballads with an indigenous twist.

Taiwan’s military helped them produce a slick music video for their biggest hit to date, “Fly into the Sky”. It has only had a modest 14,000 views on YouTube so far but has garnered many comments in support of Taiwan’s armed forces.

“We are soldiers on the front line of attack, so we wanted to create this song to write our feelings towards this country and our will to defend our families into the lyrics,” lead singer Chiang Chung-hao, 34, who trains fighter pilots, told Reuters at the base.

The band was founded by the senior officer in charge of training and operations, Chen Yan-zhi, who was looking for ways to let pilots and crew decompress from the stress of flying.

“For them, this is a great way to unwind and relax and they emerge from the band room like new, as if all pressures fell off,” he said.

The band is named after the U.S.-made F-5 Tiger fighters that are based at Chihhang and which first entered service in Taiwan in the 1970s. They are now used for training rather than combat.

China, which views Taiwan as its own territory, has stepped up military pressure to assert its sovereignty claims, including staging war games near the island in August.

“Aside from our freedoms, the things that I fear losing the most are this piece of land and my beloved family,” she told Reuters.