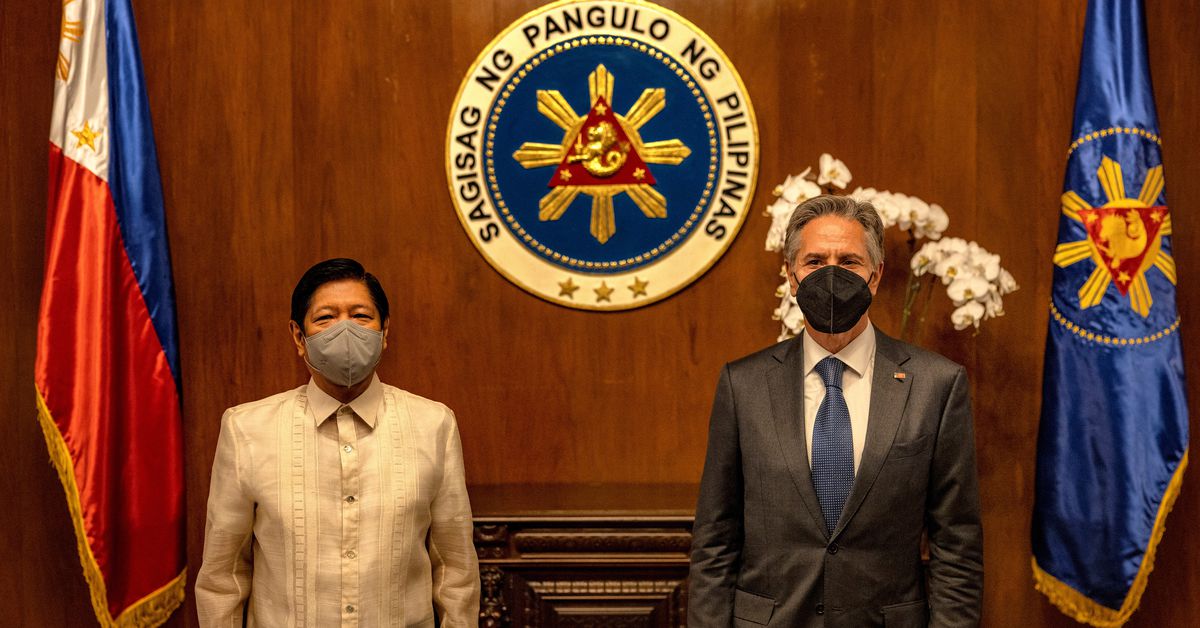 Marcos, meeting U.S. Secretary of State Antony Blinken at the presidential palace in Manila, said his visit was timely, but he believed Pelosi’s trip “did not raise the intensity” of a situation that was already volatile.

Blinken is the highest-ranking U.S. official to travel to the Philippines since the inauguration of Marcos, the son of the late strongman who Washington helped flee into exile in Hawaii after a 1986 “people power” uprising.

He assured Marcos the United States would honour its commitments to their decades-old joint defence pact.

“The alliance is strong and I believe can grow even stronger,” Blinken told Marcos.

The Philippines is a fulcrum of the geopolitical rivalry between the United States and China and Marcos faces a tricky challenging in balancing his country’s ties between the two major economic powers.

U.S.-Philippines ties were shaken by overtures towards China by Marcos’ predecessor, Rodrigo Duterte, his frequent outbursts over his disdain for the United States and his threats to downgrade their defence ties.

Blinken’s visit to the Philippines came amid rising tensions, fierce rhetoric and a demonstration of Chinese military power around Taiwan stemming from Pelosi’s visit to the self-governed island, which China regards as its sovereign territory.

“We have been at that level for a good while, but we have sort of got used to the idea,” he told Blinken ahead of a closed-doors meeting.

Blinken later held a virtual meeting with the Philippines foreign minister, Enrique Manalo, who is recovering from COVID-19.

Manalo said Washington was “an important ally, partner and friend”, but also stressed to Blinken the need for calm to prevail as tensions mount over Taiwan, an island just 260 km (161 miles) from the Philippines mainland.

“The Philippines continues of course to look at the big powers to help calm the waters and keep the peace,” Manalo said.

“We can ill afford any further escalation of tensions in the region.”

Blinken said peace and security was a challenge the United States had to deal with everywhere, but it “determined to act responsibly, so that we avoid crisis, we avoid conflict.”