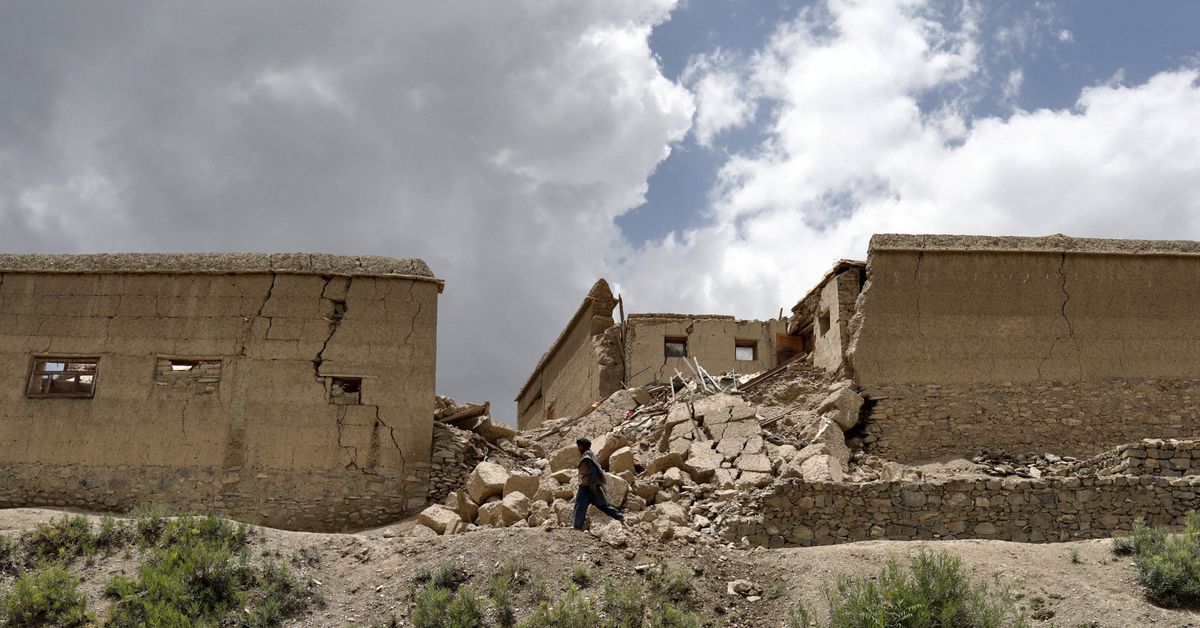 An Afghan man walks past a house that was damaged by an earthquake in Gayan, Afghanistan, June 23, 2022. REUTERS/Ali Khara

TAIPEI, June 24 (Reuters) – Taiwan will donate $1 million to Afghan earthquake relief efforts in response to a call from the United Nations and others for humanitarian assistance, the government said late on Thursday.

Taiwan is not a U.N. member due to pressure from China which considers the democratically-governed island part of its territory, but is always keen to show it is a responsible member of the international community.

Taiwan’s presidential office said in a statement that the government would donate “based on the spirit of humanitarian care for disaster relief regardless of national borders (and) responding to the United Nations and other humanitarian calls.”

However Taiwan will not send search and rescue teams after consulting with other countries and considering the difficulty of transportation, office spokesman Xavier Chang added.

Taiwan also lies in a quake-prone zone and regularly sends rescue teams to other disaster areas around the world.

China has said it stands ready to provide Afghanistan aid but has yet to provide details. Around 1,000 people are already confirmed dead from the quake in a remote part of the country this week. read more

Taiwan and China have sparred over humanitarian assistance for Ukraine, with Taiwan donating more than $30 million for refugees and rebuilding and China around $3 million.

China has accused Taiwan of using the donations for political purposes. This has been strongly rejected by the government in Taipei which has said the aid came “from our heart”. read more

Ahead of elections, Nicaragua government takes over five opposition-held towns