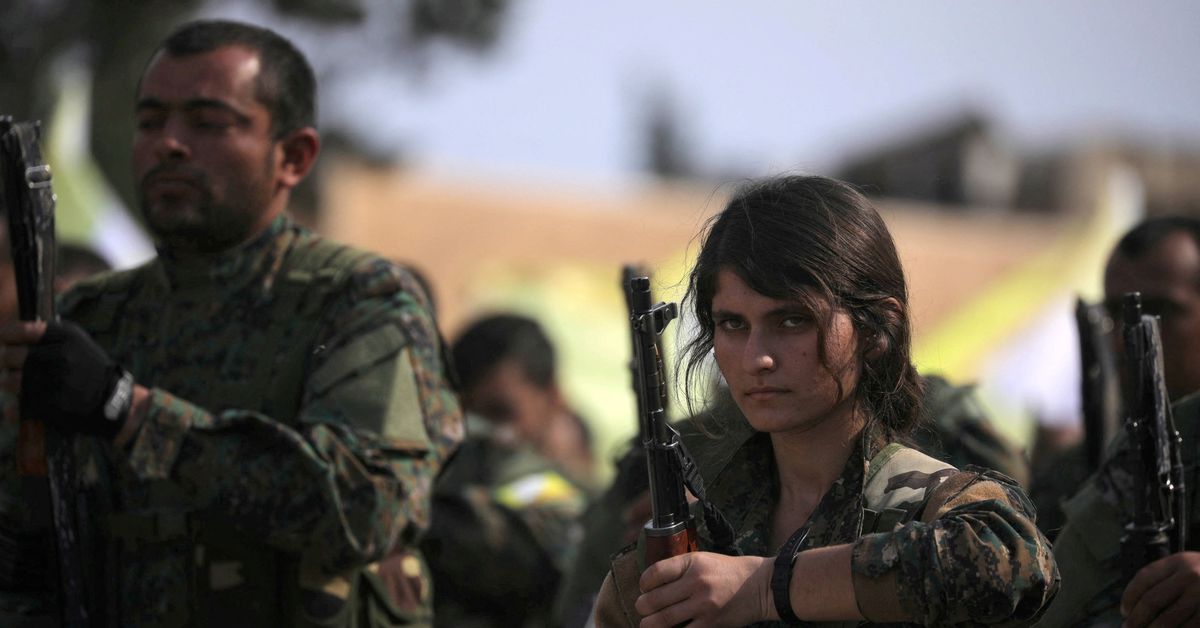 QAMISHLI, Syria, Dec 2 (Reuters) – The Syrian Democratic Forces, a U.S.-backed group that helped defeat Islamic State jihadists in Syria, said on Friday it had stopped all joint counter-terrorism operations with the United States and other allies as a result of Turkish bombardment on its area of control.

Turkey has ramped up its shelling and air strikes on northern Syria in recent weeks and is preparing a ground invasion against Syrian Kurdish fighters that it dubs terrorists but which make up the bulk of the U.S.-supported SDF.

The SDF has long warned that fighting off a new Turkish incursion would divert resources away from protecting a prison holding IS fighters or fighting IS sleeper cells still waging hit-and-run attacks in Syria.

Aram Henna told Reuters that “all coordination and joint counter-terrorism operations” with the U.S.-led coalition battling remnants of the Islamic State in Syria as well as “all the joint special operations we were carrying out regularly” had been halted.

The Turkish bombardment – using both long-range weapons and air strikes – has frustrated its NATO ally Washington.

U.S. Defense Secretary Lloyd Austin told his Turkish counterpart on Wednesday that the United States was in “strong opposition to a new Turkish military operation in Syria.”

Austin also said Turkish raids had “directly threatened the safety of U.S. personnel who are working with local partners in Syria to defeat ISIS,” according to the Pentagon. read more

White House spokesman John Kirby on Friday echoed those remarks, telling reporters that while the United States backs Turkey’s ability to defend itself in Turkey, “there’s lots of reasons why these operations give us concern,” including the potential harm to civilians and Americans in that part of Syria.

“We also don’t want to see anything that would affect our ability to continue to put the pressure on ISIS and to affect our partnership with the SDF,” Kirby told reporters in a briefing, adding that previous Turkish operations have made the SDF “less willing to continue to contribute to counter-ISIS” operations.

Kirby said, broadly speaking, the Turkish strikes have continued over recent days and may pause at times “but we haven’t seen them call a halt to airstrikes.”

The U.S.-led coalition has backed the SDF with air strikes, military equipment and advisers since 2017, first helping it wrest back territory from IS and then supporting clearing operations against jihadist sleeper cells.

Pentagon spokesman Brigadier General Patrick Ryder had earlier told reporters that only joint patrols had been suspended and that operations against IS had not stopped.

The U.S.-led coalition did not immediately respond to questions from Reuters on Friday about whether more operations had been suspended.

Sheikhmous Ahmed, the head of the displacement department in Syria’s northeast, told Reuters that Turkish raids in late November had disrupted operations in and around al-Hol, a detention camp where women and children affiliated to IS fighters are held.

He said humanitarian operations were suspended for several days and that some minors affiliated to IS had tried to escape but were caught.

A Western source briefed on the matter confirmed that there was “some worrying movement” in the section where foreign IS-linked women and children were held.

“We are still nervous. We need stronger, more solid statements to stop Turkey,” he said. “Turkey has announced its intent and is now feeling things out. The beginning of an invasion will depend on how it analyses the positions of other countries.”

“Broadly, I think you can assume that the Russians will try to take advantage of whatever divisions they can … for their own benefit,” Kirby said.