Somalia’s new president to be elected by parliament behind barricades 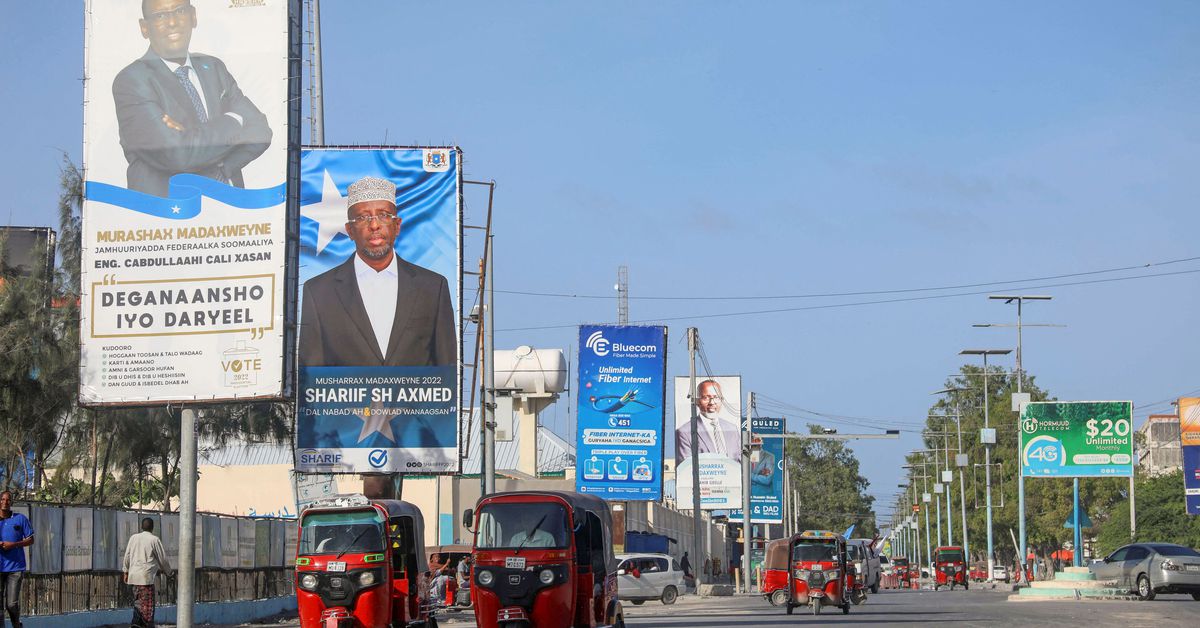 MOGADISHU, May 15 (Reuters) – Hundreds of Somali parliamentarians will meet on Sunday in a heavily-fortified airport hangar to choose a new president in a vote needed to ensure the impoverished and conflict-riven nation keeps receiving foreign financial aid.

The vote has been delayed over-and-over due to squabbling within government but must be held this month for a $400 million International Monetary Fund (IMF) programme to stay on track.

It takes place during the Horn of Africa nation’s worst drought in four decades and against a depressingly familiar background of violence due to a war by Islamist rebels, in-fighting among security forces and clan rivalries.

On Wednesday, a suicide bomb claimed by al Shabaab militants injured seven people during political rallies near the hangar where parliamentarians will gather. On Friday, fighters from a Sufi Muslim group battled government forces for the capital of Galmudug state.

The head of the semi-autonomous region of Puntland, Said Abdulahi Deni, also has a good chance, analysts say.

The 36 candidates only include one woman, former foreign minister Fawzia Yusuf Adam. Some 329 parliamentarians from both houses are eligible to vote. read more

African Union peacekeepers will guard the site during an expected two or three rounds of voting which, many Somalis say, is traditionally more influenced by bribery than policies.

Ahmed, a former Islamist, took over as president of a Western-backed transitional government in 2009, establishing the national army and helping push al Shabaab out of Mogadishu.

The other former president, Mohamud, was a peace activist and academic. Both were accused of failing to stem corruption.

Despite being cracked by civil war since 1991, Somalia has held relatively peaceful changes of leadership every four years since 2000, though the latest one has been delayed since 2021.