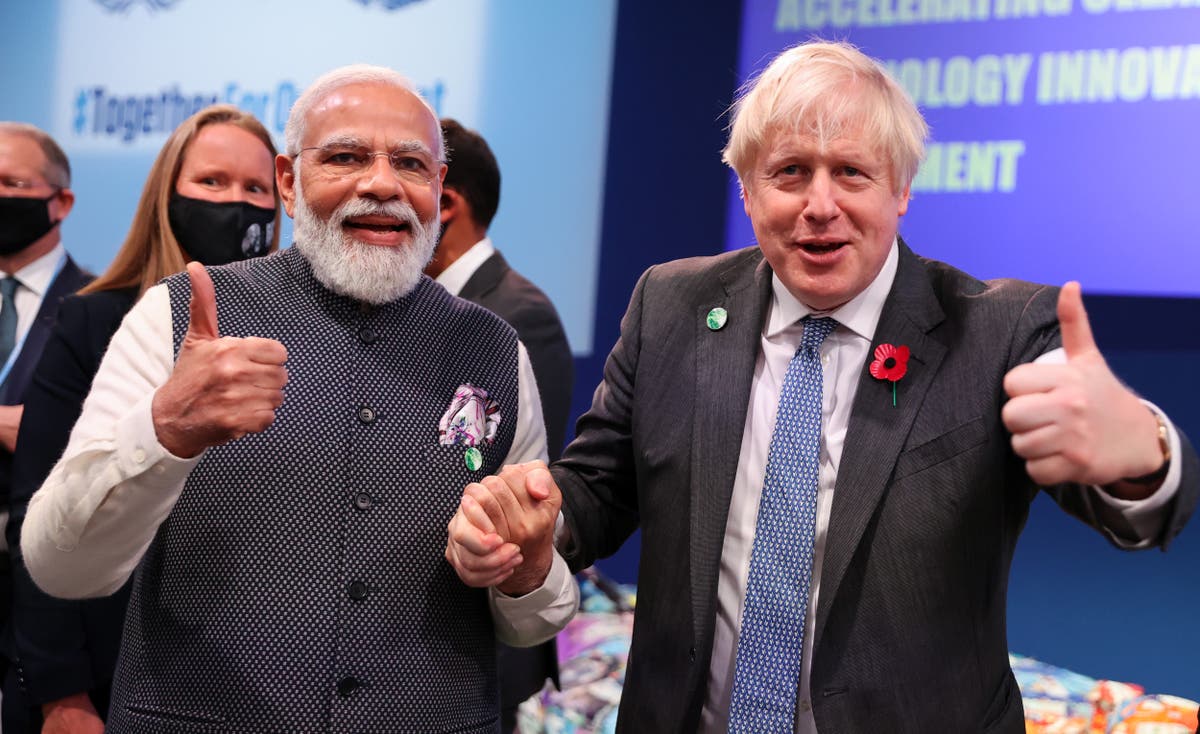 India and the UK have together unveiled the world’s first transnational network of interconnected solar power grids at the Cop26 summit, calling it an answer to the challenges of solar power.

The project, called Green Grids Initiative: One Sun One World One Grid, will connect 140 countries through a solar-powered electricity network. It aims to solve the biggest challenge to solar energy — the availability of sunlight — by producing energy wherever the sun is shining and providing it to other areas, ensuring a 24-hour supply.

The ambitious plan is jointly spearheaded by India and the UK and has the support of 80 members of the 99-nation strong International Solar Alliance (ISA). India and France launched the ISA on the sidelines of the Paris Cop21 summit in 2015.

At the launch of the initiative on Tuesday, India’s prime minister Narendra Modi, who attended the event along with his UK counterpart Boris Johnson, said Green Grids could be an answer to the world’s challenge in acquiring consistent solar energy.

“The challenge is that solar energy is available only in the day and is also dependent on weather. ‘One Sun, One World, One Grid’ is the answer to this challenge. With a worldwide grid, clean energy will be available everywhere, every time. This will lessen the need for storage and increase the viability of solar projects,” Mr Modi said.

“With this creative initiative, carbon footprint will be reduced, and the cost of energy will also come down. It will also foster a spirit of cooperation among different countries and regions of the world,” he added.

Mr Johnson said that the UK was “working hand-in-hand with our friends in India to transform the future of the power sector” and to ensure that clean and reliable electricity was accessible everywhere by the end of the decade.

“It’s fantastic that more than 80 countries have backed our newly-launched Green Grids Initiative, whose collaboration will not only see greater growth, jobs and investment in our global green future but also make sure no one is left without access to energy,” he said.

“Solar is the answer if the world is to realise ambitions of neutralising emissions by around mid-century,” Arti Khosla, director of Climate Trends said.

“The Green Grids initiative is a unique concept of the connected global super electricity grid and is an out-of- box innovative idea, the kinds of which will need fruition to break the mould of how power sector has functioned so far,” she added.

The initiative will be completed in three phases but other details have not yet been shared.

However, experts believe that the highly ambitious plan can boost efforts to cut carbon emissions by making renewable energy more accessible since a key challenge with solar power has been storage costs.