Shutting Down Historical Debate, China Makes It a Crime to Mock Heroes 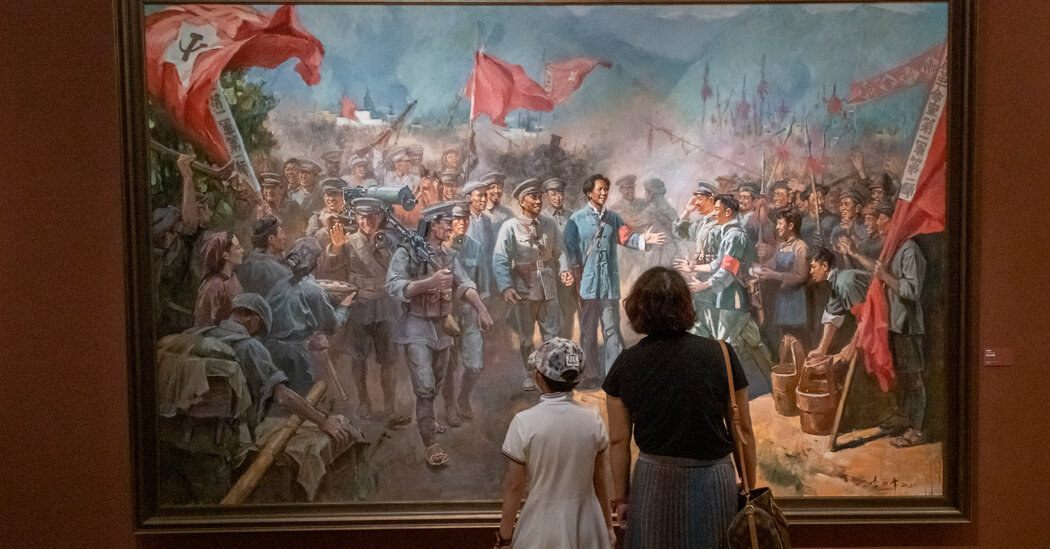 The young woman in Beijing began her post complaining about mobs gathering online, where recluses vent misogynistic insecurities from the safety of desk chairs. As provocative as it was, it might have passed unnoticed except that she added another beat.

She mocked the toxic masculinity of users imagining themselves as Dong Cunrui, a textbook war hero who, according to Chinese Communist Party lore, died valiantly during the civil war that brought the party to power in 1949.

For that passing reference, the woman, 27 and identified in court only by her last name, Xu, was sentenced last month to seven months in prison.

Her crime: violating a newly amended criminal code that punishes the slander of China’s martyrs and heroes. Since it went into effect in March, the statute has been enforced with a revolutionary zeal, part of an intensified campaign under China’s leader, Xi Jinping, to sanctify the Communist Party’s version of history — and his vision for the country’s future.

The Cyberspace Administration of China, which polices the country’s internet, has created telephone and online hotlines to encourage citizens to report violations. It has even published a list of 10 “rumors” that are forbidden to discuss.

Was Mao Zedong’s Long March really not so long? Did the Red Army skirt heavy fighting against the Japanese during World War II to save its strength for the civil war against the Nationalist forces of Chiang Kai-shek? Was Mao’s son, Mao Anying, killed by an American airstrike during the Korean War because he lit a stove to make fried rice?

Asking those very questions risks arrest and, now, prosecution. “It is a sign of the establishment of an absolute political totalitarianism,” said Wu Qiang, an outspoken political analyst in Beijing.

China’s Communist Party has long policed dissent, severely restricting public discussion of topics it deems to be politically incorrect, from Tibet to the Tiananmen Square protests. The new law goes further. It has criminalized as slander topics that were once subjects of historical debate and research, including Mao’s rule itself up to a point. Since March, the law has been used at least 15 times to punish people who slight party history.

The campaign reflects an ambition by Mr. Xi to solidify a moral foundation for the Communist Party’s supremacy, a theme the Chinese leader often evokes in speeches and articles.

The party once could rely on the financial inducements of a booming economy and coercive control of the security state to cement its rule, but now appears to be using political and historical orthodoxy as a foundation, said Adam Ni, a director of the China Policy Center in Australia and editor of China Story.

“There are limits to these tools,” he said of the economy and security state. “They need the moral — the moral legitimacy to maintain their rule.”

A version of the slander law was first adopted in 2018, but an amendment to the country’s criminal code that took effect March 1 allowed prosecutors to seek criminal punishment, including prison sentences of up to three years.

At least three people were detained in May for derisive comments following the death of Yuan Longping, a scientist who developed high-yield hybrid strains of rice.

Last month, the authorities arrested a man in Nanchang after he posted an irreverent comment about the legend surrounding the death of Mao’s son in 1950. “That fried rice was the best thing to come out of the whole Korean War,” he wrote.

Officials have defended the law as a necessary tool to fight what one director with the Cyberspace Administration of China, Wen Youhua, called “historical nihilism,” which officials often use to describe deviant views.

“These people may be trying to gain clicks or eyeballs, but these behaviors obviously touch moral and legal bottom lines,” Li Liang, a law professor in Beijing told The People’s Daily in April.

Mr. Xi, preparing for what is likely to be a third term as Communist Party leader beginning next year, will use a gathering of the party elite in Beijing next week to adopt a new resolution on the party’s history — an official summation of the past and its lessons. Among Chinese leaders, only Mao Zedong and Deng Xiaoping have enacted such decisions, underscoring the ambition of Mr. Xi’s campaign.

“We need to educate and guide the whole party to vigorously carry forward the red tradition,” Mr. Xi said earlier this year.

The tougher slander law took effect shortly after the disclosure by the government in February that four Chinese soldiers had died during a clash with Indian troops along the disputed border in June 2020. Within days, at least seven people were charged for questioning the official version of the death toll, which was reportedly much higher.

Although he and the others were arrested under a longstanding article in the criminal code called “picking quarrels and provoking troubles,” Mr. Qiu, 38, was prosecuted under the new law, even though the changes went into effect 10 days after he made his comments.

In May, after being shown confessing on state television, he was sentenced to eight months in prison.

The campaign has inspired vigilantism, with internet users calling out potential violations.

The Jiangsu branch of China Unicom, a state-owned telecommunications company, came under investigation after a public uproar started when its Weibo account posted a recipe for fried rice on what was Mao Anying’s birthday. It is not clear whether the company faces criminal charges, but its account was suspended.

Some of the cases involved historical events that historians in China have previously debated and studied, at least until now.

Last month, a former journalist, Luo Changping, was detained in Hainan after he wrote a blog questioning the rationale for China’s intervention in the Korean War — and the catastrophic cost for those “volunteers” sent to fight and die in it.

He was responding to a new movie blockbuster that depicts a major Chinese attack known as “The Battle at Lake Changjin.”

The movie, which runs 2 hours and 56 minutes, brims with maudlin patriotism for the selfless sacrifice of soldiers who defeated the American-led forces.

“Half a century later, few Chinese people have reflected on the justifiability of the war,” Mr. Luo wrote on Weibo, before referring specifically to a doomed Chinese military unit “that did not doubt the ‘wise decision’ of the top.”

Made with government backing and heavily promoted in state media, it has become the second-highest grossing film in the country’s history, earning the equivalent of $855 million in the month it has been showing, according to Maoyan, the ticketing service.

When the film opened, Mr. Ni, the researcher, noted on Twitter that the battle it depicts had not previously been a focus of the Communist Party’s propaganda before because it had been seen as a costly strategic blunder, not the resounding victory portrayed on the screen. Now it has become part of a new and unassailable version of history.

John Delury, a professor of Chinese studies at Yonsei University in Seoul and author of a forthcoming book about the war, said that even within the limits of political censorship, Chinese scholars have done “a lot of great work” on the war and other historical events since the founding of the People’s Republic of China.

With the shifting political climate, that may no longer be safe.

“With this, obviously, everyone is going to have to stop what they’re doing,” he said.

COVID confusion in China as authorities row back curbs