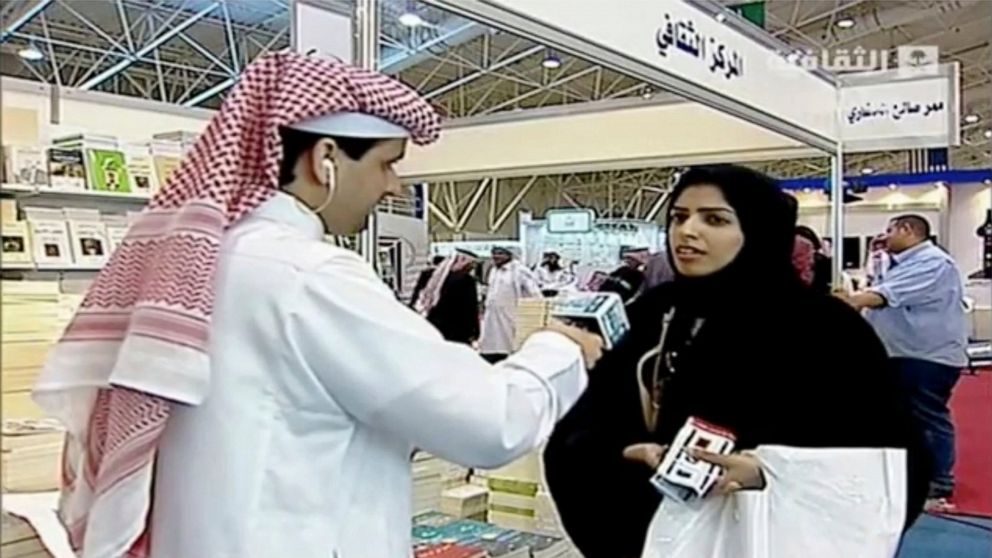 DUBAI, United Arab Emirates — A Saudi court has sentenced a doctoral student to 34 years in prison for spreading “rumors” and retweeting dissidents, according to court documents obtained Thursday, a decision that has drawn growing global condemnation.

Activists and lawyers consider the sentence against Salma al-Shehab, a mother of two and a researcher at Leeds University in Britain, shocking even by Saudi standards of justice.

So far unacknowledged by the kingdom, the ruling comes amid Crown Prince Mohammed bin Salman’s crackdown on dissent even as his rule granted women the right to drive and other new freedoms in the ultraconservative Islamic nation.

Al-Shehab was detained during a family vacation in January 2021 just days before she planned to return to the United Kingdom, according to the Freedom Initiative, a Washington-based human rights group.

Al-Shehab told judges she had been jailed for over 285 days before her case was even referred to court, the legal documents obtained by The Associated Press show.

The Freedom Initiative describes al-Shehab as a member of Saudi Arabia’s Shiite Muslim minority, which has long complained of systematic discrimination in the Sunni-ruled kingdom.

“Saudi Arabia has boasted to the world that they are improving women’s rights and creating legal reform, but there is no question with this abhorrent sentence that the situation is only getting worse,” said Bethany al-Haidari, the group’s Saudi case manager.

Since rising to power in 2017, Prince Mohammed has accelerated efforts to diversify the kingdom’s economy away from oil with massive tourism projects — most recently plans to create the world’s longest buildings that would stretch for more than 100 miles in the desert. But he has also faced criticism over his arrests of those who fail to fall in line, including dissidents and activists but also princes and businessmen.

Judges accused al-Shehab of “disturbing public order” and “destabilizing the social fabric” — claims stemming solely from her social media activity, according to an official charge sheet. They alleged al-Shehab followed and retweeted dissident accounts on Twitter and “transmitted false rumors.”

A special court for terrorism and national security crimes handed down the unusually harsh 34-year sentence, to be followed by a 34-year travel ban. The decision came earlier this month as al-Shehab appealed her initial sentence of six years.

“The (six-year) prison sentence imposed on the defendant was minor in view of her crimes,” a state prosecutor told the appeals court. “I’m calling to amend the sentence in light of her support for those who are trying to cause disorder and destabilize society, as shown by her following and retweeting (Twitter) accounts.”

The Saudi government in Riyadh, as well as its embassies in Washington and London, did not respond to a request for comment.

Leeds University confirmed that al-Shehab was in her final year of doctoral studies at the medical school.

“We are deeply concerned to learn of this recent development in Salma’s case and we are seeking advice on whether there is anything we can do to support her,” the university said.

Al-Shehab’s sentencing also drew the attention of Washington, where the State Department said Wednesday it was “studying the case.”

“Exercising freedom of expression to advocate for the rights of women should not be criminalized, it should never be criminalized,” State Department spokesperson Ned Price said.

Last month, U.S. President Joe Biden traveled to the oil-rich kingdom and held talks with Prince Mohammed in which he said he raised human rights concerns. Their meeting — and much-criticized fist-bump — marked a sharp turn-around from Biden’s earlier vow to make the kingdom a “pariah” over the 2018 killing of Saudi journalist Jamal Khashoggi.

During her appeal, al-Shehab said the harsh judgement was tantamount to the “destruction of me, my family, my future, and the future of my children.” She has two young boys, aged 4 and 6.

She told judges she had no idea that simply retweeting posts “out of curiosity and to observe others’ viewpoints,” from a personal account with no more than 2,000 followers, constituted terrorism.