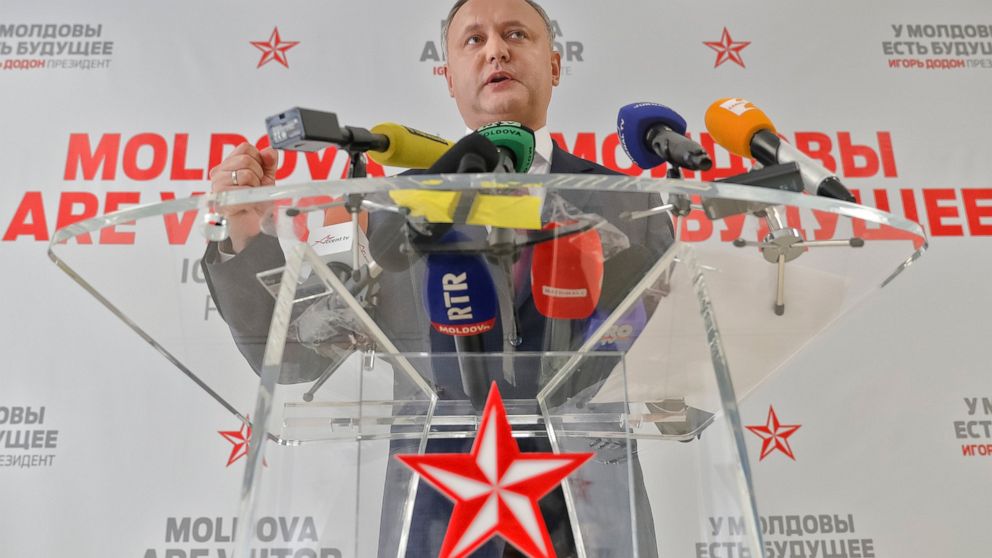 Moldovan website Protv.md broadcast a live feed of several police officers standing guard at the gate of a house described as belonging to Dodon, who was president from 2016 to 2020.

Police were reportedly conducting a search of the residence, and numerous supporters of Dodon as well as other protesters congregated on the street. Dozens of Dodon supporters also gathered outside Moldova’s parliament in the capital Chisinau demanding the government’s resignation. The former president’s party controls 22 of the parliament’s 101 seats and is the main opposition force, acting in a coalition with Moldova’s communist party.

Earlier Tuesday, reports in Moldovan media suggested that Dodon had been detained by police under suspicion of corruption and treason. While Moldova’s interim general prosecutor on Tuesday confirmed Dodon’s detention to a local news website, a spokesperson for the the prosecutor’s office later denied it.

Kremlin spokesman Dmitry Peskov said Tuesday that Moscow was “alarmed” by the “persecution” of Dodon, but noted that it was an internal affair of Moldova’s.

“We are, of course, alarmed that again such a practice and persecution is being used against those who are supporters of the development of friendly and mutually beneficial relations with the Russian Federation,” Peskov told reporters during a conference call.