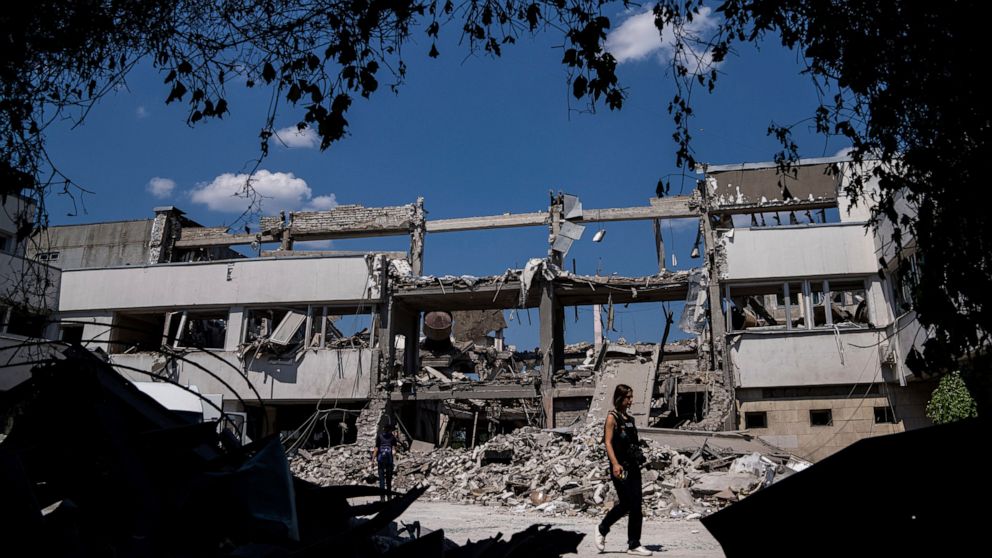 KYIV, Ukraine — Foreign analysts say Russia may be temporarily easing its offensive in Ukraine as the Russian military attempts to reassemble its forces for a renewed assault.

On Wednesday, Russian forces made no claimed or assessed territorial gains in Ukraine “for the first time in 133 days of war,” according to the Institute for the Study of War. The think tank based in Washington suggested that Moscow may be taking an “operational pause” that does not entail “the complete cessation of active hostilities.”

“Russian forces will likely confine themselves to relatively small-scale offensive actions as they attempt to set conditions for more significant offensive operations and rebuild the combat power needed to attempt those more ambitious undertakings,” the institute said.

A Thursday statement from Russia’s Defense Ministry seemed to confirm that assessment. It said Russian military units involved in combat in Ukraine were given time to rest.

“The units that performed combat missions during the special military operation are taking measures to recover their combat capabilities. The servicemen are given the opportunity to rest, receive letters and parcels from home,” read the statement, quoted by Russian state news agency Tass.

Shelling continued in Ukraine’s east, where at least nine civilians were killed and six wounded in 24 hours, Ukrainian officials said.

Ten cities and villages came under shelling in Donetsk, and 35 buildings were destroyed, including a school, a vocational college and a hospital, officials said.

Donetsk is part of the Donbas, a mostly Russian-speaking industrial area where Ukraine’s most experienced soldiers are concentrated. Pro-Russian separatists have fought Ukrainian forces and controlled much of the Donbas for eight years. Russian President Vladimir Putin recognized the independence of two self-proclaimed republics there just before Russia invaded Ukraine on Feb. 24.

Putin on Monday claimed victory in Luhansk, the other province constituting the Donbas, after Ukrainian forces withdrew from the last city they controlled there. The governor of Luhansk, Serhiy Haidai, denied Wednesday that the Russians had completely captured the province.

In Kharkiv, Ukraine’s second-largest city, a boarding school was hit, but no one was injured. The Kharkiv region, which lies along the border with Russia, is under daily shelling, and two civilians were killed there over the past 24 hours.

The Ukrainian military said Thursday that Russian forces also carried out shelling and helicopter strikes in the Sumy region in the northeast.

Even as the fighting continued, the British Defense Ministry said it thinks Russia’s military is “reconstituting” its forces. A ministry intelligence assessment issued Thursday said the heavy shelling along the front line in Donetsk is likely intended to secure previous Russian gains.

The British ministry noted a new law under consideration by the Russian parliament to give the government special economic powers amid the war.

The law would allow Russia “to avoid acknowledging it is engaged in a war or its failure to overcome Ukraine’s military that was outnumbered and outgunned,” the ministry said.

As fighting continued in the east, Ukraine’s Foreign Ministry said it summoned the Turkish ambassador in Kyiv Thursday over what it described as the theft of Ukrainian grain by a Russian ship.

The Russian ship Zhibek Zholy was allowed to leave Turkey’s Black Sea coast after Turkish authorities briefly detained it at Ukraine’s request. Ukraine summoned the ambassador to complain about the “unacceptable situation.”

Turkey, with its Bosporus Strait, is a key transit route for shipping out of the Black Sea. Ukraine has sought to pressure Ankara to stop Russian shipments of its grain, a vital source of revenue.

Jon Gambrell in Lviv, Ukraine, and Cara Anna in Kharkiv, Ukraine, contributed to this story.