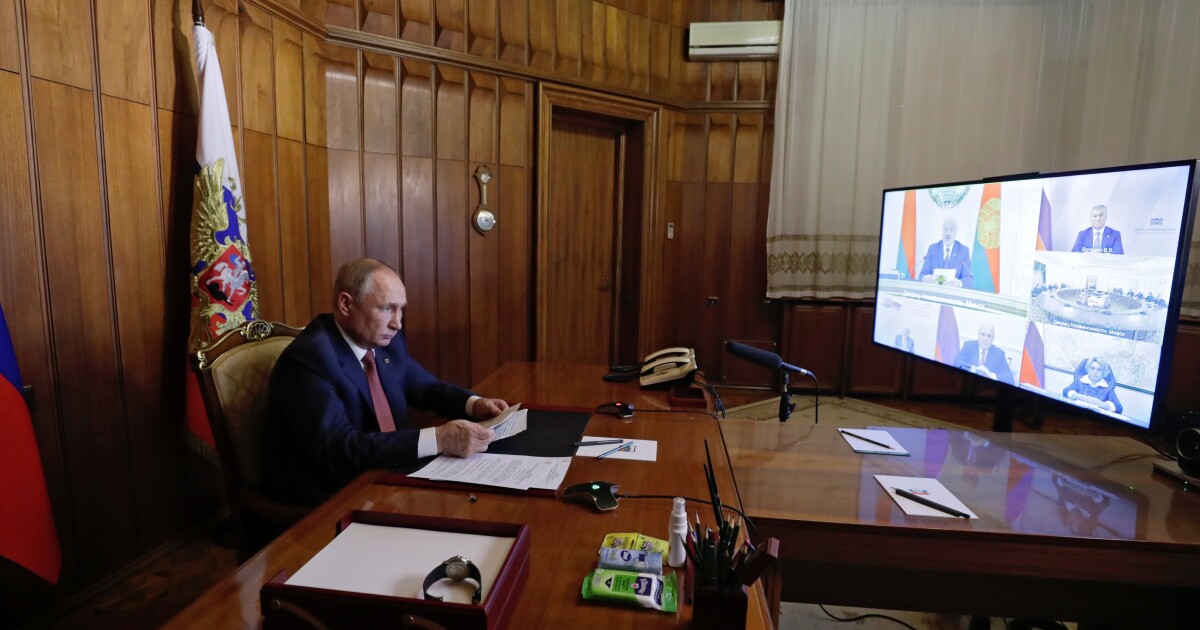 The presidents of Russia and Belarus signed an array of measures Thursday to deepen the integration of the two countries but stop short of a full merger.

Russian President Vladimir Putin and Belarusian President Alexander Lukashenko approved the integration measures during a meeting in Minsk of the bilateral Supreme State Council for the union state; Putin participated by video link from Russia-annexed Crimea.

The measures approved at the council meeting were worked out by the two longtime leaders in September and call for the creation of a single gas market and common financial markets.

Russia and Belarus agreed in 1999 to closer political, economic and military ties, but the partnership has often been strained. Lukashenko has at times scolded Moscow for trying to force him to relinquish control of prized economic assets and eventually abandon his country’s independence.

However, Lukashenko relies on Russia for support as Belarus becomes increasingly isolated because of its harsh crackdown on opposition, independent news media and human rights groups in the wake of his reelection and massive demonstrations last year.