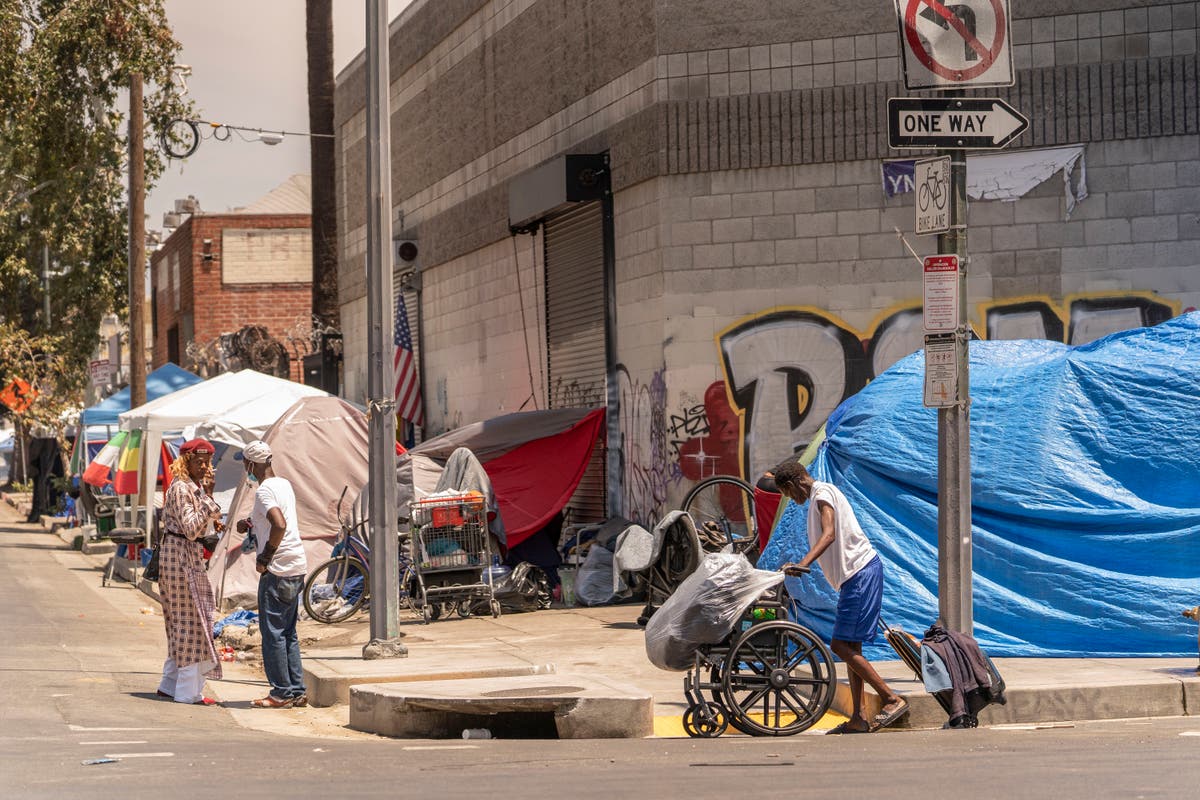 Officials voted 11-3 on Tuesday to massively expand so-called 41.18 zones, making it a crime to be living unhoused within 500 feet of schools and daycare centres across the city.

At least two people were arrested in the demonstrations, and city council president Nury Martinez said one individual jumped over a barrier and “charged” at councilmembers.

The Independent has contacted the Los Angeles Police Department for confirmation.

Many housing advocates took issue with the proposal, estimating it would further criminalise homelessness in areas affecting upwards of 20 per cent of the city, CBS News LA reports.

“That really is not keeping anyone safe,” Martha Escudero, an activist whose family was once unhoused, told the outlet. “Especially unhoused children. They’re putting them in darker corners where they’re obscure and then they are more prone to violence and death.”

Inside the council chamber, numerous unhoused people and advocates protested, held signs, and chanted, “we won’t go” and “shame on you,” Knock LA reports.

At various points, the audio feed on the microphone where community speakers were weighing in on the vote was cut. At one point, Ms Martinez told the jeering crowd to “grow up,” according to Knock.

The proposal, which was first approved by the council in July, was up for a vote for the third and final time, after a string of procedural issues.

“I’ve seen elementary schools with conditions that none of us as parents would find acceptable for children. Individuals with mental illness, some of them absolutely unclothed, shouting profanities in the listening ear of children,” the school official said at one 2022 council meeting.

LA continues to struggle with providing adequate housing to its citizens. It’s estimated about half of the state’s 49,000 chronically unhoused people live in the city.