Puerto Ricans seething over lack of power days after Fiona 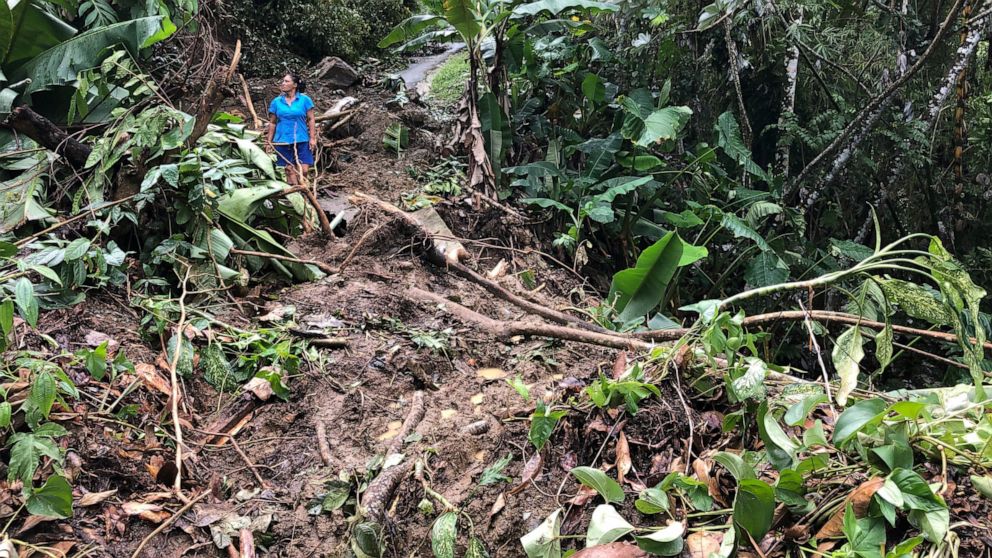 SAN JUAN, Puerto Rico — Half of Puerto Rico is without power more than five days after Hurricane Fiona struck — including an entire town where not a single work crew has arrived.

Many on the U.S. territory are angry and incredulous, and calls are growing for the ouster of the island’s private electricity transmission and distribution company.

Fuel disruptions are worsening the situation, forcing grocery stores, gas stations and other businesses to close and leaving apartment buildings in the dark because there is no diesel for generators.

Many are questioning why it is taking so long to restore power since Fiona was a Category 1 storm that did not affect the entire island, and whose rain — not wind — inflicted the greatest damage.

“It’s not normal,” said Marcel Castro-Sitiriche, an electrical engineering professor at the University of Puerto Rico in Mayaguez. “They have not given a convincing explanation of what the problem is.”

He noted that Puerto Rico’s Electric Power Authority and Luma, a private company that took over the island’s power transmission and distribution last year, also have not released basic information such as details of the damage to the electricity grid.

“We don’t know the extent of the damage yet,” Castro said, adding that he was concerned and surprised that Luma had not brought in additional crews to boost extra manpower already on the island.

Luma has said Fiona’s floods left several substations underwater and inaccessible, and it has insisted it doesn’t need more personnel.

“We have all the resources we believe we need,” said Luma engineer Daniel Hernández.

The lack of power has prompted at least one mayor to activate his own repair teams, and several other town leaders are calling for answers on why Luma crews have not reconnected homes and key infrastructure.

“They haven’t even arrived here,” said Yasmín Allende, municipal administrator for Hormigueros, a town in western Puerto Rico that is home to more than 15,600 people, many of them elderly.

She said town officials have provided a list of downed transformers and power lines as well as the exact location of dozens of damaged electric posts. They have even cleared openings around damaged spots to ensure that electricity could be restored as soon as possible, she said.

“Everything is ready for them so they can come and do their job,” Allende said. “All they have to do is show up.”

Elizabeth González, who lives in Hormigueros, said she was forced to throw out two bags of meat Friday and is struggling to buy more gasoline for her generator, even as her husband, who has cancer, depends on it.

González said she is fed up with Puerto Rico’s power grid.

“It’s useless, as simple as that,” she said. “If a hurricane comes, if rain comes, or a little gust of wind, the power quickly goes out.”

The island’s power grid was already crumbling due to austerity measures, aging infrastructure and lack of maintenance when a powerful Hurricane Maria razed the system in 2017. Reconstruction of the grid had barely started when Hurricane Fiona hit last Sunday.

In the first days following Fiona, Luma officials and Gov. Pedro Pierluisi promised that the vast majority of customers would soon have their electricity back. But as of late Friday, more than 40% of 1.47 million customers were still in the dark.

In addition, 27% of 1.3 million water and sewer customers did not have water in part because pumps rely on electricity and not all had backup generators.

Neither Luma nor Puerto Rico’s power generating utility have said when electricity will be restored to the most affected areas. They have said only that hospitals and other critical infrastructure are their priority.

The situation has outraged many Puerto Ricans, including local government officials.

“I am not going to accept excuses,” said Alexander Burgos, mayor in the central mountain town of Ciales. “Our power lines are up, there are no electrical posts on the ground, and we are ready to be connected.”

Edward O’Neill, mayor of the northern town of Guaynabo, tweeted that Luma’s “bad performance” was “unacceptable.”

O’Neill, who worked for both the Puerto Rico’s power company and Luma, said his municipality has collected all necessary information to help crews restore power but has not seen any results.

In the northern town of Bayamon, Mayor Ramón Luis Rivera got tired of waiting and contracted independent repair crews that began work Friday afternoon, although they were not handling live wires.

Cathy Kunkel, a Puerto Rico-based energy and finance analyst, said she was surprised power had not yet returned to areas barely affected by Fiona, including the capital of San Juan.

She also questioned why Luma has not employed hundreds of experienced linesmen that worked with Puerto Rico’s Electric Power Authority before the private company took over transmission and distribution in June 2021.

“We have this absurdly frustrating situation,” she said. “The old system is held together in substandard ways. You actually want the people who know how to work on that particular system.”

The lack of power has been linked to several deaths. Authorities say a 70-year-old man burned to death when he tried to fill his running generator with gasoline and a 78-year-old man died from inhaling toxic gases from his generator. On Friday, police said a 72-year-old man and a 93-year-old woman died after their house caught on fire because they were relying on candles for light.

Castro-Sitiriche, the electrical engineering professor, said Puerto Rico’s government, Luma and the Electric Power Authority are all to blame.

“It’s a shared disaster,” he said, adding that Fiona was a wake-up call and that more people need to be connected to solar power. “It is a shame that the government has not done that to save lives.”