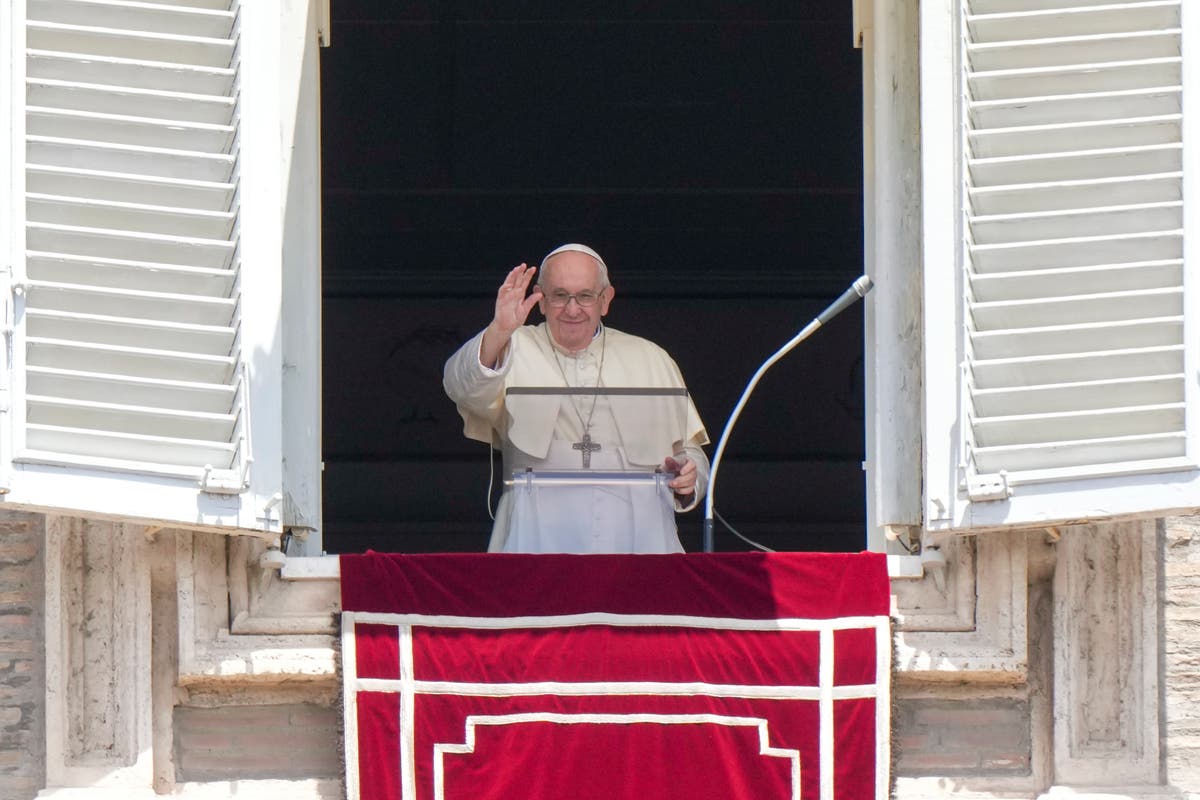 Pope Francis has dismissed reports of his retirement as well as rumours of his ill health.

In a 90-minute interview with Reuters on Saturday, conducted in Italian, the 85-year-old pontiff said on his resignation: “We don’t know. God will say.”

He also set aside rumours that he will announce his retirement while on a trip to L’Aquila.

The Italian city has been associated with resignations by previous popes including Pope Celestine V, who resigned in 1294.

Benedict XVI, is also thought to have foreshadowed his own resignation when he laid his pallia on Celestine’s tomb during a visit to L’Aquila in 2009.

Rumours of Pope Francis’ resignation also started circulating amid reports of meetings scheduled for late August including with the world’s cardinals to discuss a new Vatican constitution, a ceremony to induct new cardinals, and a visit to L’Aquila.

“All of these coincidences made some think that the same ‘liturgy’ would happen,” Pope Francis was quoted as saying in the interview by Vatican News.

“When the time comes that I see that I can’t do it [run the Church, because of bad health] I will do it [resign],” he added.

“That was the great example of Pope Benedict. It was such a very good thing for the Church. He told popes to stop in time.”

He also denied that cancer had been discovered in his colon during a procedure last year.

“Yes, they took out 33 cm of my colon, the sigmoid colon, for diverticulitis. It went well. It took more than six hours of anesthesia and that’s why I don’t want to have surgery here [on the knee], because anesthesia leaves traces.”

The Pope also reiterated his stance on abortions and said that while he hasn’t read the US supreme court order, he continued to stand against abortions.