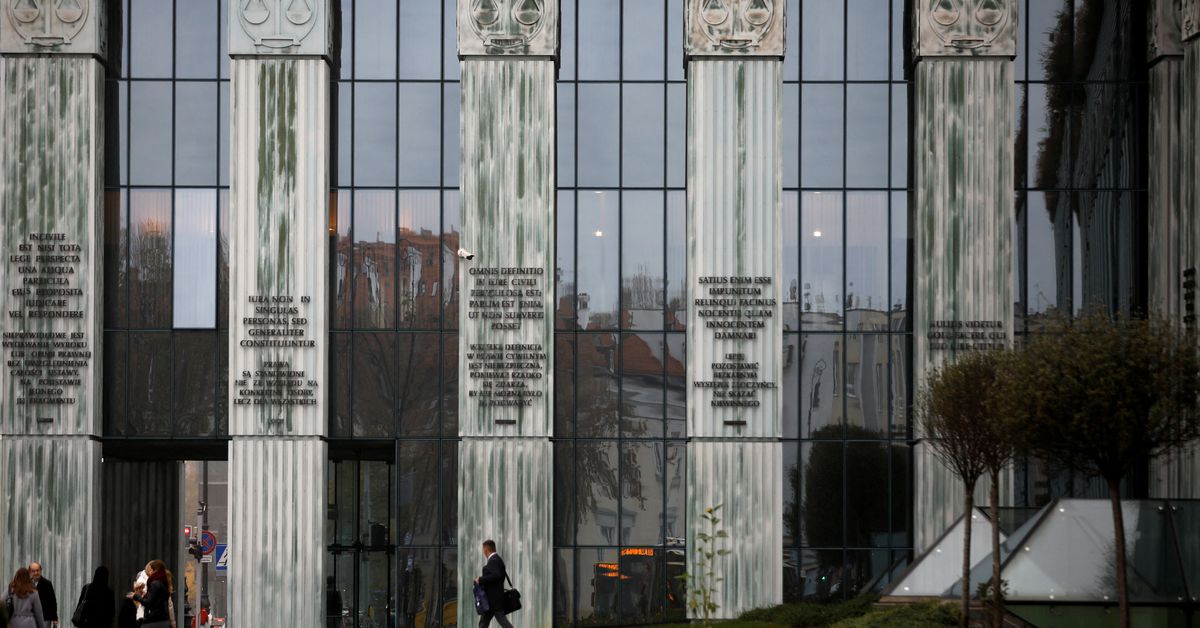 WARSAW, May 20 (Reuters) – Lawmakers from Poland’s ruling coalition agreed to judicial reforms the government says will unblock billions of euros in European Union funding, helping an economy grappling with the effects of the pandemic and war in Ukraine.

Over 35 billion euros of COVID-recovery grants and loans have been put on hold due to a dispute with Brussels over the rule of law, but Warsaw has said it had reached agreement on terms to unblock the funds and expects approval from the EU in the coming days.

The judicial reform bill agreed on Thursday is key to this.

Lawmakers debating the bill in a parliamentary commission took proposals from President Andrzej Duda as the basis of the reforms, but the arch-conservative United Poland party, which is a junior partner in government, objected to an impartiality test for judges which it said could paralyse the system.

Under amendments agreed on Thursday, an article that would have allowed verdicts already handed down to subsequently be challenged on grounds of impartiality was removed, state-run news agency PAP reported.

Provisions for an independence test for judges in unfinished cases remained in the bill.

A preamble referring to the primacy of the Polish constitution over norms established by international organisations such as the EU was also added as a result of a United Poland amendment.

“I am very glad that the commission has adopted the president’s… draft bill,” Duda’s representative Malgorzata Paprocka was quoted as saying by PAP. “I hope that the end is in sight and it will soon become binding law.”

The bill would replace the Disciplinary Chamber of the Supreme Court, which critics say is politicised, with a new body.

The European Union says Warsaw must implement a ruling from the bloc’s top court that requires it to dissolve the chamber in order to get the funds. The top court has imposed fines on Poland of 1 million euros a day for failing to do so.

Critics say the reform does not go far enough in ensuring judges are not subject to political pressure.

Parliament may vote on the bill before the end of the month.