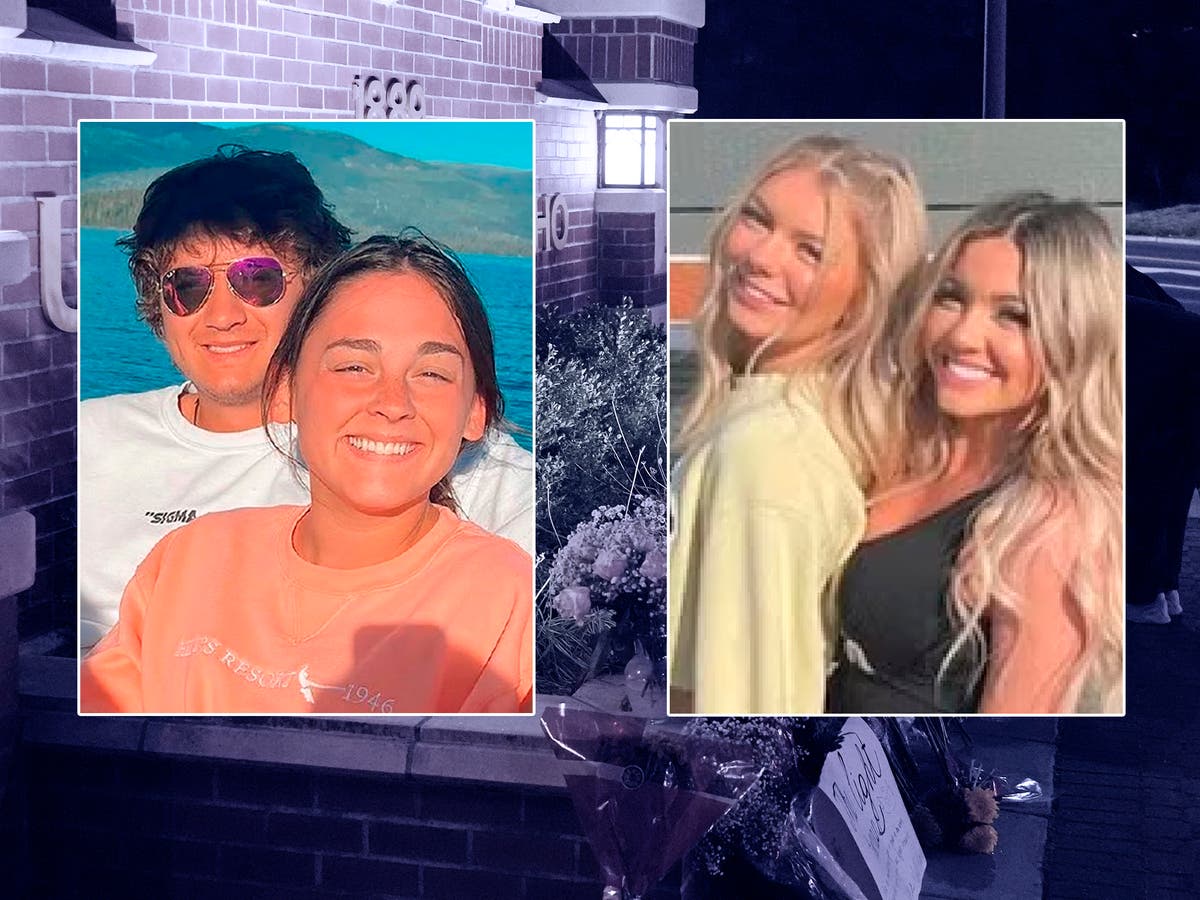 The family of one of the Idaho victims has claimed that law information officials have given them “vague” information about the case and whether it was just one student who was the target in the murders.

Kaylee Goncalves’ father, Steve Goncalves, said that he was “a little in denial” about the killings and is focused on getting justice for his daughter despite the lack of information.

Authorities have remained largely silent about any breakthroughs in the tragedy, in which students Ethan Chapin, 20, Kaylee Goncalves, 21, Xana Kernodle, 20, and Madison Mogen, 21, were found dead on 13 November.

“I’ve been told it’s one [target], but then again, there’s the bigness like it’s purposely big. I’m hoping, but it confuses everyone, yeah, because nobody knows what that really means other than maybe somebody had a different kind of attack footprint,” Mr Goncalves said in an interview with CNN.

“We all want to play a part in helping, and we can’t move if we don’t have any real substantial information to work from.”

When asked if any law enforcement officials had shared that Kaylee was “targeted”, her mother, Alivea Goncalves, replied: “They won’t confirm who that was to us.”

“It’s just a rumour at this point,” said Mr Goncalves.

Mr Goncalves also said the police were not sharing much information with him.

“They’re not sharing much with me… I mean I, yesterday I asked about the stalker question and they couldn’t confirm anything, and then today I hear that they’re reaching out to the community saying that there’s a stalker involved, so I don’t know what to make of that.”

“They’re just so vague with everything that they say and then they like slowly peel it back later until you like find the real story,” said Steven Goncalves, Kaylee’s brother.

“It all started with a sharp edged weapon. What was the use in telling the community that a sharp edge weapon was used instead of just coming out and telling us that it was a knife from the beginning. I don’t understand the purposeness of being so vague. You’re not holding the integrity of the case together by not telling anybody anything,” he added.

Meanwhile, questions are mounting about a potential link between the murder of four University of Idaho students and a 2021 stabbing murder in Salem, Oregon, which also remains unsolved.

Both cases involved an assailant breaking into a home at around 3am in the morning and attacking victims in their beds with a knife while other people were in the house.

When asked about the case in a press conference on Wednesday, Moscow police chief James Fry confirmed he had received a tip and that there is “stuff that we are going to follow up on”.

Distaste for Walker provides tailwind for Warnock in Georgia