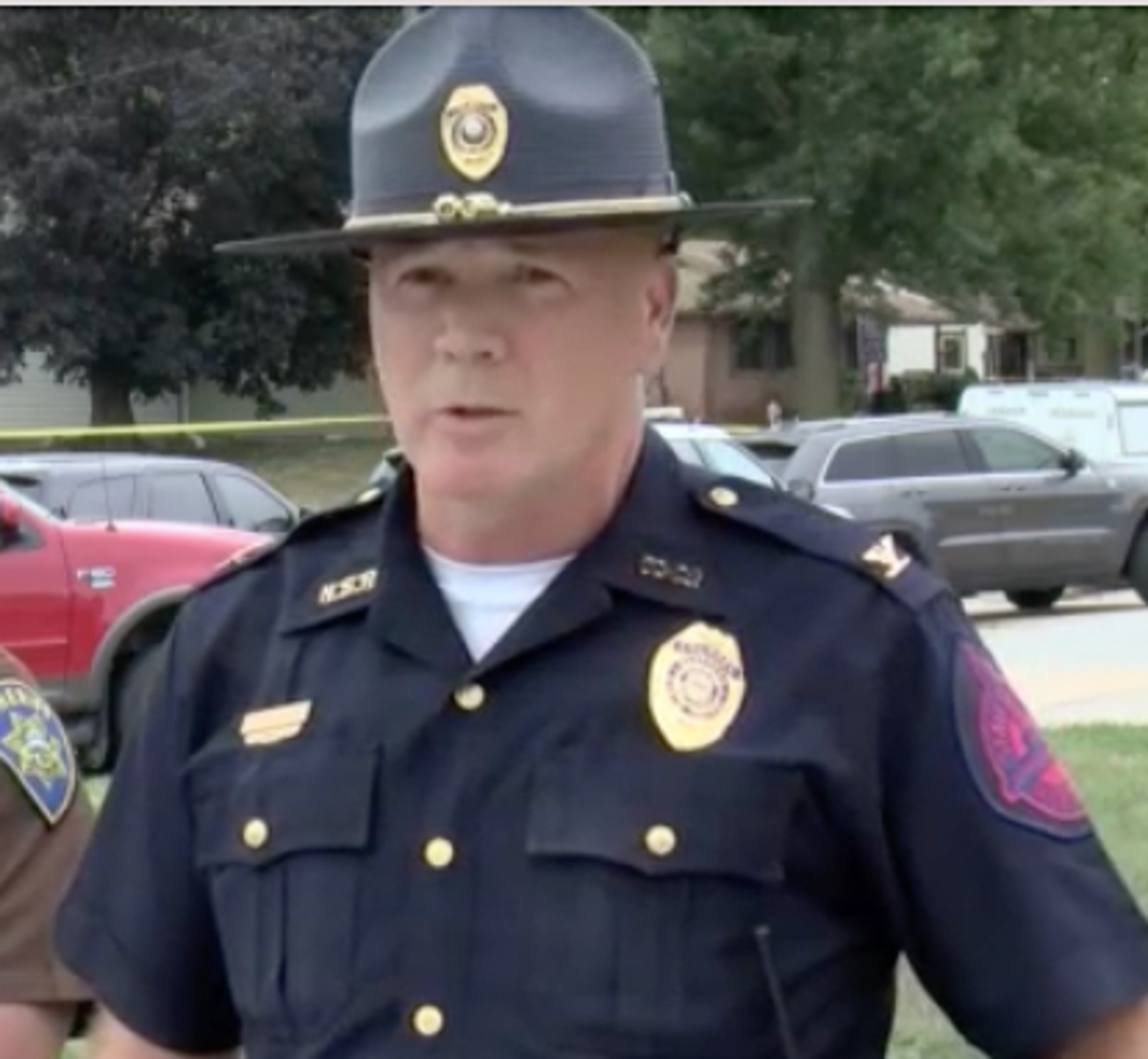 Police investigating the homicides of four people at two homes in a small town in northeast Nebraska have arrested a suspect, the state patrol announced on Friday.

Authorities were called after an explosion rocked the in the 500 block of Elm St in Laurel, about 100 miles (160kms) northwest of Omaha, just after 3am on Thursday morning.

Colonel John Bolduc of the Nebraska State Patrol told a press conference on Thursday that fire crews responding to the fire found the body of one person inside the home.

While they were at the scene, law enforcement received reports of a fire at another home three blocks away on Elm St.

There, they found the bodies of three more victims.

Police believe the two fires were started at the same time and that gunfire was involved in the deaths, KETV reported.

“Foul play is suspected in their deaths,” Mr Bolduc said on Thursday. The victims’ identities was not being released yet. It is thought they knew each other.

In a statement posted to Facebook on Friday morning, the Nebraska State Police said it had made an arrest in connection with the homicides. It said more details would be revealed at a press conference at 9.30am CDT.

He said a black male was driving the car, and may have picked up a passenger before leaving town.

Fire investigators believe accelerants were used in both fires, and that anyone who was inside the home at the time may have suffered burn injuries, Mr Bolduc said.

Mr Bolduc refused to comment on reports that a witness had seen one of the victims being shot dead.

Authorities placed schools and businesses into lockdown in the small town of 1,000 residents on Thursday morning. The lockdown was lifted later in the day.

Cedar County Sheriff Larry Koranda asked residents to remain vigilant and report anything out of the ordinary.

He appealed for witnesses or anyone with video surveillance cameras that might be relevant the investigation to contact them.