Philippines to ban unvaccinated from public transport in Manila 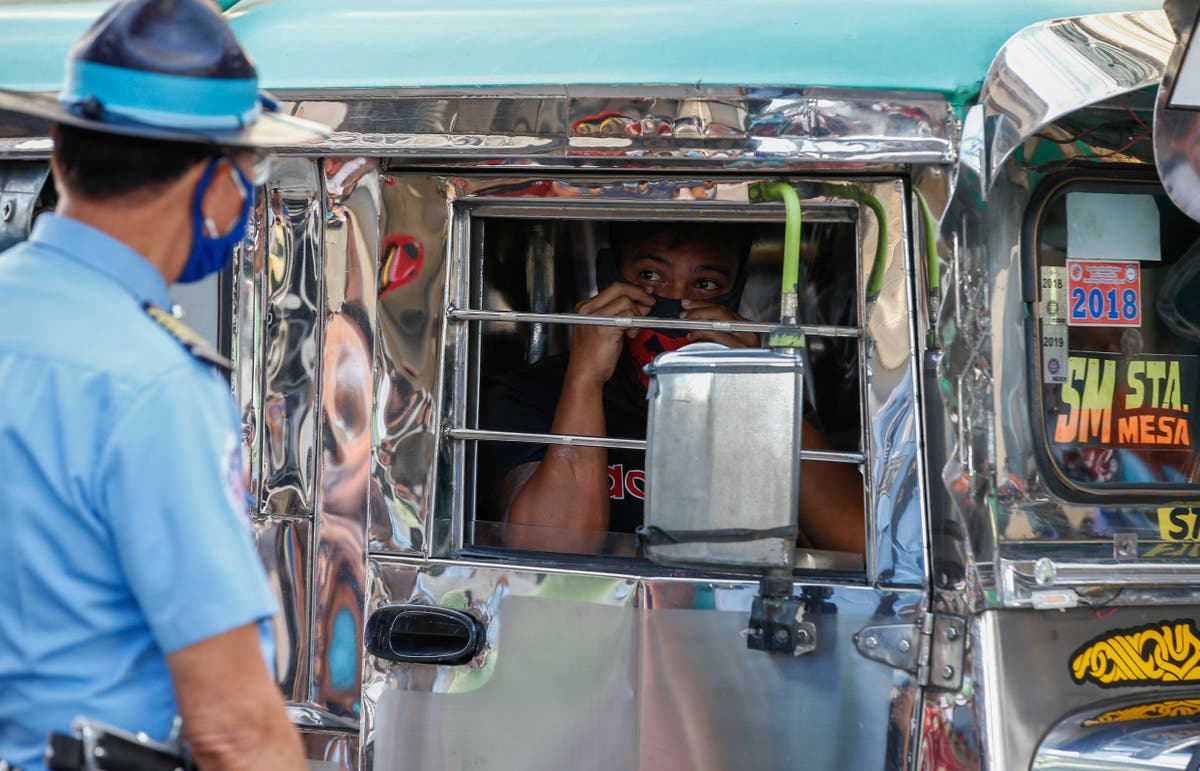 Unvaccinated people in the Philippines will be banned from public transport from next week, amid a significant jump in coronavirus cases.

The country saw an all-time high of 37,207 daily infections on Friday, the fifth time in the past fortnight that a new record has been set.

Although the Philippines’ human rights commission has called the policy discriminatory, the government will push ahead with its plan to bar the unjabbed from taking public transport in the capital region, whose population is around 13 million.

On Friday, the transport minister said the move was needed to stem the spread of the disease and to stop the country’s healthcare services from being overwhelmed.

Roughly half of the country’s 110 million people are fully jabbed, but the vaccination rate is much higher in the capital Manila and the surrounding area, where the ban will come into force.

However, children, unregistered migrants and some elderly people living in the region have not received their doses, according to the authorities.

Ahead of the transport ban, the interior ministry told community leaders to compile lists of the unvaccinated.

This request could lead to privacy breaches and other human rights violations, the detained senator Leila De Lima said, comparing the lists to those drawn up during the president’s deadly war on drugs.

Earlier this month, president Rodrigo Duterte threatened unvaccinated people with arrest, while encouraging local officials to confine those who had not been immunised against Covid-19 to their homes.

“If he refuses, if he goes out of his house and goes around the community, he can be restrained. If he refuses, the captain is empowered now to arrest recalcitrant persons,” he said last Thursday.

“I am responsible for the safety and well being of every Filipino,” he added by way of explanation.

The Philippines has so far registered 3.12 million Covid-19 cases and more than 53,000 deaths from the virus.