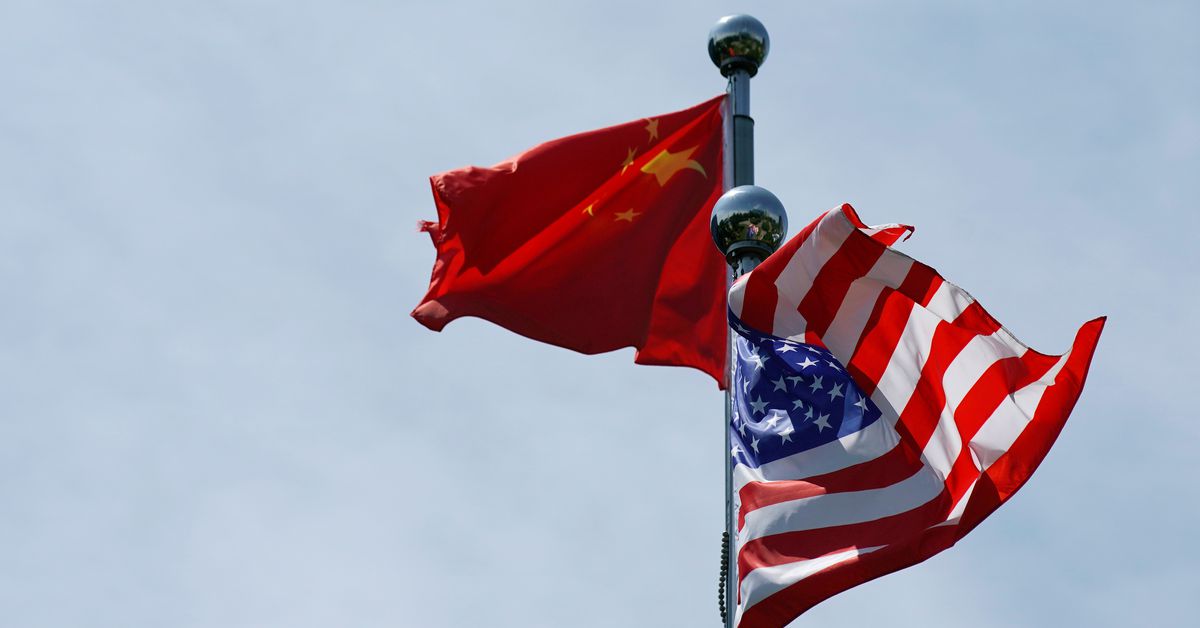 WASHINGTON, Nov 4 (Reuters) – The Pentagon on Wednesday sharply increased its estimate of China’s projected nuclear weapons arsenal over the coming years, saying Beijing could have 700 warheads by 2027 and possibly 1,000 by 2030.

While the numbers would still be significantly smaller than the current U.S. nuclear stockpile, they represent a significant change in the U.S. projection from just last year, when the Pentagon warned the Chinese arsenal would top 400 by the end of the decade.

Washington has repeatedly called on China to join it and Russia in a new arms control treaty.

In its wide-ranging annual report to Congress on China’s military, the Pentagon reiterated concern about increasing pressure on self-ruled Taiwan, an island China sees as a breakaway province, and China’s chemical and biological programs and technological advancements.

“Over the next decade, the PRC aims to modernize, diversify, and expand its nuclear forces,” the report said, referring to the People’s Republic of China.

“Whether China follows through with these estimates from the United States will depend in great part on the policies and actions of the United States,” Daryl Kimball, executive director of the Arms Control Association, said.

“The potential for China to increase its arsenal to these levels underscores the urgent necessity of pragmatic bilateral or multilateral talks to reduce nuclear risks,” Kimball added.

China says its arsenal is dwarfed by those of the United States and Russia, and that it is ready for dialogue, but only if Washington reduces its nuclear stockpile to China’s level.

Beijing has vowed to bring fiercely democratic Taiwan, which it considers its “sacred territory”, under its rule and has not renounced the use of force.

The Pentagon report renewed concerns about China’s increasingly muscular military and its development of options to take Taiwan, one of several scenarios the U.S. military cautioned Beijing could pursue.

But a senior U.S. defense official, who briefed reporters, declined to speculate about whether that scenario was likely or say if they saw a near or even a medium-term risk of armed conflict between Beijing and Taipei.

On the long list of potential Taiwan scenarios outlined in the briefing, the U.S. official cited the possibility that China could work on options for everything from a joint blockade campaign against Taiwan to a full-scale amphibious invasion.

It could carry out air and missile strikes or cyber attacks. China could also potentially seize offshore islands. The official declined to say which one of these contingencies was most likely or if any were likely at all.

But the Pentagon has voiced concern about China’s pursuit of capabilities that would enable such actions.

“They have a range of different things that they are wanting to be prepared to do,” the official said.

Separately, the top U.S. general said on Wednesday that China was unlikely to try to militarily seize Taiwan in the next couple of years. read more

“Based on my analysis of China, I don’t think that it is likely in the near future – being defined as, you know, six, 12, maybe 24 months, that kind of window,” General Mark Milley, chairman of the Joint Chiefs of Staff, said when asked if China was preparing to make a move on Taiwan in the near future.

The Pentagon report added a section on China’s biological weapons and potential dual use, but did not look at the origins of COVID-19.

There has been increased focus on China’s chemical and biological capabilities after COVID-19 was first identified in the central Chinese city of Wuhan in late 2019.

U.S. intelligence agencies said last week that they may never be able to identify the origins of the pandemic, as they released a detailed version of their review of whether the coronavirus came from animal-to-human transmission or leaked from a lab. read more

China has consistently denied allegations that the virus was leaked from a specialist laboratory in Wuhan.