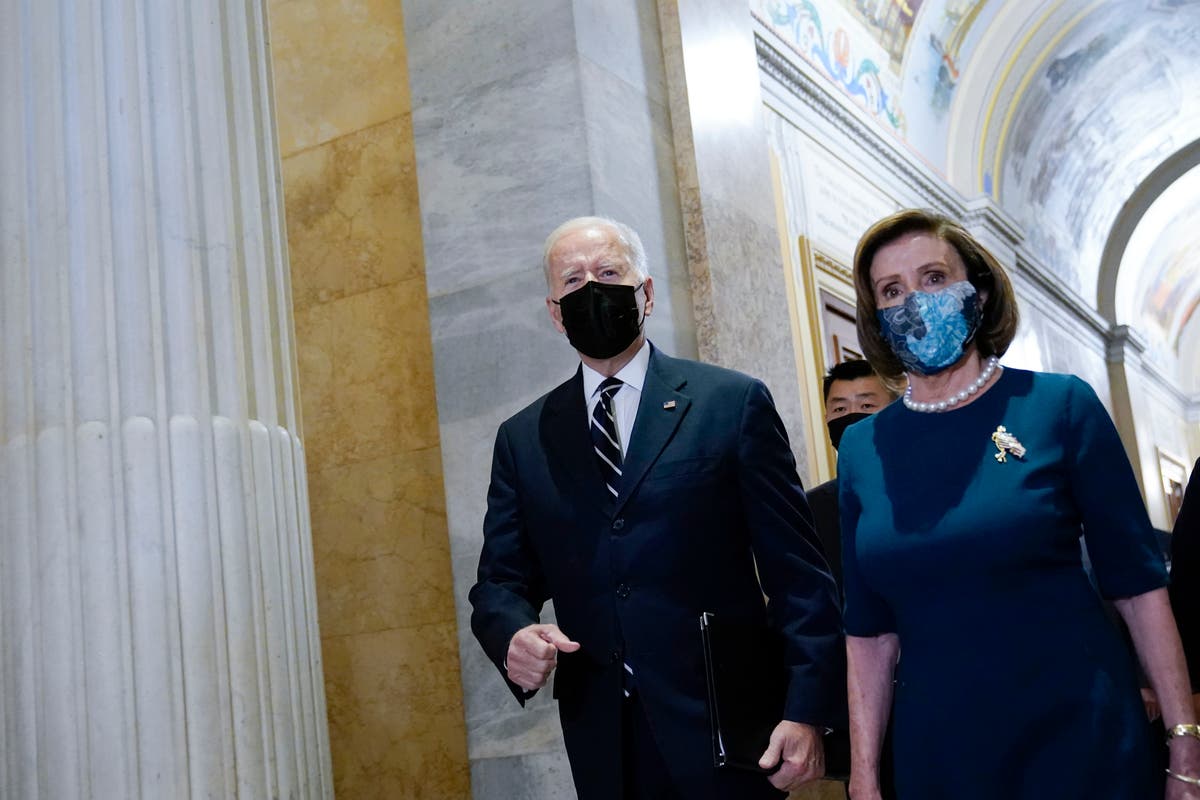 Ms Pelosi released a letter to Democratic members on Wednesday saying the proposal would be included in the text that was proposed by the House Rules Committee.

Democrats hope to pass a massive social spending bill that includes child care, home care for elderly people and people with disabilities, an expanded child tax credit and provisions to combat climate change. The bill would be passed through a process called reconciliation, which would allow the Senate’s 50 Democrats along with Vice President Kamala Harris, as long as the legislation is related to the budget.

But Mr Manchin has frequently expressed opposition to including it in Democrats’ social spending bill, often called the Build Back Better bill. Democratic Sens like Kirsten Gillibrand, Mazie Hirono and others have lobbied for Mr Manchin to change his mind.

“I think it’s a strong proposal having a permanent universal paid leave plan, even at four weeks, is extremely strong and is great base at which to build over many years and I think it’s a statement that the speaker and the House believe it’s essential for the economy to recover,” she said, adding that she thought Mr Manchin remained open to paid leave being included.

And Ms Pelosi backed up the decision again on Thursday. “With all the respect in the world for the point of view he represents, I disagree,” Ms Pelosi said during her Thursday press conference of Mr Manchin. “I think that this is appropriate for this legislation.”

Ms Pelosi said she would rather have paid leave for six weeks rather than four because that is the age when babies can go to child care.

Earlier this week, Mr Manchin railed against progressive Democrats for opposing the House passing an infrastructure bill that passed the Senate on a bipartisan basis until he signaled his support. In response, Rep Cori Bush of Missouri said his opposition to the reconciliation bill was “anti-Black… anti-brown… anti-immigrant… anti-child” and “anti-woman”.

But Ms Pelosi took a more diplomatic tract than the freshman Democratic representative.

“We’re friends, I respect him, he’s a good person, he’s agreed to so much that’s in the bill,” she said.

Ms Pelosi expressed dissatisfaction that the House did not pass the bipartisan bill before the end of last month also said in response to a question that the House would not simply vote on the infrastructure bill without the social spending bill.

Democrats hope to pass both parts of President Joe Biden’s agenda out of the House as early as Thursday or by the end of the week, especially after Republican Glenn Youngkin routed former Gov Terry McAuliffe in Virginia’s gubernatorial race on Tuesday.