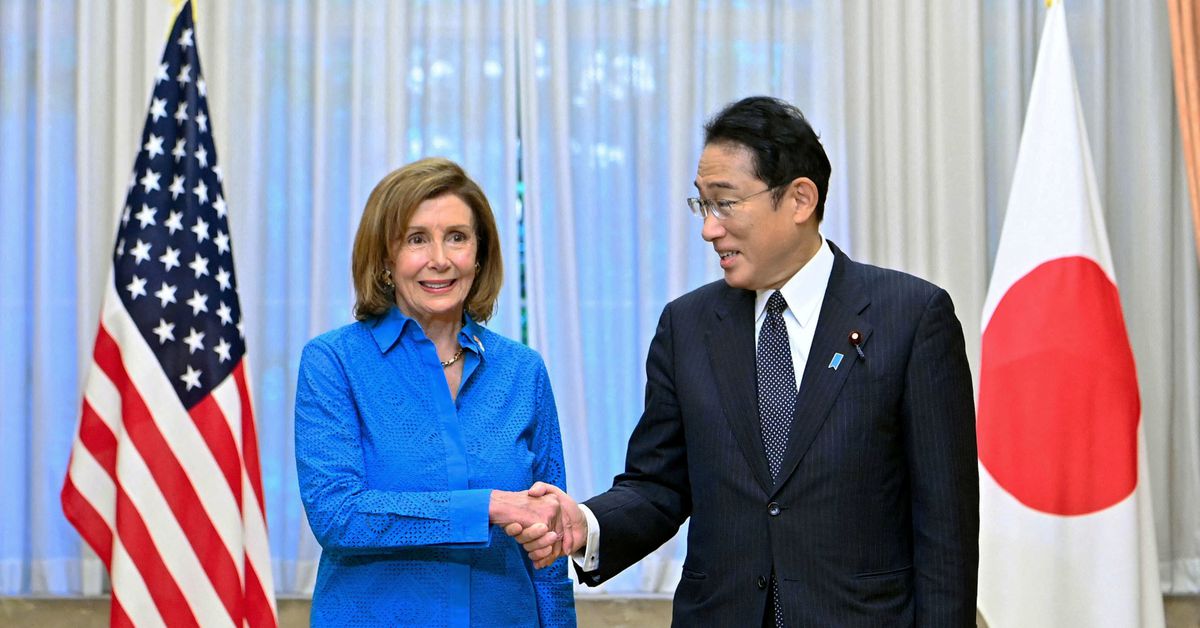 TOKYO, Aug 5 (Reuters) – U.S. House of Representatives Speaker Nancy Pelosi said on Friday that her trip through Asia, which prompted an infuriated China to hold live-fire military drills in the waters off Taiwan, was never about changing the status quo in Taiwan or the region.

Pelosi and a congressional delegation were in Japan on the last stage of an Asian trip that included a brief and unannounced stop in Taiwan, the self-ruled island that Beijing considers its own.

Making the highest-level visit to Taiwan by a U.S. official in 25 years, Pelosi praised its democracy and pledged solidarity, enraging China. During a news conference in Tokyo, Pelosi addressed the diplomatic storm caused by the congressional visit to Taipei.

“We have said from the start that our representation here is not about changing the status quo in Taiwan or the region,” she told a news conference after meeting with Japanese Prime Minister Fumio Kishida.

China’s state broadcaster said the military exercises that began on Thursday and are set to end on Sunday, would be the largest conducted by China in the Taiwan Strait. The exercises have involved live fire on the waters and in the airspace around the island.

One of Washington’s closest allies, Tokyo has been increasingly alarmed about China’s growing might in the Indo-Pacific and the possibility that Beijing could take military action against Taiwan.

Kishida said earlier that the two allies would work together to maintain peace and stability in the Taiwan Strait, a key shipping route.

Japan, whose southernmost islands are closer to Taiwan than Tokyo, has warned that Chinese intimidation of Taiwan is an escalating national security threat. read more

As Soaring Prices Roil Britain, Its Leader Vacations and a Likely Successor Sidesteps the Issue