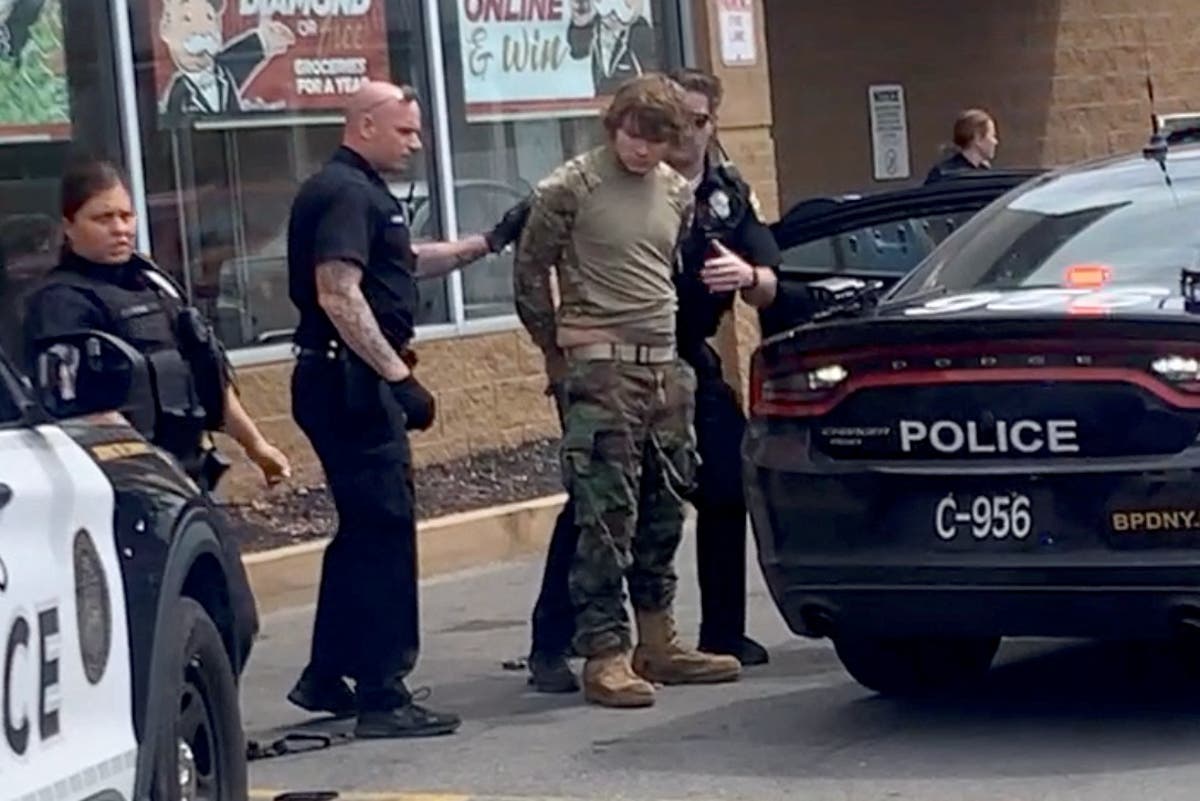 Payton Gendron of Broome County, New York, 18, has been charged with first-degree murder in a mass shooting that left 10 people dead and three more injured at a supermarket in Buffalo, New York, on Saturday.

He was arraigned on Saturday night and pleaded not guilty.

“I understand my charges,” were the only words he said in court, sitting alongside a publicly appointed lawyer.

The teenager appeared in a court in a white, medical-style gown and face mask.

Following the charges, a judge remanded Mr Gendron without bail, and he will appear in court in five days for a felony hearing.

New York Governor Kathy Hochul tore into the 18-year-old during remarks on Saturday, condemning him for an “evil” act of “white supremacy” and “terrorism.”

“Yes, I’m here to console the families in a community that is feeling so much pain right now,” she said. “But mark my words, we’ll be aggressive in our pursuit of anyone who subscribes to the ideals professed by other white supremacists.”

“They created the platform that allowed this hate to be spewed,” she said.

Police said Mr Gendron streamed the shooting, and live-video service Twitch confirmed that the alleged shooter used their platform to broadcast his video, before it was taken down.

This is a developing story.