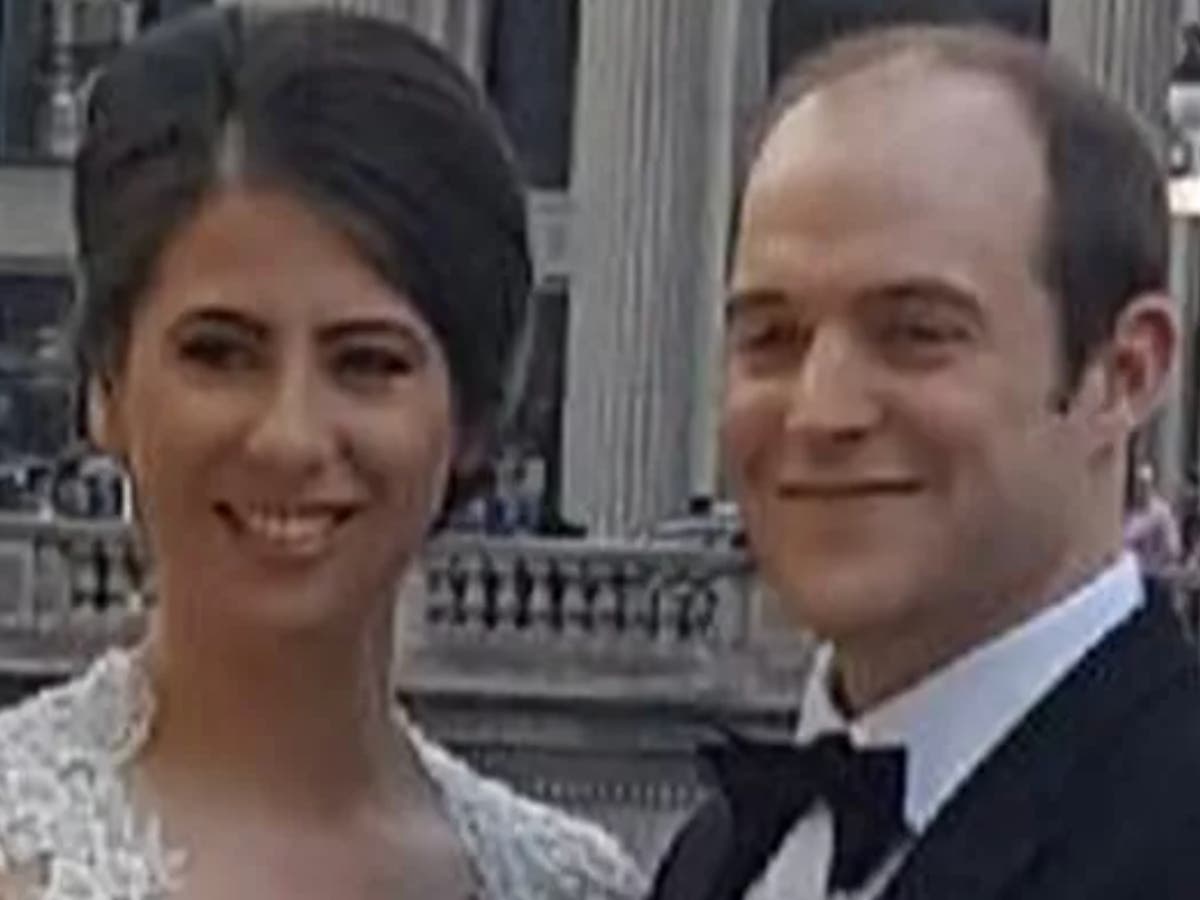 The parents of a little boy who got lost in the chaos of the July 4 mass shooting in Highland Park have tragically been named among the dead.

In lighter news on Tuesday morning, the two-year-old was confirmed to have been reunited with his grandparents after strangers spread the word on social media.

A local chef grabbed the boy and quickly took him out of the path of danger when the gunman opened fire on the crowds, according to CBS Chicago’s Jackie Kostek.

The reporter shared photos of the terrified little boy on Twitter to help reunite him with his family members, writing that he was “safe but with strangers”.

In the images, the child was seen clutching a blanket for comfort while his leg and shoes appeared to be covered in dried blood.

CBS later revealed that a Highland Park police officer had collected the child from the home of a woman who was caring for him and took him to hospital to try to reunite him with his loved ones.

By later on Monday afternoon, the boy had been reunited with his grandparents at a local hospital.

On Tuesday afternoon, Irina and Kevin McCarthy were announced as victims of the shooting. A GoFundMe campaign was set up raising money for their son Aiden.

In the aftermath of the Highland Park, IL shootings on July 4, the North Shore community rallied to help a boy who we knew nothing about. We took him to safety under tragic circumstances, came together to locate his grandparents, and prayed for the safety of his family,” the GoFundMe description signed by Irina Colon reads.

“Sadly, I need to share his name…Aiden McCarthy. And he needs more of our help. His parents Irina & Kevin were killed during the July 4 shooting. At two years old, Aiden is left in the unthinkable position; to grow up without his parents.

“Aiden will be cared for by his loving grandparents, Misha and Nina Levberg, and he will have a long road ahead to heal, find stability, and ultimately navigate life as an orphan. He is surrounded by a community of friends and extended family that will embrace him with love, and any means available to ensure he has everything he needs as he grows.

“On behalf of his family, and with their permission, I am establishing this fundraiser to support him and the caregivers who will be tasked with raising, caring for, and supporting Aiden as he and his support system embark on this unexpected journey.”

A seventh victim, who died on Tuesday, has not been named.

The family of 76-year-old grandfather Nicholas Toledo confirming his death on Monday afternoon.

The elderly man, of dual US and Mexico nationality, used a wheelchair and was sitting in it when he was struck by bullets.

Mr Toledo’s granddaughter told the New York Times they “were all in shock” and revealed that her grandfather hadn’t wanted to go to the parade but did so to join his family.

A second victim was also identified on Monday night as a devoted member of a local synagogue.

Jacki Sundheim was remembered by the North Shore Congregation Israel as a “lifelong” congregant and “cherished” staffer whose “work, kindness and warmth touched us all”.

The suspected gunman, 21-year-old Robert Crimo, was arrested on Monday night following an eight-hour manhunt, when he was spotted by a police officer driving along a highway.

He has not yet been charged over the mass shooting.

Mr Crimo, whose father made a failed bid for mayor of Highland Park but lost to current Mayor Nancy Rotering, had posted several disturbing videos glorifying violence on his YouTube account.

He is also an amateur rapper who goes by the name Awake the Rapper and has more than 16,000 listeners a month on his Spotify page.

His uncle spoke out to CNN saying that he had seen “no signs” to suggest that his reclusive nephew would go on to carry out a mass shooting.

On Tuesday morning, Mayor Rotering confirmed that the firearm used in the attack was legally obtained.

Officials are keeping quiet about the exact type of gun that was used in the massacre, only saying that it was a “high-powered” long rifle that was used to “spray” bullets into the crowd.

The weapon was recovered from the roof of a business overlooking the parade route.

The gunman is believed to have scaled a ladder on the side of the building and taken up a sniper position on the roof before opening fire at around 10.14am on Monday morning – just 14 minutes into the July 4 parade that had drawn local residents and families.

President Joe Biden condemned the shooting and said that it showed there was “much more work to do” to tackle America’s gun violence.