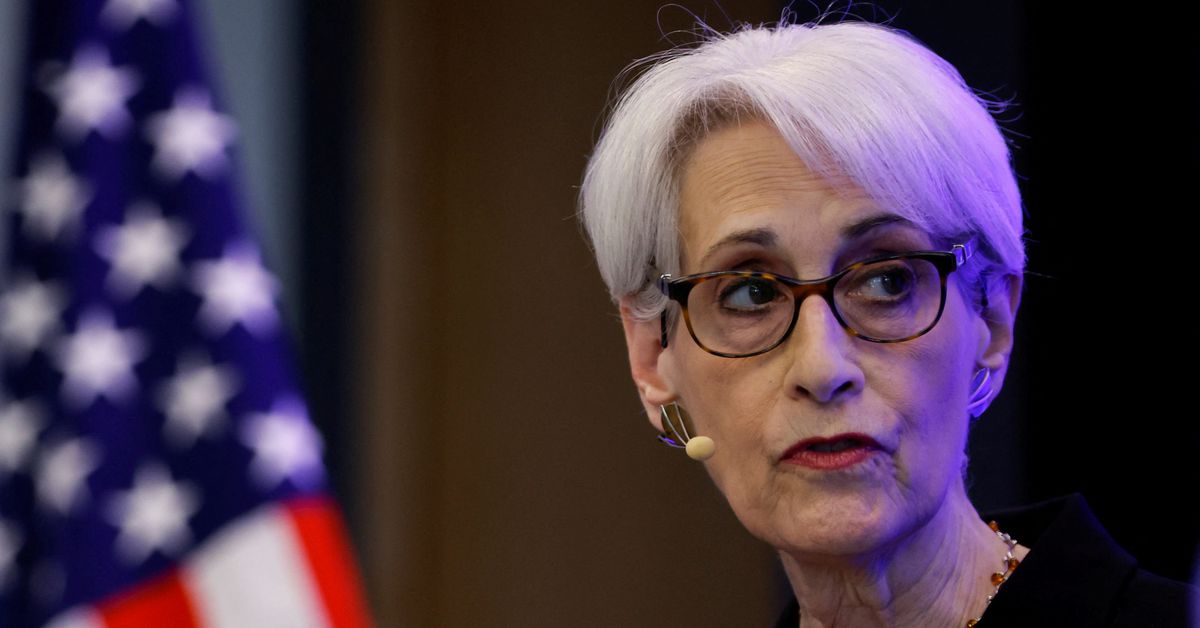 U.S. Deputy Secretary of State Wendy Sherman speaks during a panel with the Friends of Europe in Brussels, Belgium, April 21, 2022. REUTERS/Johanna Geron/File Photo

SYDNEY, Aug 7 (Reuters) – U.S. President Joe Biden sees strong ties with Pacific Island countries as a priority, Deputy Secretary of State Wendy Sherman said in the Solomon Islands on Sunday, underscoring the stakes of a visit as geopolitical tensions have been mounting in the region.

At a World War Two memorial event in the Solomons capital Honiara, Sherman rebuked governments which she said sought to dismantle the rules-based international order. She did not specify which governments she was criticizing, but tensions in the region have been mounting between U.S. allies and China.

The Solomons surprised near neighbour Australia and Washington this year by disclosing a new security pact with Beijing.

“President Biden has made solidarity with the Pacific Islands a priority for his entire administration from the very beginning,” Sherman said at the event, also attended by top diplomats from Australia and New Zealand.

“We have built profound and enduring ties with each other, as one Pacific family.”

Sherman referenced her father, a marine who was injured in the World War Two Battle of Guadalcana in the Solomons, and warned that “some around the world … seem to have forgotten the awful lessons learned here”.

She called out “leaders who believe that others must be diminished if they are to rise (and) believe that coercion, pressure, and violence are tools to be used with impunity”.

Those leaders, who she did not name, appear to “believe that the principles and institutions the world set up after the Second World War, the rules-based international order … can be ignored and undermined, diminished and destroyed”.

The United States has said it wants to open embassies in the Solomons, Kirabati and Tonga, where Sherman visited the day before. read more