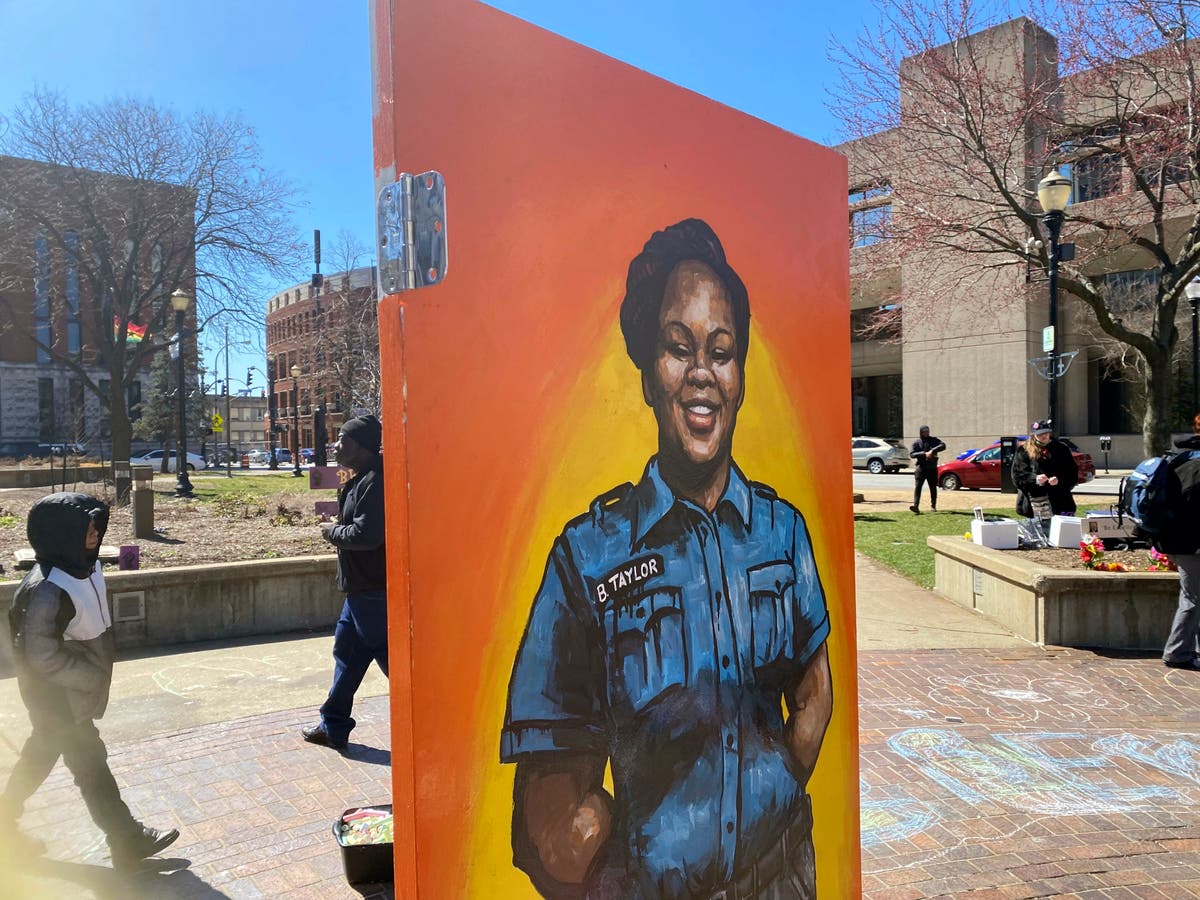 Diners at a Greek restaurant in Bowling Green, Kentucky were able to hear the sounds of gunshots and unsettling police footage from an upstairs event held by a local Republican group hosting one of the officers who fired into the home of Breonna Taylor.

The Republican Women’s Club of South Central Kentucky held a dinner event last week at Anna’s Greek Restaurant for Jonathan Mattingly, a former sergeant with the Louisville Metro Police Department who was among the officers who performed a botched police raid that killed the 26-year-old Black woman while she was in her apartment in 2020.

Complaints fielded by a local chapter of the NAACP revealed that Anna’s patrons were not aware of the event, which they claimed included “graphic descriptions” of her killing, broadcast throughout the restaurant, according to the organisation.

A week after the event, the former officer turned author and conservative pundit who was the honoured guest has denied that such footage was shown and apologised to restaurant patrons who believed they were hearing unsettling footage of Taylor’s killing.

On 24 January, Mr Mattingly released a video statement denying that the event showed footage of Taylor’s death and condemning the “lies” surrounding the event. The sounds of gunshots, he said, came from news broadcasts about police who were shot during protests that were included in a presentation.

He also offered to pay for affected diners’ meals.

“There was no ill will, no malice. We did not want the other patrons to hear this,” he said in the video. “I apologise to you. I really do. I know, if I were in your shoes, and there was something that I disagreed with being played … I would be very upset as well.”

A statement in from the NAACP Bowling Green-Warren County chapter said the organisation is “profoundly dismayed” and “outraged” over reports of the event, which has drawn several protests in Bowling Green.

“It is beyond reprehensible to subject anyone, let alone children and customers of African American descent, to such indecent exposure, graphic and upsetting images while they were attempting to enjoy their meal,” according to a statement shared with The Independent from NAACP Bowling Green-Warren County president Ryan Dearbone.

“Such disturbing occurrences must not be tolerated especially in places of public accommodation,” he added. “At a minimum, these acts are devoid of humanity and violate the most fundamental principles of human decency.”

Mr Mattingly was the first officer to enter Taylor’s apartment on 13 March, 2020, as police executed a search warrant and used a battering ram to break down her door.

Believing the police were intruders, her boyfriend Kenneth Walker fired one shot as officers broke through. Mr Mattingly was shot in the leg, and officers returned fire.

Mr Mattingly was never charged in connection with the incident; he retired after he was placed on administrative leave.

“Unfortunately it’s been a total disaster ever since,” Mr Mattingly said in his video statement, criticising the subsequent investigations into the incident.

Last year, the US Department of Justice indicted three police officers – Kelly Goodlett, Joshua Jaynes and Kyle Meany – on charges of conspiracy, obstruction of justice and civil rights violations for allegedly conspiring to mislead the judge who approved the search warrant on Mr Walker’s house.

Detective Brett Hankison also was charged with civil rights violations, alleging that the now-former officer “willfully used unconstitutionally excessive force, while acting in his official capacity as an officer, when he fired his service weapon into Taylor’s apartment through a covered window and covered glass door,” according to the indictment.

The Republican Women’s Club of South Central Kentucky initially planned to host the event at a different location, the Bowling Green Country Club, which declined after it became “aware of the guest speaker,” according to the Louisville Courier-Journal.

Kentucky Agriculture Commissioner Ryan Quarles also was set to appear, but he also backed out of the event due to “the controversial nature of another speaker at this event,” according to Spectrum News.

Before the event, the group said in a statement to Spectrum News that Mr Mattingly was invited to speak so attendees could “obtain a firsthand account” of what happened the night Taylor was killed.

Restaurant patron Cayce Johnson told The Courier Journal that audio from the event could be heard throughout the restaurant and that Mr Mattingly was introduced to “raucous applause”.

She told CNN that Mr Mattingly’s presentation “went through everything, talked about the investigation and then played several tapes during his presentation”.

Another patron, Katelyn Jones, told CNN that she was unable to see what was happening upstairs but heard the sounds of sirens and gunshots that drowned out their own dinner conversation.

“Towards the end of our meal, the lights shut off and we heard police radio chatter and sirens on a recording. We heard the gunshots, too, and it was so loud and chaotic. It was really loud,” she told CNN.