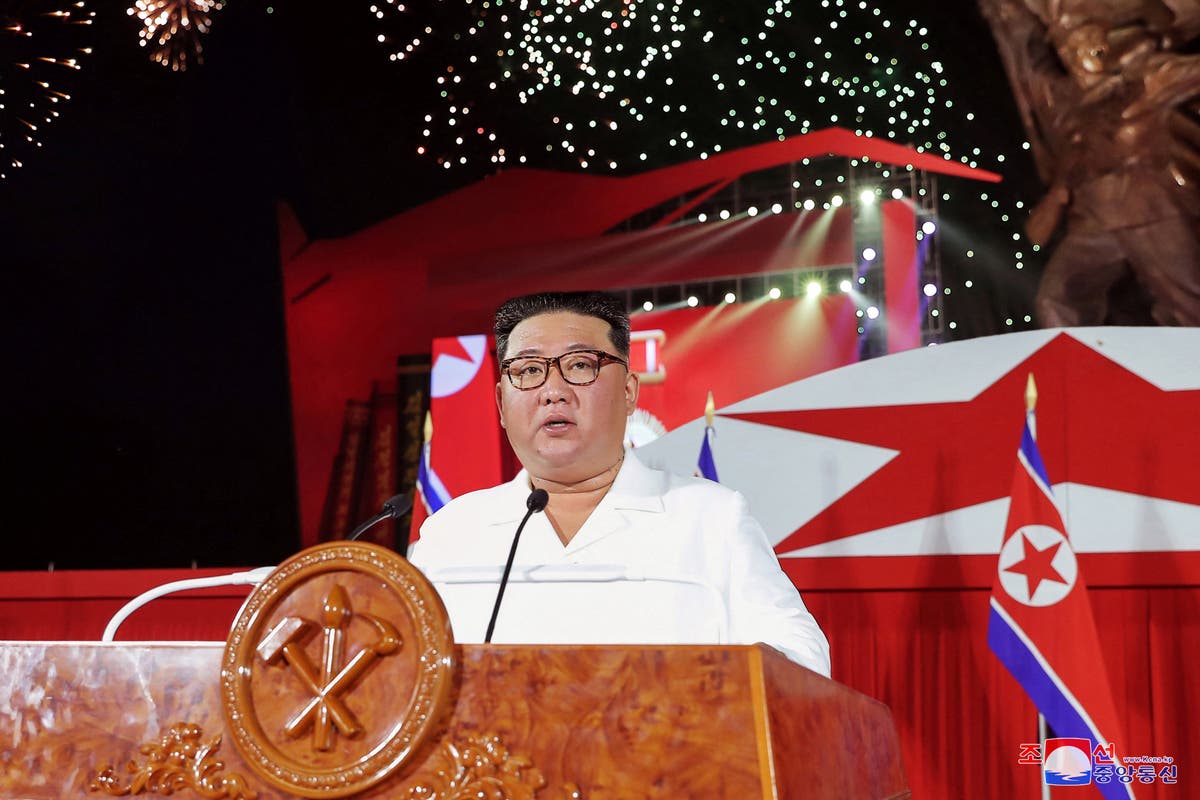 Preparations made by North Korea during the first six months of this year “pave the way” for more nuclear weapons tests, the United Nations has warned.

Independent sanctions monitors made the claim while delivering an excerpt from a UN report which details the work at the Punggye-ri nuclear test site.

It comes days after leader Kim Jong-Un threatened he was fully prepared to use his country’s nuclear arsenal, while speaking at a ceremony to mark the 69th anniversary of the end of the 1950-53 Korean War.

“The DPRK continued to develop its capability for the production of fissile material at the Yongbyon site” – the country’s major nuclear facility – the monitors told the UN Security Council North Korea sanctions committee.

The US has long been warning that North Korea is ready to carry out a seventh nuclear test and has pledged to bolster UN sanctions on Pyongyang if it takes place.

The monitors also said investigations had shown North Korea had stolen hundreds of millions of dollars worth of crypto assets in at least one major hack.

It follows previous accusations against Pyongyang of carrying out cyberattacks to fund its nuclear and missile programs.

They later added: “DPRK made preparations at its nuclear test site, although it did not test a nuclear device. In the first half of 2022, the country continued the acceleration (which began in September 2021) of its missile programmes.”

According to the monitors, North Korea launched 31 missiles combining ballistic and guidance technologies, including six intercontinental ballistic missile (ICBM) tests and two missiles that it explicitly described as ballistic weapons.

Yesterday, North Korea told an Indo-Pacific security meeting that its nuclear weapons and missile programs are purely means of self-defence.

What Pyongyang is doing is “only to defend” itself and has not threatened any country, North Korean Ambassador to Indonesia An Kwang Il said during the 27-member ASEAN Regional Forum in Phnom Penh.

It comes as fears of war were stoked in Asia after China – which holds the third largest arsenal of nuclear weapons in the world – started firing ballistic missiles near Taiwan.

Tensions between the two nations were exacerbated following a recent visit to Taiwan by Nancy Pelosi, the Speaker of the US House of Representatives.

It prompted North Korea on Saturday to dub Pelosi “the worst destroyer of international peace and stability,” accusing her of inciting anti-Pyongyang sentiment and enraging China during her Asian tour earlier this week.

Jo Yong Sam, director general at the North Korean foreign ministry’s press and information affairs department, said: “It would be a fatal mistake for her to think that she can go scot-free in the Korean Peninsula.

“The US will have to pay dearly for all the sources of trouble spawned by her wherever she went.”