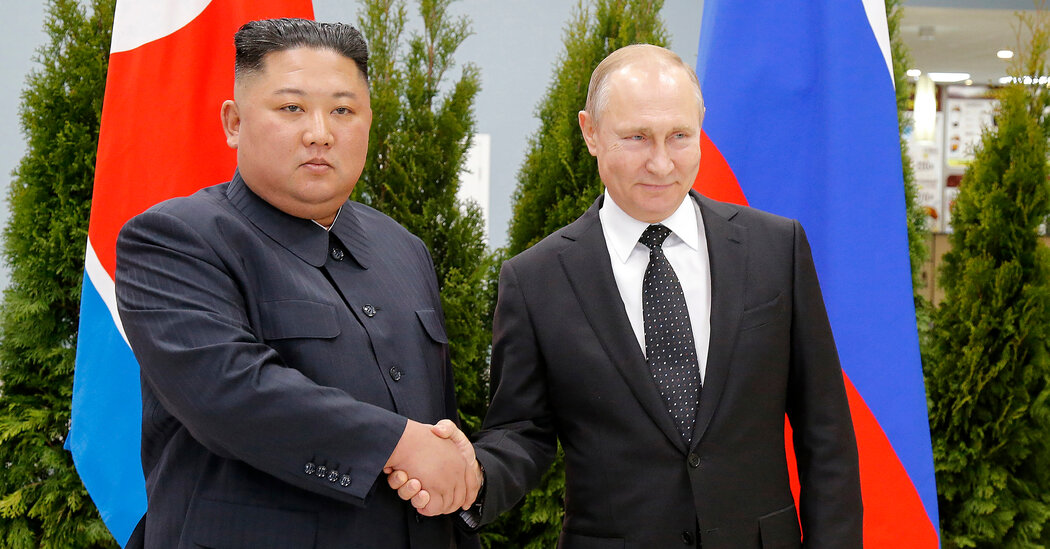 SEOUL — North Korea on Thursday denied an American intelligence report ​that it was selling millions of artillery shells and rockets ​to Russia, accusing the United States of spreading a “reckless” rumor.

“We have never exported weapons or ammunition to Russia before and we will not plan to export them,” a senior official at the North’s Ministry of National Defense said in a statement carried by its official Korean Central News Agency​. “We warn the U.S. to stop making reckless remarks.”

The news ​agency ​identified the ministry official as a vice director of the General Bureau of Equipment, but did not release the official’s name.

Earlier this month, United States officials released newly declassified intelligence disclosing what it said were Russian efforts to buy North Korean weapons. The officials said that the sales were a sign that sanctions had severely restricted Russia’s supply chains and forced Moscow to turn to pariah states for military supplies to support its war in Ukraine.

North Korea is one of the few countries that have officially backed the Russian invasion, blaming the conflict on Washington. It has also recognized the breakaway regions of Donetsk and Luhansk in eastern Ukraine as independent.

Any deal to buy weapons from North Korea would violate multiple United Nations Security Council resolutions meant to choke off the North’s ability to raise funds for its nuclear weapons program. While the North Korean official denied such sales to Russia, he said his country was a sovereign state and therefore had the right to develop, export and import weapons.

“We have never recognized the U.N.S.C. unlawful ‘sanctions resolution’ against the D​.​P​.​R​.​K​.​, which was cooked up by the U.S. and its vassal states,” the official said​. D.P.R.K. is the abbreviation of the North’s official name, the Democratic People’s Republic of Korea.

Since the rare diplomacy between the North Korean leader, Kim Jong-un, and President Donald J. Trump collapsed in 2019, North Korea has vowed to expand its arsenal of nuclear weapons and missiles “at the fastest possible speed.” It also adopted a more aggressive nuclear doctrine​ this month​, setting into law the conditions under which it said it could launch pre-emptive nuclear attacks.

But its nuclear weapons development has also put the country in economic jeopardy. The United Nations has banned all of North Korea’s main exports — including coal, iron ore, fish and textiles — since 2017, making the country increasingly strapped for cash.

Its exports have diminished even further during the coronavirus pandemic​, forcing the country to diversify the illicit ways it raises cash, including cryptocurrency thefts. Selling arms to countries like Iran ha​s long been an illegal source of cash for the regime, according to United Nations investigators.

In recent months, both United States and South Korean officials have released intelligence asserting that North Korea was ready to restart nuclear weapons tests after a five-year hiatus. No such tests have occurred, but some analysts in South Korea have suggested that the North may have held off to avoid provoking China, a U.S. rival whose economic assistance Pyongyang badly needs.