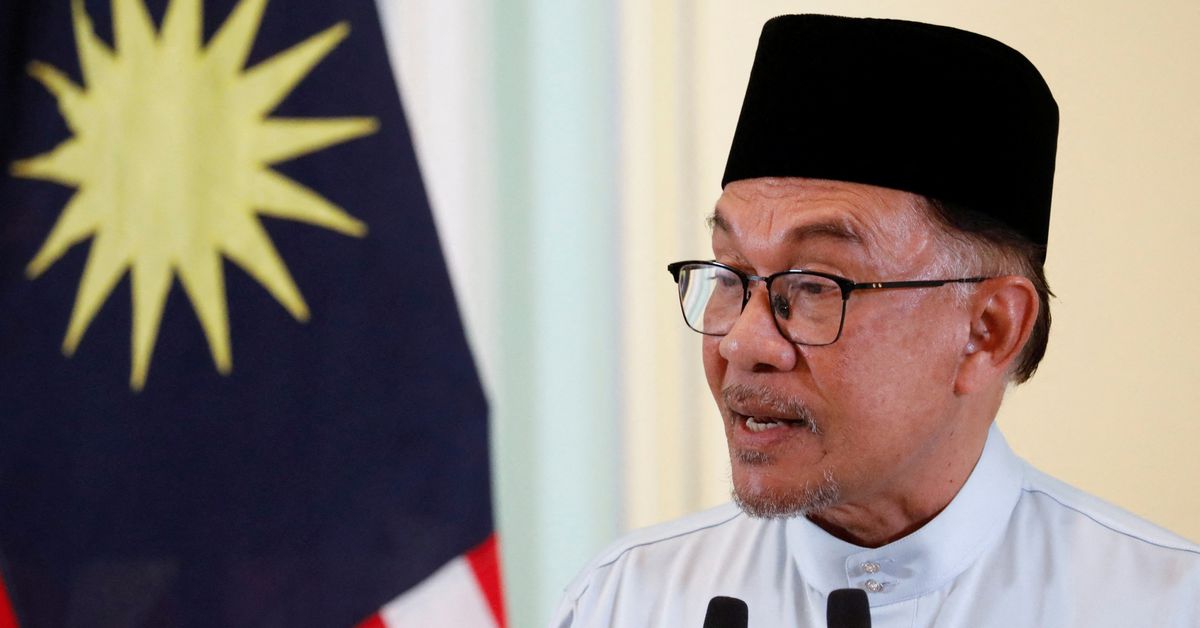 KUALA LUMPUR, Dec 5 (Reuters) – Malaysia’s newly appointed Prime Minister Anwar Ibrahim said on Monday his administration will review a plan for a state-owned 5G network introduced by a previous government, as it was not formulated transparently.

Under the premiership of Muhyiddin Yassin in 2021, Malaysia unveiled a plan for a state-owned agency, Digital Nasional Berhad (DNB), to own the full 5G spectrum, with various carriers using the infrastructure to provide mobile services.

The single-ownership of the 5G spectrum raised concerns from the country’s major carriers over pricing, transparency and monopoly.

Anwar said the 5G plans would be evaluated to ensure they strictly followed procedures, alleging that there had been “no proper tender process”, without specifying details.

“It needs to be reviewed because it was not done in a transparent manner,” Anwar said at a news conference following his first cabinet meeting.

DNB said it would cooperate with the government’s review, stressing that the award of the contract to Ericsson had been conducted transparently.

“DNB hopes the review… will clear the air and enable full execution and implementation of the 5G rollout for the benefit of the nation,” it said in a statement.

The government will also revise and improve the 2023 budget tabled in October, Anwar said. The budget was presented in parliament by the previous government, but was not passed due to the general election.

Anwar also said his government will not roll back certain decisions made by the previous administration, but he did not identify them.

Anwar was appointed premier by the king last month, after the election resulted in an unprecedented hung parliament. Anwar’s bloc did not win a simple majority but he formed a coalition government with the help of other political blocs.

On Friday, he named his cabinet, which includes an ally accused of graft as his deputy.

Ahmad Zahid Hamidi, a co-deputy premier, is on trial over 47 charges of bribery, money laundering and criminal breach of trust. He has pleaded not guilty.

Anwar said he would not compromise on his pledge to fight corruption despite Ahmad Zahid’s appointment.

“I trust my cabinet team is determined to ensure we follow strict rules and the principles of good governance,” he said, adding that previous systems “allowed leaders to steal”.

Reporting by Rozanna Latiff; Writing by A. Ananthalakshmi; Editing by Kanupriya Kapoor and Raju Gopalakrishnan