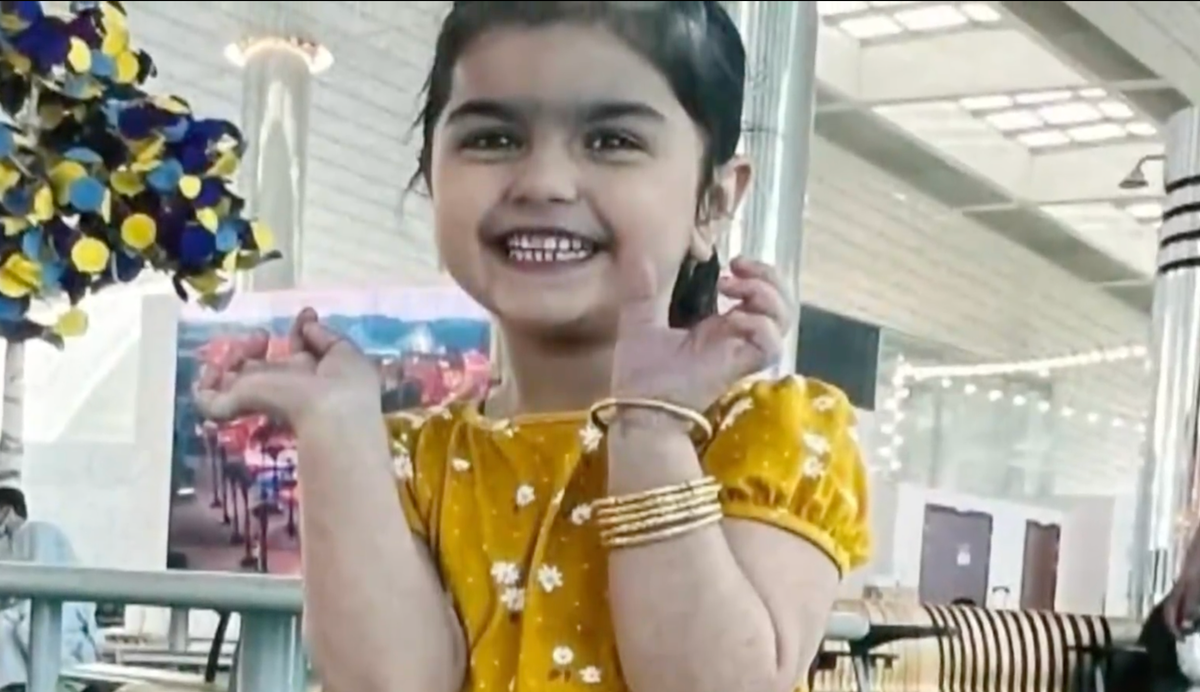 The family of missing three-year-old Lina Sardar Khil has shared a photo of hers taken on the day she disappeared.

Pamela Allen, who is representing the family, said the girl’s father Riaz Khil had shared Lina’s photo on Monday. The photo could potentially help in search operations being carried out.

Ms Allen, who is also the president of local nonprofit Eagles Flight Advocacy and Outreach, told ABC News that “the father sent that [the photo] to me because so many people were asking about jewellery”.

The photo was also shared on social media by the organisation on Monday.

It shows Lina wearing a red dress along with golden and blue bangles on both her wrists. She is also wearing small gold earrings and a “taweez” or religious amulet on her neck.

“That is the exact dress that she was wearing on the day that she disappeared. She did have on a black jacket that her mother said she put on her because she didn’t want her to be cold,” Ms Allen added.

The child, whose family reached the US from Afghanistan in 2019, was last seen on 20 December from an apartment complex playground.

She disappeared after her mother allegedly left her unattended for a brief period of time, San Antonio police chief William McManus earlier said during a press conference.

When her mother returned to the park, Lina was gone.

Lina was last seen between 4.30pm and 5.10pm at a park on Fredericksburg Road in San Antonio near the family’s home, police said.

A search operation being jointly conducted by the Federal Bureau of Investigation (FBI) and the San Antonio police department is now stretching to a month.

An FBI underwater search team deployed to look for the child was earlier called off without “any conclusive findings”.

“I wish there was more uplifting information I could give you to at least provide some hope, but I don’t have any of that information, unfortunately,” the police chief said on 4 January.

Police claim they subsequently went door-to-door around the apartment complex trying to glean any information they could from locals pertaining to the girl’s whereabouts.

Subsequently, an amber alert issued for Lina was suspended on 7 January. Authorities, however, claimed the investigation was ongoing and that the child was “an active missing person.”